Emerging Adults In, Out of, and Gone from the Church
By Thomas Baker
U.S. Catholicism
Books
Vatican II 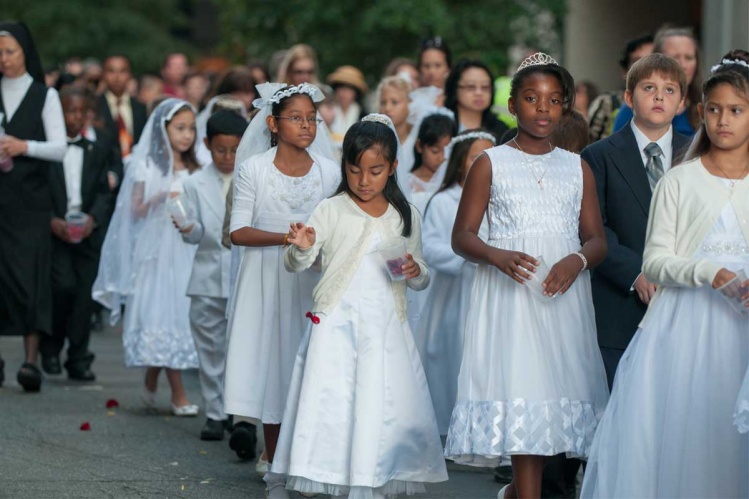 Here's the bad news for Commonweal readers, and we may as well get right to it: Just over half the young people raised by parents who describe themselves as “liberal” Catholics stop going to Mass entirely once they become “emerging adults”—a new demographic category that means either prolonged adolescence or delayed adulthood, defined here in Young Catholic America as ages eighteen to twenty-three.

But now, let’s put that sad trend in perspective: The picture isn’t all that much better for the children of “traditional” Catholics. Although only a quarter of those young adults say they’ve stopped going to Mass entirely, only 17 percent say they’re going every week, and in general, their allegiance to church membership and participation seems nearly as faded as the kids of so-called feckless liberals.

The fact is: In this discouraging book, the future looks bad for just about every flavor of Catholic. For those who remember Commonweal’s series on “Raising Catholic Kids” last November, the worry expressed by those dedicated, well-meaning parents seems here to be fully justified. You may hear about pockets of enthusiastically “orthodox” young adults out there somewhere, but as my old mentor in the market-research business used to say, the plural of the word “anecdote” is not “data.” Smith (a sociologist at the University of Notre Dame) and his co-authors have the data, and it tells us that the majority of Catholic “emergers” are, by our historical standards, not what we are used to thinking of as practicing Catholics at all.

Young Catholic America analyzes three waves of results from the National Study on Youth and Religion, collected from 2002 through 2008. Since many of the same young people were surveyed across this time period, the authors can compare earlier thirteen-to-seventeen-year-old respondents with those same young people five years later. Now that they’re eighteen to twenty three, their current status as Catholics might discourage even the most ardent evangelist. Only 7 percent of these young adults who might have turned out Catholic can be called “practicing” Catholics—if “practicing” is tightly defined as attending Mass weekly, saying that faith is extremely or very important, and praying at least a few times a week. About 27 percent are at the other end of the spectrum, classified as “disengaged,” meaning that they never attend Mass and feel religion is unimportant. In between these two poles is a complex landscape of the marginally attached—perhaps willing to identify themselves as Catholic, attending Mass sporadically at best, and in general living life with their Catholic identity as a more dormant, if not entirely irrelevant, force.

Perhaps the most depressing chapter is one where we hear not numbers like these, but the actual words of some of these younger should-be Catholics, a small sample of whom the authors interviewed in 2008. Most were “out,” considering themselves estranged from the church or no longer Catholic, and only twelve met an expansive definition of “active.” For everyone, active and not, “church” seems associated primarily with morals and obligatory Mass attendance rather than anything that sounds like Jesus and the Gospel. More disturbingly, their vague priorities of “being a better person” don’t seem likely to generate much of a desire for deeper answers to life’s questions, at least in the short run. “It’s just easier not to follow a religion, is what it comes down to,” says a typical young adult—and even though I feel that way some of the time myself, it’s hard not to agree with the authors’ sense that this is a generation largely lost to what we oldsters think of as Catholic identity.

So, what brought us to this point? Young Catholic America reminds us that bad as these statistics may look, in fact they are not new: Mass attendance and other measures of involvement and allegiance among young adults have been at low levels since the 1960s. To the authors, the genesis of the decline is clear: “After [Vatican II] ended, the church in the United States did a less than ideal job of instructing the faithful in the pews about its teachings and their implications.... It does not appear that such unified, lucid, authoritative instruction and direction was provided.” This, of course, is a familiar trope from conservative analysts of the church’s plight, naïvely assuming that our crisis of membership and allegiance is primarily a failure of ardor in education and explanation.

It seems to be an appealing idea to some that our bishops could have prevented the collapse of Catholic culture in the 1960s if only they had preached doctrine and Catholic obligations more heroically. However, from my years in business, I can tell you there are few sadder phenomena than a company that thinks its failed product would surely have been successful if only customers could have had its greatness fully explained to them. The theory that vigorous teaching could have saved Catholic culture understates the magnitude of what has happened to church authority and credibility. It also casts a rosy nostalgic glow around the preconciliar church, remembering it as an era of higher Mass attendance (definitely true) and religious literacy (more doubtful, in my mind, although it certainly was a golden age for Catholic facts and lists).

But never mind the post hoc theorizing—what do these young people themselves report about the reasons for their weakened ties to Catholicism? There is little evidence from the authors’ interviews that the issues so neuralgic for many Commonweal readers—the male hierarchy, bad preaching, sexual abuse, the church’s position on gay Catholics and marriage, the alliance of so many bishops with Republican political agendas—are at the top of their list of problems. (Other studies, such as those cited by Robert Putnam and David Campbell in American Grace, do suggest a recent trend of young people abandoning religion because of its closer alignment with conservative politics.) Instead, the most obvious factor identified in both the interviews and the survey data in Young Catholic America seems to be disaffection from Catholic sexual teaching, dramatically so with respect to both premarital sex and birth control.

It should be no surprise to observant parents that 61 percent of even the “practicing” category of unmarried emerging adult Catholics report that they have had premarital sex, with 60 percent of those having had sex within the past month—only slightly lower than the percentages reported by much more marginal Catholics. In interviews, even churchgoing young Catholics acknowledge they have major differences with the church’s “unrealistic” teaching in this area. (Surely it’s also one of the reasons younger Catholics are less likely than ever to present themselves at a parish for Catholic marriage.) It’s an impasse of a magnitude that all the New Evangelization and Theology of the Body workshops in the world seem unlikely to resolve anytime soon.

DOES ANYTHING "WORK" in the face of all this data suggesting that nothing does? The authors point out that marriages where both partners are Catholic are more likely to produce children who stay at least marginally Catholic; that fathers’ active involvement in religion is particularly helpful; and that Catholic schools do make it slightly less likely that a graduate will completely abandon practice in later life. Yet even these factors seem to operate on the margins in terms of statistically proven effectiveness. As a parent, you’ll finish this book feeling as if, even if you do everything right, the odds are way less than 50-50 that you’ll see your children turn out as Catholic as you are.

This is a difficult book—not simply because of the sense of helplessness it may generate, but because it is densely packed with analysis that may discourage readers unfamiliar with complex research and social-science data. It requires keeping track of multiple classification schemes the authors have developed to define Catholic involvement and adherence, and also deciphering pages of bar graphs where the different shades of muddy gray are almost impossible to distinguish. Yet despite the obstacles, all those concerned with youth evangelization, campus ministry, or the overall demographic future of the church will need to engage this book and its data, even if they don’t agree with the authors’ diagnosis of the underlying causes.

Where do we go from here? That re-do, or un-do, of the 1960s that many seem to be hoping for seems unlikely, and a strategy predicated on reviving the Catholic culture of another era will, at best, attract a passionate minority. Whatever happens, we’ll need to change the way we talk about the boundaries of our Catholic enclave, because the majority of our young adults have placed themselves outside it, and don’t show many signs of coming back voluntarily.

Perhaps the only hope is Pope Francis’s recent emphasis on making the “kerygma” of the faith a far higher priority than doctrinal and moral pronouncements. Even half of some of the most disaffected Catholic young people in this book’s survey data claim they believe that Jesus was the Son of God, raised from the dead. It’s a start, at least. And when you’re done reading Young Catholic America, you may find yourself thinking it’s the only message they might be able to hear.