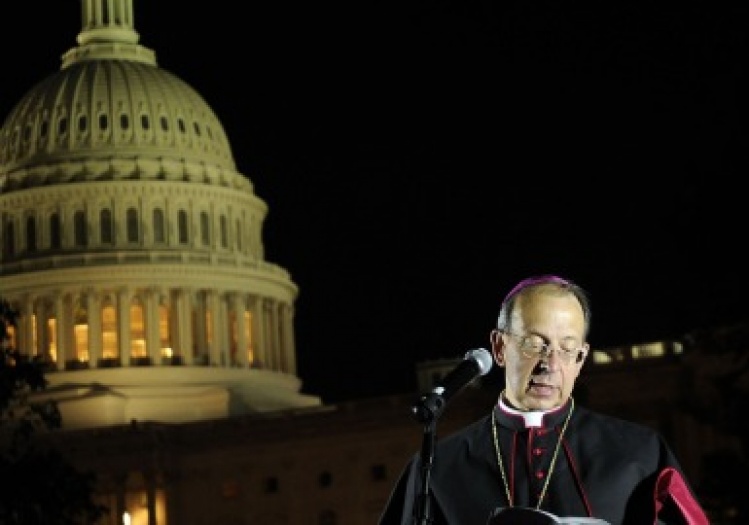 The late-June release of the Supreme Court’s more controversial or culturally salient decisions has become a major media event—like the Oscars, or the election-day tallying of the midnight ballots from Dixville Notch. Refreshing, if archaic, rules prohibiting cameras and live broadcasting from the Court cause tens of thousands to glue themselves to celebrity law-reporters’ Twitter feeds and the SCOTUSBlog webcast.

That said, and the end-of-session drama notwithstanding, few Court-watchers or constitutional-law experts were actually surprised when, in United States v. Windsor, a narrow majority ruled that Section 3 of The Defense of Marriage Act, which comprehensively defined “marriage” and “spouse” in federal law to exclude same-sex partners, was unconstitutional. Although there were some puzzling and fuzzy “federalism” and “state sovereignty” aspects of Justice Anthony Kennedy’s opinion for the majority, the bottom line of the Court’s holding was fairly clear and widely expected: a narrow majority of justices agreed that the challenged section of DOMA unconstitutionally deprives some persons of the “equal liberty” protected by the Fifth Amendment. In Hollingsworth v. Perry, the Court let stand a trial-court ruling invalidating California’s Proposition 8, which outlawed same-sex marriage.

As it happened, the Court’s decisions in Windsor and Perry, were announced in the middle of the second annual “Fortnight for Freedom,” during which the U.S. Catholic bishops have urged Catholics and their fellow citizens to focus on the importance of, and the threats to, the fundamental human right to religious freedom. Do the Court’s Windsor and Perry decisions, and the recent moves in several state courts and legislatures to include same-sex unions in the legal definition of “marriage,” constitute such a threat?

It might seem that they do not, because—as President Barack Obama observed in his statement responding to the rulings—“how religious institutions define and consecrate marriage has always been up to those institutions” and “nothing about [the Court’s] decision—which applies only to civil marriages—changes that.” It is true that core and unlikely-to-change First Amendment doctrines would almost certainly prevent any attempts by the states or the federal government to direct or limit “how religious institutions define and consecrate marriage” for their own internal, “religious” purposes. Indeed, some have argued—as Paul Griffiths did, for example, in Commonweal (“Legalize Same-Sex Marriage,” June 28, 2004)—that both the church’s freedom and “Catholic marriage practice” could be helped rather than hurt by the “disentanglement of sacramental marriage from state-sponsored contractual marriage” and, relatedly, by the legal recognition of same-sex marriage.

Griffiths is right to warn Christians against allowing debates about the government’s treatment and definition of marriage to distract us from, or absolve us for, the troubling fact that we too often fail, in our “practice,” to bear effective witness to what he calls the “seductive beauty” of the traditional understanding of marriage. I worry, though, that—as the editors of Commonweal have observed (“Protecting Religious Freedom,” July 29, 2011)—the dangers to religious freedom posed by the legal redefinition of marriage are real and that “disentanglement” is not a stable or feasible response to these dangers.

In an important 2008 volume called Same-Sex Marriage and Religious Liberty: Emerging Conflicts, an ideologically diverse collection of scholars identified carefully the many “potential church-state conflicts” that have been and will be “triggered by redefining legal marriage.” Again, these conflicts need not involve direct regulation of sacraments or rituals in order to challenge, threaten, or undermine believers’ and communities’ religious liberty. Instead, what is likely to happen—what is already happening, in fact—is that these conflicts will erupt and play out not within religious communities themselves but in the sphere of civil society, where they will involve, for example, requirements for professional licensing and accreditation, limits on religiously inspired expression and advocacy regarding marriage in public education and employment, conditions on otherwise generally available public benefits or on cooperation between governments and religious social-welfare agencies, expansions of the wide range of antidiscrimination laws and conscientious objections to those laws’ application, and attacks on the charitable and tax-exempt status of religious entities that adhere in their practices and teaching to the traditional view of marriage.

In recent years, a group of law professors (including me) with differing views on the policy merits of changing the legal definition of marriage has presented to legislators in various states a detailed analysis of these and other live and potential conflicts, and urged them to include in any new legislation not merely superfluous affirmations of churches’ authority over their own sacraments but also “meaningful religious freedom protections,” for both individuals and institutions, in both the private sphere of worship and belief and the public square of civil society. The group’s letters, in other words, take seriously the acknowledgment by President Obama and other prominent same-sex-marriage supporters that there are fair-minded and decent people on both sides of the argument and remind lawmakers that both prudence and principle counsel protection and respect for the consciences of religious believers and the distinctiveness of religious institutions.

These interventions have had nontrivial but admittedly modest effect. They have been criticized by some same-sex marriage advocates for privileging the irrational and atavistic objections of some over the full equality of others and, at the same time, they have been given low marks by some proponents of traditional marriage for offering naïve and premature concessions to an aggressive and uncompromising political and cultural campaign. Nevertheless, I continue to believe that it is important and worthwhile for those who see and embrace the connection between human dignity and the human right to religious freedom to do what they can—even if it does not seem like very much—to protect that right in and through law. Such work is not inconsistent with, and need not be counter-productive to, equally important efforts to, charitably and prudently, align the positive law with the truth about the person and enlist it in the service of the common good.

Justice Kennedy’s Windsor opinion and much of the commentary celebrating it provide good reasons to be wary and worried. The limited scope of the Court’s decision should not obscure the sweeping nature of its reasoning. At the end of the day, Section 3 of DOMA was struck down not so much because it intruded upon the policymaking prerogatives of the sovereign states but because—in Kennedy’s words—it “humiliates,” “demeans,” “disapprov[es],” and “seeks to injure.” It reflects, he charged, a “bare congressional desire to harm” and “writes inequality into the entire United States Code.” It is unconstitutional, really, not because it imposes a “one size fits all” definition and thereby hamstrings state-level experimentation, but because the Court majority thinks it reflects unsound, unreasonable, unenlightened, and unattractive opinions about marriage and family.

It is easier to respect religious freedom in law and policy when everyone agrees or when governments do not do very much. With disagreement and regulation, however, inevitably comes conflict between religious commitments and legal requirements and, when it comes, the majority tends to take care of itself. What about the rest? In a constitutional democracy like ours, we are generally willing to absorb some costs and suffer some inconveniences in order to accommodate the invocation of rights by dissenting or idiosyncratic minorities, especially when the majority thinks that it has a stake in those rights. For example, America still takes a robustly libertarian approach to the freedom of speech, and protects offensive and worthless expression to an anomalous extent, because most Americans still think that protecting misuses and abuses of the right is “worth it.”

However, as religious liberty increasingly comes to be seen as something clung to by a few rather than cherished and exercised by many, as religious traditions and teachings start to strike many as the expensive and even dangerous concerns of quirky, alien margin-dwellers, and as the “benefits” of allowing religious believers’ objections or religious institutions’ independence to stand in the way of the majority’s preferred policies begin to look more like extractions by small special-interest groups than broadly shared public goods, we should expect increasing doubts about whether religious liberty is really “worth it.” We should be concerned that the characterization by the majority in Windsor of DOMA’s purpose and of the motives of the overwhelming and bipartisan majority of legislators that supported it reflects a view that those states—and religious communities—that reject the redefinition of marriage are best regarded as backward and bigoted, unworthy of respect. Such a view is not likely to generate compromise or accommodation and so it poses a serious challenge to religious freedom.