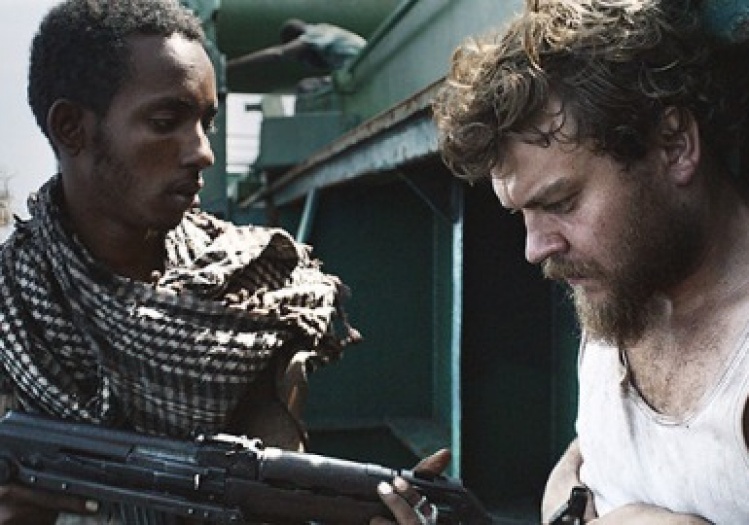 The German-Jewish political philosopher Hannah Arendt (1906–1975) lived a life emblematic of her era, a casualty of Hitler’s rise to power who emigrated to the United States and became a prominent New York intellectual. But singular aspects of her curriculum vitae lent her a special gloss of fame—first as the student and lover of the philosopher Martin Heidegger, and second as the writer of a five-part New Yorker report on the 1961 Israeli trial of Adolf Eichmann. Those articles and her subsequent book, Eichmann in Jerusalem, ignited an incendiary controversy among Jewish intellectuals and other observers who accused -Arendt of downplaying Eichmann’s crimes while showing insufficient sympathy for his victims. Residual echoes of that argument make her an object of enduring interest, as does the landmark concept she contributed to the world’s moral lexicon: “the banality of evil.”

It’s difficult to imagine a director better equipped to handle such a life than Margaretha von Trotta. Born in Berlin during World War II, von Trotta has repeatedly focused her work on the political and intellectual efforts of women in a world dominated by men, including Rosenstrasse (2003), which chronicled the wartime struggle of German women married to Jewish husbands. Hannah Arendt is the final installment of the director’s trilogy of feminist historical biopics—all with Barbara Sukowa in the lead roles—beginning with Rosa Luxemburg (1986) and continuing with Vision, a 2009 study of Hildegaard of Bingen, the twelfth-century Benedictine nun renowned for her polymath aptitudes in science, music, medicine, and philosophy.

Hannah Arendt offers a nostalgic immersion in the close-knit world of postwar New York intellectuals, a romance of the combative jeu d’esprit and the sometimes antagonistic intimacy that united such diverse figures as Mary McCarthy (Janet McTeer), with whom Arendt taught at Bard College, and Hans Jonas (Ulrich Noethen), her fellow German Jew who, like her, studied with Heidegger—and who, unlike her, bitterly renounced him for his Nazi enthusiasms. The film ably recapitulates the furor Arendt excited by insisting, in her reports from the trial in Israel, on three points: first, that Eichmann was not the kind of monster one might have expected but rather something new, a functionary whose evil was bureaucratic in nature; second, that the trial itself, insofar as it purported to scrutinize and judge one individual’s actions, was a travesty; and third, that during the Holocaust Jews collaborated in varying degrees with Nazis like Eichmann, worsening their collective fate. It was for these assertions, and for a certain intellectual hauteur with which she made them, that even such close friends as Hans Jonas eventually repudiated her.

Not much happens in Hannah Arendt other than the Eichmann trial, which von Trotta awkwardly weaves in using film footage of the event from TV and newsreels, and viewers may justly wonder whether Arendt’s actual lived life makes much sense as a dramatic subject. How to dramatize the life of an intellectual and writer? “Thinking is a lonely business,” Heidegger (Klaus Pohl) intones to the young Arendt; and it’s a highly uncinematic one too. Sukova struggles mightily to convey Arendt’s mix of thrusting forensic swordsmanship, lively intellect, and superior ironic tone, and succeeds in winning from us a measure of sympathy. Shunned by a dying lifelong friend who accuses her of betraying the Jewish cause, and specifically of feeling no love for the Jewish people, Arendt can only stammer out an argument about the personal nature of human affection. “Why should I love the Jews?” she asks as the dying friend literally turns his back. “I love my friends—this is the only kind of love I am capable of.”

Such moving moments notwithstanding, the film is remarkably static, content to chronicle these events rather than explore and dramatize them. I find it hard to know what the intended audience is. Viewers unfamiliar with the story of Arendt’s controversial writing will find the film impossible to follow; those who are familiar with the story may find it superfluous. Von Trotta fails to find a way to explore Arendt inwardly, or to make more of the Heidegger romance than a few perfunctory flashbacks, or to settle really on any goal other than establishing a point-by-point timeline of what happened.

But what did happen? A public intellectual wrote a series of articles that triggered enormous controversy. In its attempt to dramatize this, von Trotta gives us group shots of professors sitting around living rooms smoking cigarettes and vehemently arguing, followed by somber studies of Arendt lying on a daybed, smoking cigarettes and thinking. (The number of cigarettes consumed in this film beggars belief, and one witty critic commented that the film’s caricature of early 1960s New York “makes Mad Men look like a work of neorealism.”) At such ponderous moments it is hard to resist musing along in your own silent script: Hmmm, let’s see...the culpability of wickedness?...No...the fatality of violence? Ah...the banality of evil! Jawohl! Such mischievous temptations show how difficult it is to dedicate an entire movie to the genesis of a phrase.

IF YOU HAD TO choose a people whose ethic of fierce personal fearlessness, freedom from police control, and proximity to cargo-laden ocean shipping lanes would most conduce to success as modern pirates, Somalis would have to be high on your list. For decades the Somali highwaymen known as shiftas have made deep raids into Kenya, and caravans of Somali trucks careen through the East African deserts, smuggling loads of the amphetamine-like chewable leaves known as khat. Such recklessness has been sharpened by years of murderous civil war, mass poverty, and the near-complete lack of centralized authority. That the dumping of toxic waste by international companies has fouled traditional Somali fishing grounds only adds to the problem. Conditions for piracy were ripe well before the first boat was waylaid.

The young Danish filmmaker Tobias Lindholm has made a closely detailed study of Somali piracy, told from the victims’ point of view. His taut, unnerving film portrays the travails of the Rozen, a small cargo ship set upon in the Indian Ocean by a team of machine-gun toting Somalis. The film’s generic title—not The Hijacking but A Hijacking—suggests an illustrative case history, an incident among many such. And in fact East African piracy is a much bigger problem than the casual news follower understands. The BBC last year estimated that four thousand Somali pirates are active in the waters off East Africa; a hundred hijackings have occurred in the past three years, and in 2011 alone the pirates extorted $146 million from ship owners.

Lindholm, who in addition to directing wrote the script (he also co-wrote the current, highly praised Mads Mikkelsen film, The Hunt), keeps a tight focus on two locales: the interior of the cargo ship, where three Danish and four international crewmembers struggle to maintain sanity amid the increasing toil and peril of their captivity; and the boardroom of the company in Copenhagen, where the firm’s directors and CEO, Peter (Soren Malling), conduct harrowing telephone negotiations with the pirates’ hired negotiator, a mysterious figure named Omar (Abdihakin Asgar). Central to the film’s structure, and to its claustrophobic effect, is an unexpected symmetry of captivity, with the company executives almost as wholly trapped within their offices as the crew members are in the ship. We suffer with Peter, a corporate superman of steely disposition who bit by bit is undone as his hired antiterrorism advisor counsels him to take a hard line on the negotiations. Haggling over the ransom money for weeks and ultimately months, he knows that he is putting his crewmembers’ lives at risk; the responsibility exacts a steep psychic toll, so that we begin to fear for his sanity.

A Hijacking captures the nuances and paradoxes of Stockholm Syndrome. In one memorable scene, captors and captives, united by hunger, join to catch a big fish, then share a drunken feast, culminating in high fives and a boozy songfest; the next morning, however, it is as if the previous night’s camaraderie never happened, and the captives once again fear for their lives, the pirates menacing them with weapons.

The film bears comparison with Black Hawk Down, which followed our botched 1993 mission in Somalia. The two films share an atmosphere of unremitting tension. But where the Ridley Scott/Jerry Bruckheimer film put our brave soldiers at the mercy of howling black mobs and warlord villains straight out of James Bond, A Hijacking insists on a moral gray zone. While there is no attempt to humanize the pirates or to present their point of view—none of them speaks English—Lindholm abjures judgment and sets out instead simply to portray the ordeal as realistically as possible. What we watch for ninety minutes is a series of rational, albeit extremely precarious, negotiations. Both sides are conducting business, and their negotiations proceed with the usual ritual niceties—“Hello, Peter,” says Omar over the phone, “how are you this morning?”

To us in our never-ending global war on terror, A Hijacking offers ambiguous lessons and a shaky, curious reassurance, suggesting that at least sometimes we are dealing not with fathomless evil, but with real people asserting tangible interests. And we can do business with people who do business.