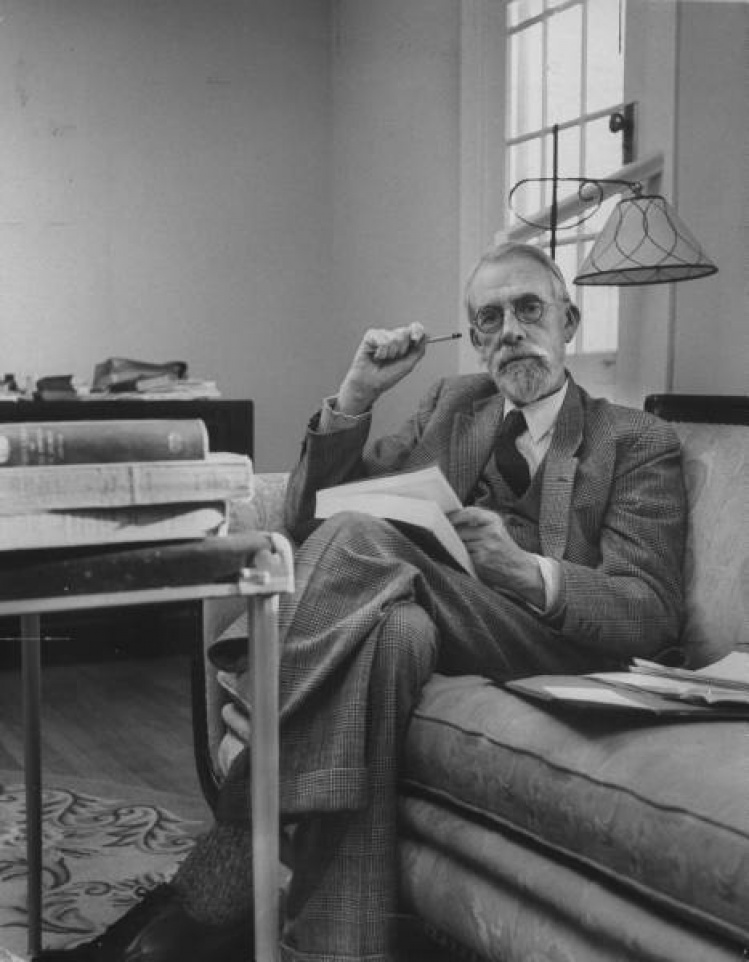 It sounded easy. What could be simpler than accepting an invitation to write about my loss of faith, the first hints of which may have begun during my years as an editor of Commonweal (1961–1967)? It turned out not to be so easy. I was in my early thirties then, nearly sixty years ago. My memory is full of fragments of my former religious life, bits and pieces of sharp memories mixed in with large blanks and lingering questions. There was no eureka moment, no sudden insight, just a slow movement away from religion over at least two decades in my early middle age. I will try to reconstruct that journey, but it began with a strong and solid work within the church. During my early thirties it was a rich mix of personal piety, my marriage, and my professional work.

To begin at the beginning, I was born in Washington, D.C., and my parents were both Catholic. My father’s ancestry was all Irish, my mother’s Irish and English. Unlike many other cities, Washington had no ethnic neighborhoods, save for a rigid segregation of black people. There was no St. Patrick’s Day parade. My father, a journalist, was erratic in his church attendance, and my mother more solid. But now and then she was capable of some critical comments about the church. I was sent to the local parochial school, notable for some unpleasant nuns, but then transferred to St. John’s High School, an all-male military academy run by congenial Christian Brothers.

My main accomplishment at St. John’s was to captain the swim team. A friend of my father helped me get into Yale, which then had the best team in the world. I was not, however, even close to my teammates, who broke many world records in my distance events. I quit at the end of my junior year.

The Brothers at St. John’s had not been happy that I chose Yale, worried that I would “lose my faith” at such a secular place. And William F. Buckley Jr., who overlapped with me at Yale, began his career with an attack on Yale’s secularism titled God and Man at Yale. I did not notice any hostility to religion as such, but I could not miss the dominance of Protestant prep-school graduates from affluent families. Catholics and Jews were distinct minorities.

I did not lose my faith at Yale; it grew stronger. A surprise was waiting for me: the discovery of my future wife in my junior year. Sidney deShazo, then a student at Bryn Mawr, was a religious searcher, Protestant by background, and moving about from church to church. Meeting me was her introduction to Catholicism, to which she soon converted, a religious as well as a coming marital bond.

I am not hostile to religion, nor to those still bound to the church, though I often find its hardcore conservative defenders poor models of belief.
sharetweet

When I was discharged from the army in 1955, I got an MA in philosophy at Georgetown and then moved on to a PhD in philosophy at Harvard, from 1955 to 1961. If I had not noted the secularism of Yale, I could not miss it in the philosophy department at Harvard. That bias was not so much in the courses but more in the institution’s social and cultural life. There were no more than a handful of Catholic students in the philosophy department. But I made many friends at the Harvard Divinity School—a school openly mocked for its origins as a Protestant seminary in the eighteenth and nineteenth centuries.

Meanwhile, Sidney and I were active in the Harvard Catholic Club, which tried to help students nourish their faith. For a time, I went to daily Mass, but, with a family to care for and courses to take, I could not manage that for long. Still, I had somehow made a name for myself as a Catholic and, when the Divinity School inaugurated a chair in Catholic theology, I was asked to serve as assistant to Christopher Dawson, an eminent British historian. During that time when ecumenism was coming to the fore, I edited the first American collection of essays by Catholic and Protestant theologians, Christianity Divided.

When I had finished my PhD prelims but was still completing my dissertation, I applied to Commonweal for an editorial position. I could not have anticipated two major developments when I started as an editor in 1961: the beginning of the cultural upheavals of the 1960s, which upended many traditional values; and Vatican II, which did something similar within the church.

As it turned out, my arrival on the staff, along with some others, marked a change for the magazine. Most of us had secular educations, and most were willing to take on the church, introducing a liberal perspective. We mildly hazarded disagreements with some church teachings on social and political issues, though not on basic theological ones. The debate on contraception and the publication of Humanae vitae in 1968 was the highpoint of that era (recently revisited in these pages: see the June 15 issue). “Mater Si, Magistra No”—a phrase coined by Garry Wills during a phone conversation with Buckley—caught the spirit of that era perfectly.

Just when my loss of faith began is to this day not clear to me. It crept up on me and seemed to have little to do with my complaints about the church. I hardly recognized it was happening. I seemed to have lost, bit by bit, a core part of religious faith—some sense of mystery and awe about life and its meaning. The philosopher and psychologist William James became famous for his probing of that phenomenon in The Varieties of Religious Experience. I think I may have sporadically had that experience earlier, but suddenly I noticed there was no trace of it left. Gradually, I also found the whole story about Jesus, his death and resurrection, implausible as well. I eventually ceased going to Mass as my interest waned and my boredom increased. I was running on empty.

This shift was a blow to my marriage. Sidney’s conversion to Catholicism—and her enduring faith ever after—created a profound tension. But her steadfast faith in both religion and our marriage has kept us together for sixty-four years. If in some sense I now seem describable as a hard-core atheistic secularist—a familiar crowd these days—I don’t feel part of that gang. I am not hostile to religion, nor to those still bound to the church, though I often find its hardcore conservative defenders poor models of belief. Their curled-lip hostility to Pope Francis serves neither their cause nor that of the church.

I cannot help noticing the decline in Catholic belief these days. I attribute it to a mix of secular modernism and rebellion against ecclesiastical authoritarianism: the legalization of abortion in Ireland; public-opinion surveys in the United States showing overwhelming Catholic support for contraception, and surprising support for abortion; a Catholic divorce rate only slightly lower than that of Protestants; a gradual but steady decline in church attendance and Catholic identification. Then there are the never-ending revelations of sexual abuse among priests and the cover-ups by bishops.

I have no great ideas to pass along to those still in the church. My own guess is that, one way or the other, papal authoritarianism will decline and be replaced by a more democratic ecclesial polity. The fact of widespread open dissent at both the clerical and lay levels, traceable first perhaps to open rejection of Humanae vitae, and now spread to many other sectors, is a sign of this shift. The kind of hostility toward Pope Francis displayed by arch-conservatives is itself evidence of an important change underway.

Is it the case that people like me, well educated and once religious, have been captured by the siren song of secularism? If this is our fault, should we try to remedy it, and how might we do so? If it is some fault of the church, how might that be remedied? If both the church and my kind bear some responsibility, how should we talk about this together?