When the Peripheries Come to You 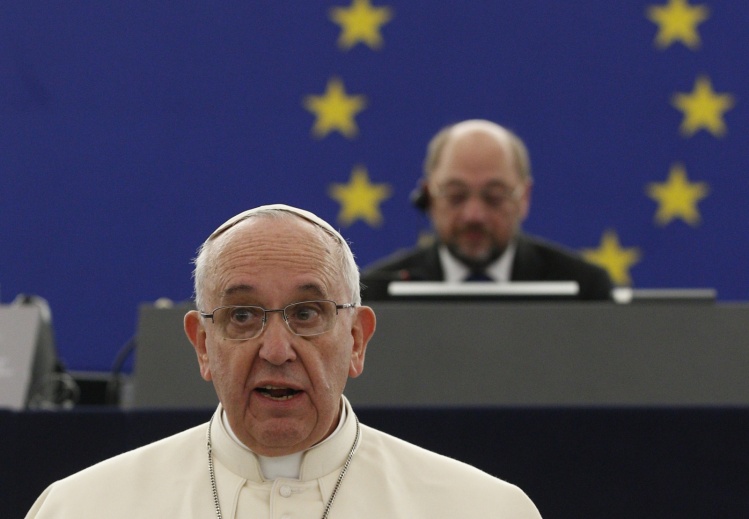 The election of the first Latin American pope was supposed to signal a turn toward a more global, less Eurocentric Catholicism. But, for reasons both ecclesial and geopolitical, this turn is taking much longer than expected.

Let’s start with the ecclesial. In the five years since Francis became pope, there have been only a few visible reforms aimed at devolving power from the center of the church in Rome to its peripheries in the rest of the world. These include the reform of marriage annulments and the motu proprio Magnum principium, which recognized the authority of bishops’ conferences over liturgical translations. Francis decided early on in 2013 to govern largely without the Roman Curia, first of all by creating the Council of Cardinals (or C9), which, it must be said, has not been a complete success. The council’s efforts to reform Vatican finances, for instance, have run into obstacles at every turn. Nor, despite Cardinal O’Malley’s efforts, has the council maintained a clear and consistent strategy for dealing with charges of sexual abuse.

The style of Francis’s “kerygmatic papacy” has more in common with that of John Paul II than with that of, say, Paul VI, with whom he has more in common theologically. Like John Paul II, Francis has been unwilling or unable to steer the Vatican machine in a new direction. But for him, this was never a priority. Reform of the Curia had been a priority for the cardinals who elected him. But as soon as they realized that Francis was not just the “caretaker pope” they thought he would be, many cardinals were relieved that he had no appetite for a major Curia reform. Since 2013 the Vatican has kept announcing that there would soon be a new “apostolic constitution” reshaping the Roman Curia. But every year it has been postponed. In January, the secretary of the C9, Archbishop Marcello Semeraro, made it clear that there will be no new apostolic constitution after all. (Strangely, he made this announcement not in an official Vatican publication but in a Bologna-based lay-run Catholic magazine, Il Regno, which is a sort of an Italian Commonweal.)

This fits Francis’s generally informal approach to church reform; he prefers to change the culture of institutions rather than their structure. The problem with this approach is that informal reforms will be easier for his successors to reverse. Francis needs to find ways to make sure his influence lasts beyond his own pontificate, but so far he has left the government of the Catholic Church largely untouched. His institutional reforms have mostly consisted of merging pre-existing curial dicasteries under new names, and adding a few women in subordinate roles. Some are still hoping that he will sort out the Curia before the end of his papacy. After all, Paul VI reformed the Curia in the fifth year of his pontificate (1967), and John Paul II in his tenth (1988). But the need for such reform was generally felt to be less urgent in those periods than it is now. And so it seems reasonable to assume that if Francis were going to undertake a major overhaul of the Roman Curia, he would have started already. The fact that he hasn’t will disappoint those who were hoping he would make the governance of the Catholic Church—and not only its culture—less sclerotic and Eurocentric.

Migrants and refugees are giving Europe a new centrality that political Europe does not want and that Christian Europe cannot refuse.
sharetweet

But apart from the challenge of decentralizing the institutional church, another development has made it more difficult for Francis to turn the church’s attention away from Europe to the peripheries: more and more people from the peripheries are arriving in Europe. Despite all the recent efforts to control the massive influx of migrants and refugees, Europe remains the destination of choice for people fleeing from war and poverty in Africa and the Middle East. The charismatic Francis has been very good at reminding Catholics in Europe of their responsibility to welcome and care for refugees, but—despite all the talk about global peripheries—the migration crisis has undeniably re-centered the church’s attention on Italy and the rest of Western Europe. So has the abdication of moral leadership in other parts of the world, including the United States. Instead of taking a step back to allow emerging powers to assume greater responsibility, Europe must suddenly step forward.

Migrants and refugees are giving Europe a new centrality that political Europe does not want and that Christian Europe cannot refuse. In the early 2000s the European Union rejected the mention of Europe’s “Christian roots” in its Constitution, but those Christian roots are still there and they are being tested by the refugee crisis. Europe must resist the temptation to become a fortress. Whether it will remain Christian in any meaningful sense will depend partly on how it treats the desperate foreigners who have washed up on its shores. Church attendance is not the only way to measure the Christian character of a people.

As Europe and the Catholic Church rethink their relationship to each other, two bits of conventional wisdom have gone by the wayside. Twenty-first-century Europe is not going to be as secular as many had assumed it would be, thanks to the arrival of many new religious groups. And the liberation of Roman Catholicism from its medieval and early-modern forms of governance is going to take much longer than one pontificate: it will require generations, if not centuries.