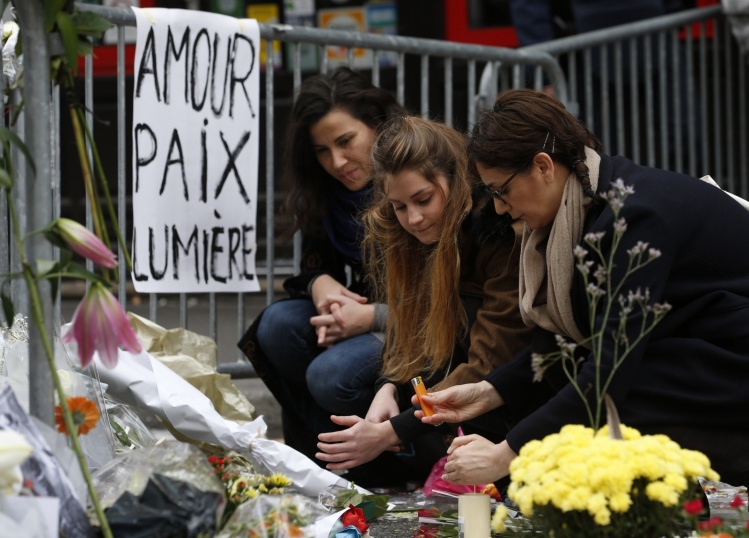 This week fifty-two-year-old Khalid Masood drove a vehicle into a crowd on Westminster Bridge in London and attacked bystanders with a knife, killing four and wounding more than forty before being shot and killed by police. In the hours after, eight people were arrested in association with the planning of the attack, for which ISIS has claimed responsibility.

The routine that follows an attack has grown familiar: shows of solidarity, Facebook “thoughts and prayers,” spotlights on heroic victims and grieving families. In the days and weeks to come, the world’s attention moves on. But for those directly affected, everything stops. How do you re-enter a world you no longer recognize, one in which you’re without a limb or a loved one?

The night before the attack in London, I opened the memoir of Antoine Leiris, You Will Not Have My Hate. Leiris’s wife Hélène died in the Bataclan Theater in the November 2015 terrorist attack in Paris, leaving him and their seventeen-month-old son Melvil behind. The book begins with the panic and uncertainty of the night of the attack and the discovery of Hélène’s death, and brings us through the first two weeks of life without her.

You Will Not Have My Hate began with a Facebook post written three days after the attack. “On Friday night, you stole the life of an exceptional being, the love of my life, the mother of my son, but you will not have my hate,” Leiris wrote. “To respond to your hate with anger would be to yield to the same ignorance that made you what you are. You want me to be scared, to see my fellow citizens through suspicious eyes, to sacrifice my freedom for security. You have failed. I will not change.”

The post spread through Facebook and attracted much media attention. In an interview with The Guardian, Leiris downplayed the radicalness of this idea: “It was a reflex–and not only mine. I have met many people affected by attacks who reacted this way. It is a protection. You have experienced something so awful–when you are plunged into shadow, you have to find some light in yourself. It is an instinct.”

Leiris’s response is simple: through hate, we forfeit life
sharetweet

Over the two weeks of grief chronicled in his book, his instinct is to cling tightly to his son, whose own responses bring him measures of both distress and comfort. He views the world through Melvil’s eyes, and encounters it according to his schedule: naps, playtime, reading, daycare drop-offs, and nightly dinners prepared by a team of mothers. He fears he will never be enough for Melvil–who could ever substitute for a mother? And how should he and Melvil cope with the hatred that killed Hélène?

Leiris’s stance attracted plenty of critics, who accused him of insufficient patriotism or of being too blasé about justice and security. “They see me as someone weak who accepts terrorism, who says there is no problem. That is untrue…You want to bring me to my knees? No, I will stand and not respond as you want me to respond.”

His response is simple: through hate, we forfeit life. “There are only two of us–my son and myself–but we are stronger than all the armies of the world,” he writes. “I don’t have any more time to waste on you, as I must go to see Melvil, who is just waking up from his nap. He is only seventeen months old. He will eat his snack as he does every day, then we will play as we do every day.”

Any grief counselor will tell you how important routine is in recovering from trauma, but this is not enough. One needs a reason for moving forward, a belief in the goodness of carrying on. Leiris shows us peace is not weakness, but a way to re-enter the world. “All his life this little boy will defy you by being happy and free,” he insists. “Because you will not have his hate either.”