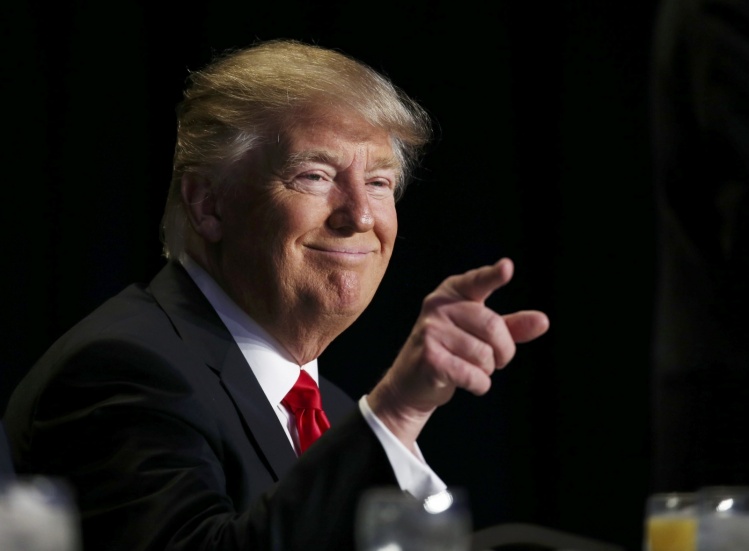 In the wake of President Donald Trump calling former President Barack Obama a “bad (or sick) guy,” and declaring, without proof, that Obama tapped his phones, mental health professionals across the nation are once again diagnosing the current president as mentally unhinged, unstable, and unfit to serve as president.

As Allen Frances, the psychiatrist who wrote the criteria for the disorder that mental health professionals use to label Trump—narcissistic personality disorder—noted, Trump may be “a world-class narcissist but this doesn’t make him mentally ill.” And as Richard Friedman wrote in a New York Times Op-Ed piece, “it is unethical for [mental health professionals] to diagnose mental illnesses in people they have not examined and whose consent they have not received.”

On May 27, 2013, however, the day that a long-awaited (nineteen years), newly revised edition of the “the psychiatric Bible”—the DSM-5 (The Diagnostic and Statistical Manual of Mental Disorders)—was published by the American Psychiatric Association, another diagnostic manual appeared: The Diagnostic Manual of Mishegas (DMOM). Happily, this manual provides us with an accurate and sound set of criteria by which to determine the president’s mental and emotional states.

“And let me tell you,” Dr. Farblondget told us in a recent interview, “this man is totally meshugah, and I mean totally. And he is also farmisht, fartummelt, fardrayt, and yes, farblondget too. Obama is the bad, sick guy? Ha! I think what we got here is a classic case of projection. And what we also got is a kvetch, a momzer, a gonif, a schmuck, a chalaria, a chazzer, and a world-class putz.”

The DMOM is mercifully shorter, at seventy-four pages, than the thousand-page DSM-V, and instead of unintelligible run-on sentences about phenomenological sub-groups and numerical codes that allow for clarification of pertinent factitious, dissociative and Appendix-related disorders, the DMOM contains common-sense definitions one can reasonably apply to Trump.

What we did—and what we recommend to readers—is to join “categories of mishegas” to President Trump’s lies, distortions, delusions, nonsensical statements, and dangerous pronouncements and policies.

Thus, under “Cockamamie Conditions of Character”:

2.6. Momzer. A momzer—literally, a bastard—refers to any mean-spirited, nasty, untrustworthy, unscrupulous, detestable man…. One cannot say that a momzer truly suffers from mishegas, for that would imply that momzers are victims. But a momzer spends his life victimizing others, and is a victim, if at all, due only to his innate pathological nature.  When a momzer is also a macher (a big shot), the combination is deadly.

Think: Mexicans as rapists, intelligence officers as Nazis, denigrating war heroes, grabbing women by their pussies, cheating at golf, climate change as a hoax invented by the Chinese, etc.

One thing the president is not: a mensch
sharetweet

Or: “2.3. Kvetch. To complain in a whiney often high-pitched tone. Kvetch can also be used as a noun, to refer to the person who kvetches. In their eternal insatiability, kvetchers have many affinities with tsuris-addicts. [‘Turis-addiction’—1.1 in the Mishegas Manual—‘is a wide-spread condition which …by encouraging kvetching, enables people to spread gevalt-laden gloom and doom everywhere’].”

Think: rigged election, the press as “the enemy of the people,” 3 million illegal voters losing the popular vote for him, Meryl Streep as over-rated actress, inner cities as disasters, etc.

And: “1.13.2. Spilkes Major. Spilkes major is the most prevalent form of mishegas major…. When one is afflicted with spilkes major, the spilkes—the nervousness, angst, ants-in-the-pants-and-tuchus—becomes a world unto itself.”

Think: attention span (lack of), book-reading habits (nonexistent), stalking debate opponent, and think also, Dr. Farblondget suggests, of vast wells of insecurity that result in adoration of dictators, cavalier attitudes towards nuclear war, and idealization of violence. For example, he called our attention to this: “When the students poured into Tiananmen Square, the Chinese government almost blew it,” Trump said in 1990. “Then they were victims, they were horrible, but they put it down with strength. That shows you the power of strength. Our country is right now perceived as weak… as being spit on by the rest of the world.”

Think of this from former New York Mayor Michael Bloomberg: “I’m a New Yorker, and I know a con when I see one.”

While Dr. Farblondget encouraged us to connect the multitudinous examples of mishegas exhibited by Trump to the discrete list of disorders in his Mishegas Manual, he urged us to look more carefully at the obvious: at what Trump has actually said and done, and thus realize that although Trump may be many things—a momzer, a schmuck, a gonif, etc.—there is one thing he is not: a mensch.

He also cautioned us not to spend inordinate amounts of time trying to analyze and understand Trump, for “a fool,” he said, quoting a favorite saying of his father, “can throw a stone into the water that ten wise men cannot recover.”