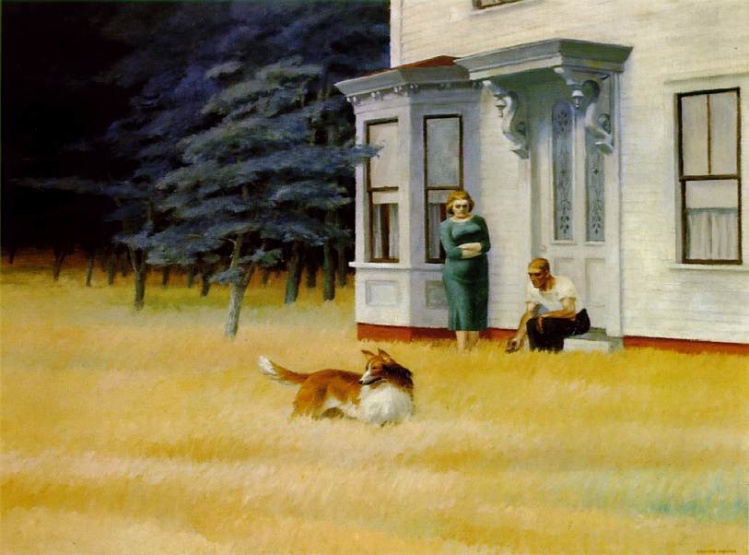 My year of reading began January 1 with Tina Brown’s The Vanity Fair Diaries, the gift of an elderly artist neighbor whose adventures would provide more-than-ample material for her own volume of observation and documentation. I mention Brown’s empty-calorie chronicle not to recommend it, though as a record of 1980s-style excess—in magazine publishing, finance, and real estate—it unintentionally confirms that greed, in fact, is not good. Rather, I mention it because it was only the first of many diaries and diary-like works I would read in 2018. Herewith a carefully selected trio.

In her two-part An Italian War Diary (NYRB Classics, $17.95, 320 pp.), Iris Origo writes plainly and powerfully and very little about herself—even though she would have made a fascinating subject. Daughter of a British aristocrat mother and a rich American father, she married an Italian and lived on a Tuscan estate, and her connections (from Virginia Woolf to the U.S. ambassador in Rome, who also happened to be her godfather) provided entrée into both the literary and diplomatic realms. She had love affairs and lost an infant child to meningitis. These facts get glancing mention at most. Origo’s diaries are simply what their titles state: clear, dispassionate recounting of the months leading up to Italy’s alliance with Germany in World War II (A Chill in the Air: 1939–1940) and the years of German occupation and Allied bombing that followed (War in Val d’Orcia: 1943–1944).

Like many native Italians, Origo herself was at first optimistic about Mussolini, but she soon turned skeptical. A July 1939 entry, in which she paraphrases an aristocrat friend who is “whole-heartedly but not wholly uncritically loyal” to il Duce, seems to convey her own growing distaste:

[The count] emphasizes one trait which strikes everyone who has ever worked with Mussolini: his unbounded, almost undisguised, utterly cynical contempt for his own human instruments. Except for his brother and perhaps his daughter, there is no human being in the world whom he loves and trusts. He believes in the ability of his son-in-law; he does not trust him. A sentimentalist about ‘the people’ en masse, he is completely cynical about all individuals, and measures them only by the use he can put them to….  Yet so great is his personal ascendancy that his underlings—knowing they themselves will be kicked away as soon as they cease to be useful—still retain their personal devotion to him.

A sense of foreboding permeates Origo’s first volume, heightened by our knowledge that Italy will soon, in fact, ally itself with Hitler. Never mind that the majority of ordinary Italians have no desire to fight alongside Germany, their recent enemy; the pro-war press and politicians present the alliance as the only way to throw off “the yoke of Anglo-French domination of the Mediterranean.” The spirit of the Risorgimento is “in the Italian blood,” Origo writes, “and if they can be made to see this war as part of the same struggle they will fight.”

She takes no pleasure in her prediction. “Is it possible,” she writes in the first volume, “to move a country to war against its historical traditions, against the natural instincts and characters of the majority of its inhabitants, and very possibly against its own instincts? Apparently it is…” She looks back on this observation in her second volume, only now in the context of the choice having gone disastrously wrong for Italy. Her Tuscan estate has become a sanctuary not only for refugees fleeing Allied bombing, but also for deserters, escaped prisoners of war, and endangered partisans. As Germany’s occupying forces creep closer, this humane and highly literary reflection becomes a page-turning account of life during wartime, culminating in a dramatically reported flight to safety under heavy fire, across an exposed plain, with dozens of refugee children in tow. Ultimately, from her detailing of the anxious run-up to the conflict to her sober descriptions of the devastation in its aftermath, Origo has left something more than a diary: it’s a document that compels us to remember the human wages of war, and to remain skeptical in the face of those who insist on its necessity.

Geoff Dyer compels us to consider an entirely different set of questions in Zona: A Book about a Film about a Journey to a Room (Vintage, $14.66, 240 pp.). Such as: Why are we drawn to a work of art? What is the purpose of criticism? Is there any point to existence? And why would an author devote more than two hundred pages to contemplating a relatively unknown cinematic masterpiece by a director many ordinary filmgoers are probably not familiar with?

Why are we drawn to a work of art? What is the purpose of criticism? Is there any point to existence?
sharetweet

The film is 1979’s Stalker, by the great Russian director Andrei Tarkovsky, a work that has haunted Dyer since he first saw it more than thirty years ago and through nearly three-dozen viewings since. Those who have read Dyer know that he can be, shall we say, a discursive writer: it is only on page 150 that he gets around to something like a statement of purpose.

Stalker is a film that can be summarized in about two sentences. So if summary means reducing to synopsis, then this is the opposite of a summary; it’s an amplification and expansion.… What is the purpose of such an exercise? The exercise is, of course, its own purpose, an end in itself. Whether it will amount to anything—whether it will add up to a worthwhile commentary, and whether this commentary might also become a work of art in its own right—is still unclear.

What about Stalker itself inspired Dyer to such an exercise? Fans of the film may have an inkling: this epic sci-fi allegory of faith, hope, and art—filmed largely in the ruins of an Estonian power station, scored to buzzing synthesizer and distant sounds of wind, birdsong, and marching music—mesmerizes from its enigmatic opening scene to its truly unsettling finish. The actresses Tilda Swinton and Cate Blanchett are noted devotees; Blanchett has said that “every single frame of it is burned into my retina.” Dyer takes a close look at many of those frames, touching as he goes on Shakespeare, The Poseidon Adventure, Orthodox Christianity, William James, Chernobyl, Björk, Bergman, Bresson, and Bob Dylan’s “Every Grain of Sand.” This list, though, doesn’t even begin to adequately describe his method, an expansive one that also frees him to aim critical barbs elsewhere (at the “overrated” Coen Brothers, at what he mystifyingly describes as the “tedious” L’Avventura) and to dwell on a long-lost knapsack. There are also 216 endnotes.

“If mankind was put on earth to create works of art,” Dyer writes, “then other people were put on earth to comment on those works…to articulate their feelings about them, even if those feelings are of confusion, uncertainty, or, in this case undiminished wonder.” You could call Zona the diary of an obsession, but that would sell it short; for this reader at least, Dyer’s book is a work of art in its own right. And you don’t need to be familiar with Stalker to relish it.

Undiminished wonder isn’t quite what Henry David Thoreau exhibits in Cape Cod (Penguin Nature Classics, $13.43, 336 pp.), though by the end of this chronicle his general crankiness of tone begins to soften. Compiled from notes taken over the course of three lengthy tramps along the outer Cape in the 1850s and published posthumously, Cape Cod threatens at first to remain stubbornly off-Cape. It opens with a lengthy chapter on a shipwreck in Cohasset, Massachusetts—as if this notoriously reluctant traveler was just looking for a reason not to venture any farther from Concord.

Soon enough, though, Thoreau and his unnamed companion arrive on the windswept expanses of what are known today as Nauset Beach and the Cape Cod National Seashore. Through the first half, Thoreau is mainly land-focused; a Walden-like mix of scientific and poetic language is deployed to describe the runty, weedy flora (early European settlers had clear-cut old-growth forests); the otherworldly dunes; and the sheer narrowness of the Cape’s upward-thrust forearm, heaving ocean and placid bay separated by what to him in places seems mere yards. He spends time with a Wellfleet oysterman, which results in a portrayal that says more about the author than its guileless subject. He often comments on the wreckage heaped all along the desolate beach; if nothing else, Thoreau in these sections makes clear how frequently, and fatally, ships met their ends on this shoreline: “Think of the amount of suffering which a single strand has witnessed.”

Yet in later chapters, Thoreau turns seaward, and his contemplation takes on a different quality. “Though once there were more whales cast up here, I think [the ocean] was never more wild than it is now. We do not associate the idea of antiquity with the ocean, nor wonder how it looked a thousand years ago, as we do of the land, for it was equally wild and unfathomable always…. The ocean is a wilderness reaching around the globe.” Paul Theroux, in the introduction to this edition, contends that Thoreau eventually achieves an “Ishmael” moment. Fair enough, I suppose, though instead of recalling Melville I found myself wondering how a contemporary environmental writer—say, Elizabeth Kolbert—might record her impressions of this fragile spit of land in a time of rising sea levels and vanishing ocean life. Is it possible to move a species so thoroughly against its own natural instincts? As Origo concluded about war, so might we conclude regarding our assault on the planet: apparently, it is.