Making Room for Something New 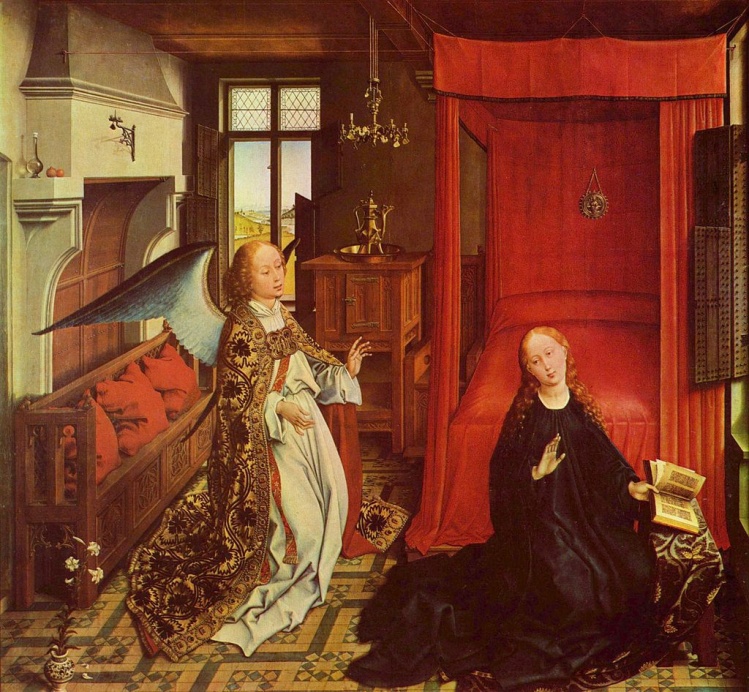 Lent may be the liturgical season most associated with introspection, but Advent, too, is a time for looking within, rummaging through memories, and making room for something new. Three books have prepared me for Advent and Christmas this year, each in different ways concerned with the mysterious deep of the human self.

C. S. Lewis is mainly remembered as an apologist for Christianity, an essayist, and a children’s-book author. His accomplishments in these fields unfairly overshadow the jewel of a book that is his 1955 memoir, Surprised by Joy: The Shape of My Early Life (HarperOne, $16.99, 304 pp.). Yet it is easily in the same league as The Seven Storey Mountain and The Long Loneliness (even if, as at least one of Lewis’s friends noted, Lewis skips through a few significant events in his past). It differs from those books, however, in that Lewis tells only the story of how he came to believe: not in the God of Abraham, but simply in a god—of how his mind took on a shape that was receptive to the possibility of theism, to the presence of a creator.

I expected the book to be about arguments for God’s existence—a mostly philosophical text with scattered bits of autobiography. But the book spends more time describing a method of introspection. In many ways, it’s a psychological work. Lewis does talk about his friendships and the important books he has written about. But he also writes about the way he “learned to fear and hate emotion,” about how his “whole existence changed into something alien and menacing” by the early death of his mother. He confesses excessive self-consciousness in prayer, which crippled him: “No clause of my prayer was to be allowed to pass muster unless it was accompanied by what I called a ‘realization,’ by which I meant a certain vividness of the imagination and the affections.” This practice “threatened to become an infinite regress…. One began of course by praying for good ‘realizations.’ But had the preliminary prayer itself been ‘realized’?”

The key out of this prison is joy, which Lewis identifies as the experience “of an unsatisfied desire which is itself more desirable than any other satisfaction.” Usually the result of an encounter with beauty, it is “valuable only as a pointer to something other and outer.” Joy sparked in Lewis a desire to discover its source—and this led him out of his own head.

I read Ottessa Moshfegh’s latest novel, My Year of Rest and Relaxation (Penguin, $26, 304 pp.) very quickly, and was left shaken. It too is about introspection, and about transcending one’s self and one’s past. Its central conceit is worthy of Kafka: a young woman decides to sleep for an entire year—with the help of medication—to “purge my associations, refresh and renew the cells in my brain, my eyes, my nerves, my heart.” The unnamed protagonist claims, in short, “I would risk death if it meant I could sleep all day and become a whole new person.” She has suffered various traumas, which Moshfegh relates with both pathos and explicit honesty. But if all this sounds dark, the novel is also hilarious: the scenes involving a near-insane psychiatrist named Dr. Tuttle are as funny as anything in Evelyn Waugh.

I learned about Moshfegh’s work in an interview she did for Slate, where she gives a quasi-spiritual or philosophical account of her art: “Art is protest…[a]gainst reality.... I’m just working to change your consciousness for the moment that you’re reading my story.” In My Year, the protagonist says, “Mine was a quest for a new spirit.” I don’t think her metaphysical convictions are the same as Lewis’s, but Moshfegh shares with him a desire to escape one’s own head and one’s inwardly curved perspective. (In another interview, she says that the central theme in My Year is “people trapped in their own minds.”) The protagonist’s eventual liberation is marked by a confrontation with Dutch still lifes, and a new appreciation of the majesty of the willow tree.

Jaron Lanier’s Ten Arguments for Deleting Your Social Media Accounts Right Now  (Henry Holt and Co., $18, 160 pp.) is not a particularly literary work; it describes the economic, political, and sociological effects of social media’s erosion of our social fabric and mental health. Lanier coins the acronym BUMMER to contain a definition of social-media algorithms: “Behaviors of Users Modified, and Made into an Empire for Rent.” Lanier has written several books in various ways critical of the world that the internet has created. But he is himself a longtime resident of Silicon Valley, a pioneer in virtual-reality technology, and a scientist at Microsoft Research. He has deep love and hope for the digital world.

In a different way, Lanier too is concerned with introspection. He wants us to remember that there is a self in the first place. What ultimately fuels his criticism of the digital world is the fear that technology dilutes who we are: BUMMER is “replacing features of spirituality with its own designs.” The purpose of life, according to BUMMER, “is to optimize”—rather than to savor reality, to contemplate nature, or to create beauty for its own sake. The difference between human minds and machines is narrowing, but only because the former are being reduced to the latter: “We talk to our BUMMER-connected gadgets kind of as if they’re people, and the ‘conversation’ works better if we talk in a way that makes us kind of like machines.” Human intelligence, Lanier argues, is more complex and rich and nuanced than a program—and his mission is to rescue and preserve this difference. What Lanier seems to desire is an account of the human person as a creative force, open to the world, which cannot be contained by the limited binary logic of computing.

It strikes me that Christmas is about a claim that something new happened in the world—God enters history in a new way—and it’s a claim we have to receive. But before the claim, there’s the question of what shape our mind has to take in order to be receptive to something so wild and divine. These books have helped me contemplate what that might mean.

Santiago Ramos is a contributing writer for Commonweal.