A Wake-Up Call for the Catholic Church 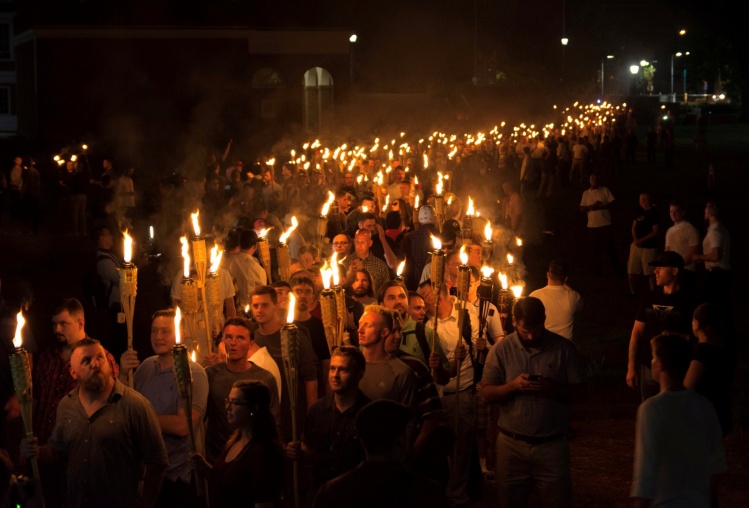 If there was ever a time to remember Pope Francis’s call for a bold “church in the streets,” the ugly events in Charlottesville this past weekend serve as that moment. The Catholic responses to the white supremacists who showed up to intimidate and inflict violence were a mix of encouraging, problematic, and inadequate.

The U.S Conference of Catholic Bishops released an initial statement on Saturday afternoon from Cardinal Daniel DiNardo, president of the Conference, that condemned the “abhorrent acts of hatred” and the “evil ideology” that inspires them. The bishops pledged to work with “all people of goodwill for an end to racial violence.” The fact that there was no specific reference to white supremacists sparked some discontent from Catholic commentators on Twitter.

“Something at last,” tweeted Stephen Schneck, who worked closely with bishops as the former director of the Institute for Policy Research & Catholic Studies at The Catholic University of America. “But where is the explicit condemnation of white supremacy?” The next day the Conference issued a stronger statement that condemned the “evil of racism, white supremacy and neo-Nazism.”

The most bewildering and inadequate response from a bishop came from Richmond Bishop Francis DiLorenzo, who offered prayers that “those on both sides can talk and seek solutions to their differences respectfully.” This framing, which unwittingly or not sent a message that two equally legitimate movements should find common ground, echoed the absurd false equivalency at the heart of President Donald Trump’s widely criticized reference to the “hatred, bigotry and violence on many sides.” DiLorenzo faced a wave of criticism on social media. “Are you really suggesting Nazis and anti-Nazis should just try to come up with compromises and mutually agreeable solutions?” one person asked on Facebook. The bishop seemed to hear the criticism. In a later statement, he called “hatred, and its manifestations of racism, neo-Nazism, and white supremacy sins against God and profoundly wound the children of God.”

Are you really suggesting Nazis and anti-Nazis should just try to come up with compromises and mutually agreeable solutions?
sharetweet

Other Catholic bishops were unambiguous from the start. Chicago Cardinal Blase Cupich seemed to directly respond to President Trump’s claim that there were two sides at play in Charlottesville.

“When it comes to racism, there is only one side: to stand against it,” the cardinal tweeted.

Archbishop Charles Chaput of Philadelphia, a leading conservative voice in the hierarchy, was particularly strong:

Racism is a poison of the soul. It’s the ugly, original sin of our country, an illness that has never fully healed. Blending it with the Nazi salute, the relic of a regime that murdered millions, compounds the obscenity. Thus the wave of public anger about white nationalist events in Charlottesville this weekend is well warranted. We especially need to pray for those injured in the violence. But we need more than pious public statements. If our anger today is just another mental virus displaced tomorrow by the next distraction or outrage we find in the media, nothing will change. Charlottesville matters.

The archbishop’s insistence that we need “more than pious public statements” is essential.

Clergy are good at issuing written condemnations, but often fail to show up in a physical way that concretely demonstrates what Pope Francis calls “accompaniment.” Sadly, this seemed to be the case as violence broke out in Charlottesville. While a sizable contingent of clergy from varied denominations walked into a dangerous situation and gave witness to bloodshed and spoke prophetically, Catholic clergy were missing in action.

Brian McLaren, a prominent Christian author and activist, who wrote about his experiences in Charlottesville, cited the lack of Catholic clergy:

I have participated in many protests and demonstrations over the years, but I have not seen the faith community come together in such a powerful and beautiful way as they did in Charlottesville,” he wrote. “I met UCC, Episcopal, Methodist, Unitarian, Lutheran, Baptist, Anglican, Presbyterian and Jewish faith leaders, and the Quakers were out in large numbers, wearing bright yellow t-shirts. I met Catholic lay people, but I didn’t meet or see any Catholic priests.

Marie Dennis, the co-president of Pax Christi International, traveled to Charlottesville to take part in an interreligious prayer service at St. Paul’s Memorial Church after the city’s faith communities issued a call for clergy and religious leaders from across the country to participate in nonviolent resistance. “Despite decades of faith-based activism, I remember very few occasions when the invitation has been so clear and urgent,” Dennis told me. But not everyone answered that call. “I was very disappointed that no Catholic clergy or leadership person participated in the service itself,” she said. “Were Catholic religious leaders invited and did they refuse to participate, or are we so invisible in the struggle against racism and hatred that no one in Charlottesville knew a Catholic leader to invite?...I believe those of us who live white privilege have to be attentive to our own racism, but we also have to be more visibly in the streets and engaged in dismantling racist structures in our society. Our statements of shock and solidarity are important but insufficient.”

Words are important, but actions put feet to our faith. Catholic leaders in the United States now have an opportunity to acknowledge the church's own history of racism, and commit to showing up and resisting when white supremacists try to resurrect an evil past. If nothing changes after Charlottesville, more than an opportunity is lost. History will judge the church for failing the test of the Gospel.