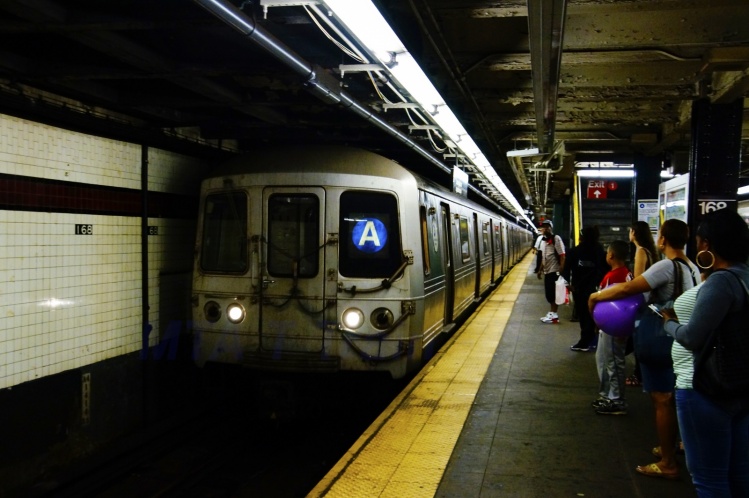 Big town or small, the problem is the same: Politicians will boast about the jobs, tax dollars and civic prestige they create when they approve big developments, but downplay the long-term costs. It happens with many kinds of projects: exurbs created in parched rural areas; waterfront hotels vulnerable to hurricanes; and now, office towers near Grand Central Station in New York City. Building big creates excitement; maintaining an adequate infrastructure is boring and requires telling people they have to pay taxes.

This week, The New York Times editorial page urged passage of a re-zoning that would allow significantly taller buildings in an eighteen-block-long stretch of Manhattan’s East Midtown, which includes Grand Central. It would add some 6.5 million square feet in office space--like adding a building the size of the Pentagon, but without the parking lot. Meanwhile, the Times reported on page one the same day that overcrowding on the city’s subways is leading to the cancellation of dozens of scheduled trips each day, especially on the lines running through the same Grand Central Station.

What this juxtaposition told me was that A) it’s really true that the Times maintains a wall between its editorial board and its news operation so that neither knows what the other is doing and B) that the city’s establishment—whether in editorial boards, government, business or labor— is unwilling to face the fact that a good part of New York’s current transit mess results from its own push to overbuild in Manhattan. (We might add religion to these sectors, since sale of air rights for St. Patrick’s Cathedral, St. Bartholomew’s Episcopal Church and the Central Synagogue would bring millions of dollars to their owners through the re-zoning.)

City Council members took time out from railing against poor subway service to vote, 42-0, in favor of the re-zoning on Aug. 9. But even Manhattan can’t handle too much Manhattanization, the term applied to clusters of high-rise construction in places as varied as San Francisco, Dubai, Toronto, Las Vegas, and Miami. The approval of one skyscraper after another has meant that the subways are physically incapable of carrying the massive number of people traveling into and out of Manhattan during rush hours. (There are 5.6 million subway passengers on a weekday.) As the Times reporters pointed out, it doesn’t help that much of the signal system in place dates to the 1930s, meaning it can’t be depended on to run trains closer together.

It’s a daily disaster, even before the breakdowns, track fires, sick passengers, or police matters that add to the mess.
sharetweet

And so from 8 a.m. to 9 a.m., the Metropolitan Transportation Authority normally runs just seventy-seven of the ninety subway trains scheduled to go through busy Grand Central—because subway platforms and stairs are too congested for people to get on and off. Each of the missing trains would have carried about one thousand passengers. It’s a daily disaster, even before the breakdowns, track fires, sick passengers, or police matters that add to the mess.

Mass transit, like public housing and highways, has relied on federal support. And despite President Donald Trump’s campaign pledge to invest billions in infrastructure to create jobs, his infrastructure plan is, as the editors of Commonweal put it, “woefully inadequate” and privileges the private sector. Even if he pursues his plan to increase infrastructure spending, which doesn’t seem to be the case, he’d need approval from Congress—and the majority party’s platform called for an end to federal funding of mass transit. And it’s questionable whether the Democrats who run New York City and state government will be able to agree on a funding solution, either.

Now for the fine print.

As is the case with such projects, an environmental impact statement was commissioned for East Midtown and it predictably predicts that the re-zoning won’t hinder mass transit if some measures are taken in mitigation. This is what city officials point to, as they always do. The study says crowding on the subway platforms will be alleviated by requiring developers to widen stairs and add staircases and escalators. (These measures were added to overcome the Council opposition that emerged in 2013 over an earlier version of the re-zoning.)

The Times survey of subway overcrowding exposed (but didn’t take note of) a serious flaw in the environmental study’s 256-page section on transportation. The study, conducted in 2016, assumed that the then-upcoming opening of a short section of the planned Second Avenue Subway line would alleviate the congestion on the city’s (and country’s) most crowded line, which runs down through East Midtown on Lexington Avenue.

Three new stations, much heralded, opened on the Upper East Side on January 1. But the rosy prediction that this would ease congestion turned out to be false. The most crowded subway line remained horribly crowded even in July, when a lot of office workers are on vacation.  The environmental study’s prediction—that there would be sufficient capacity on the Lexington Avenue subway through 2036—is already outdated, to put the best face on it. Meanwhile, sixteen new office towers are expected in the East Midtown area by then.

As is often the case with infrastructure crises, the current mess with subway crowding was known long ago. A decade ago, the MTA published a study that the Times called “an unusually candid self-examination for a habitually insular agency.” It found that many subway lines were already running over capacity, especially the Lexington Avenue line. Ten years ago, the Times called that “predictable and eye-opening.” Keep in mind that overcrowding means that there are too many people in a subway car to allow each one a square that is twenty inches to a side.

And so it goes: We’re literally being squeezed.