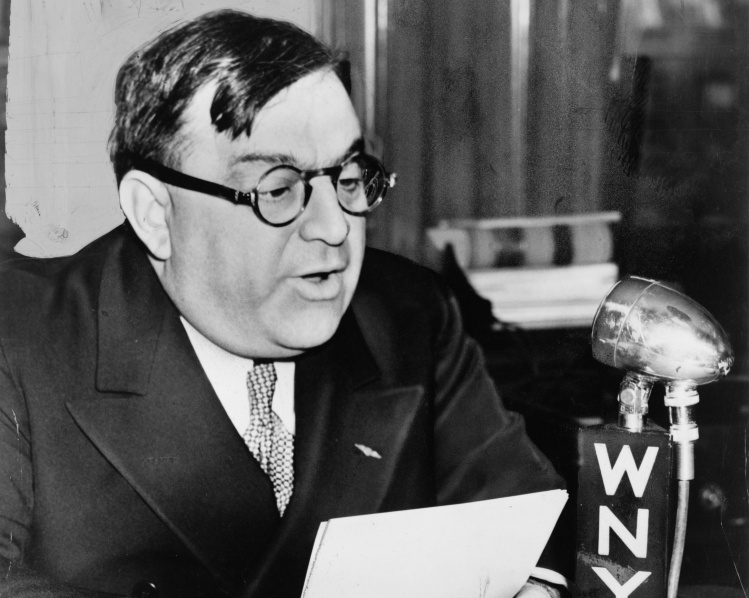 As they have periodically in U.S. history, immigration issues are once again provoking intense and often rancorous debate. The flow of undocumented immigrants, the legal and social status of those already here, and the role immigrants play in the cultural and economic life of the country pose what seem to be intractable problems.

To understand how the issues will play out and what factors might shape the outcomes, we can look to late-nineteenth-century New York City and its burgeoning population of Irish and Italian immigrants. Subjected to anti-immigration policies and nativist sentiment, they battled each other for housing, jobs, political influence, and respect. The story of how they came to bridge their not insignificant differences and achieve acceptance in the larger society is the subject of Paul Moses’s latest historical study.

Moses, a Brooklyn College journalism professor and former Newsday reporter and editor, brings to his subject a reporter’s instinct for a good story (including his own) and a professor’s skill in mining and interpreting historical records. The result is a thoroughly engaging and eminently readable account of the people and institutions that helped shape Irish-Italian relations.

By the time Italian immigrants began arriving in numbers in New York in the 1880s, Irish-born immigrants and their children made up 44 percent of New York’s population, and the Catholic archdiocese was firmly in the hands of Irish prelates. Crowding into the tenements and parishes of lower Manhattan, the newcomers posed what the hierarchy characterized as the “Italian problem.” The Italians spoke a different language, practiced their faith with outward displays that scandalized the more reserved Irish, and were, according to many of the Irish clergy, poorly catechized.

New York archbishop Michael Corrigan and Italian bishop Giovanni Scalabrini set about solving the “problem” after complaints from Italian priests in the archdiocese prompted Pope Leo XIII to issue an encyclical, Quam Aerumnosa (“On Italian Immigrants”), in 1888. Addressed to American bishops, the document decried the treatment of the people “who spring from the same race as ourselves.”

Their collaboration got off to a rocky start. As part of his efforts to provide the Italian community with educational and social services, Scalabrini dispatched Mother Frances Cabrini and six of her Missionary Sisters of the Sacred Heart to New York. A series of blunders, mostly by Italian priests in New York, left the travel-weary nuns without a place to stay and the promised resources to build a school and orphanage. Corrigan’s response: “I see no better solution of this question, Mother, than that you and your sisters return to Italy.” Fortunately for the Italian immigrants and the American Catholic church, she refused.

One obvious solution to the clash of religious sensibilities (New York newspapers termed it a “race war”) was to create national parishes. Pastors like Fr. Thomas Lynch of Transfiguration Church on Mott Street and Monsignor John F. Kearney, pastor of St. Patrick’s Old Cathedral, initially resisted the idea; they argued that such a move would hinder the process of Americanization, even as they consigned their Italian congregants to their churches’ basements for Sunday services.

Fr. Nicholas Russo, an Italian-born Jesuit, respected scholar, and former president of Boston College, was so appalled by Kearney’s treatment of his Italian parishioners that he abandoned his successful academic career to start a ministry and ultimately a national parish, Our Lady of Loreto, on Elizabeth Street in lower Manhattan. With Archbishop Corrigan’s acquiescence, other Italian parishes were created.

That didn’t deter Monsignor Kearney from reestablishing his Italian ministry once the Italians became a majority at Old St. Patrick’s. Much to Fr. Russo’s chagrin, the community became an Italian parish with an Irish pastor. In yet another masterstroke, the good monsignor welcomed immigrant children into the school where they were taught by a strict group of Sisters of Charity, led by Sister Monica McInerney, a first-generation Irish American. Among Sister Monica’s students was Professor Moses’s aunt, Josephine D’Esposito. She regaled the young Mr. Moses with stories about Sister Monica and her brand of tough love—and how that approach helped prepare the immigrant children for life in their new country.

Although tensions remained among the Irish and Italian parishioners and the priests who ministered to their respective communities, “the worst of the Irish-Italian bitterness in New York’s Catholic Church had subsided” by the mid-1930s.

If church leaders were initially inhospitable to the Italians, labor leaders were openly and unapologetically hostile.

The newly arrived immigrants were desperate for work, a condition that business leaders were all too eager to exploit. Unlike the Irish immigrants, who early on saw the advantage of organizing, the Italians wanted no part of the Irish-dominated unions. And labor leaders wanted no part of the Italians. In testimony before a congressional committee investigating what the New York Times called “The Immigration Invasion,” Terence V. Powderly, head of the Knights of Labor, dismissed the Italians as “too low” to make good citizens. Following the lead of its star witness, the committee issued a report that characterized the Italians as irremediably ignorant and immoral and unfit to live in American society.

Despite the efforts of labor leaders and nativist politicians, the number of Italian workers continued to grow. By 1893, they represented three-quarters of construction laborers, a percentage the Irish had held just a decade earlier. Tensions erupted into bloody battles at job sites throughout Manhattan and Brooklyn. And, contrary to contemporary popular opinion, not all Italian laborers passively submitted to substandard wages and working conditions. They staged spontaneous strikes, but lacked organizational clout.

Until the city undertook its massive subway project.

Irish-born John B. McDonald headed the project and, as expected, hired Italian immigrants for the backbreaking jobs of digging the tunnel and hauling the rocks. Quite unexpected, however, were Tito Pacelli’s efforts to organize his fellow countrymen. With the help of the AFL and its umbrella group, the Central Federated Union, he formed the Rockmen’s and Excavator’s Union. On May 1, 1903, he led his men on strike. Despite pressure from Irish foremen and harassment from Irish cops, the strike continued for five weeks. In the end, Pacelli got his members a twenty-five-cents-a-day raise from McDonald.

The same dynamic played out on the city’s docks, where the influx of non-unionized Italians initially provided shippers with a ready supply of strikebreakers. Eventually, however, the Italian workers also formed a union, demonstrating that rival groups could coexist, even if in separate locals.

Over the decades, as the Irish and Italians continued to work side by side on construction sites and on the docks, their attitudes morphed into a grudging acceptance of one another. The Irish clearly enjoyed the extra clout that unionized immigrants provided. For their part, the Italians learned valuable lessons from the Irish labor leaders about organizing and cultivating political connections.

Labor leaders weren’t the only ones who recognized the advantages of working with the Italians. Politicians like Big Tim Sullivan curried favor with them. He dispensed thousands of pairs of free shoes to his constituents and placed many of them in jobs in the city’s sanitation department. He saw to it that they became naturalized citizens, registered them to vote, and herded them to the polls on election days.

For many years, the Italians were content with the low-level positions and other favors the Tammany “gatekeepers” deigned to bestow on them. That was to change soon after Fiorello H. La Guardia, a deputy New York state attorney general, faced state Senator James J. Walker in a case involving short-weighting by the city’s meatpacking houses. Despite a shameless conflict of interest that would make even today’s crop of legislators blush, Walker got the case dismissed on a technicality.

To add insult to injury, Walker told a furious La Guardia after the trial that he should learn to work the system: make connections while in the AG’s office, and then launch a lucrative career as a defense attorney. La Guardia would have none of it. The populist, left-wing crusader became a Republican, and in the process, “turned out to be the leader the Italians needed to open the doors of City Hall.”

La Guardia was elected to Congress in 1916, defeating incumbent Michael Farley in a heavily Irish district. In an appeal to Irish voters, La Guardia criticized Farley for not speaking out more forcefully against the British during the 1916 Easter Rising in Ireland. While it’s tempting to dismiss his tactic as blatantly opportunistic, La Guardia continued to champion the Irish cause throughout his career in politics.

When he decided to run for mayor against incumbent Jimmy Walker in 1929, La Guardia had gained a national reputation as the most progressive member of Congress. He waged a fierce campaign, but couldn’t pry enough Italian votes from the Tammany-built Irish-Italian bloc, and lost the race. In the 1933 election, however, Italians broke ranks with Tammany, enabling La Guardia to put together a winning coalition of Italian and Jewish voters. (The latter competed with the Irish for middle-class jobs.) By the time the 1941 election rolled around, the Italians, perhaps dismayed by La Guardia’s perceived failure to improve their economic lot, threw their support behind Democrat William O’Dwyer. In Moses’s estimation, the election marked a turning point in the evolving Irish-Italian relationship, with identity politics giving way to a more nuanced form of self-interest. Popular culture also reflected this evolving relationship. Performers like Frank Sinatra and sports stars like Joe DiMaggio (who, Life magazine assured its readers, “never reeks of garlic”) “made it cool to be Italian.”

Not only were Italians newly cool in post-war New York, they were better off economically. They began moving into suburban neighborhoods populated by the Irish. The Italians also became more active in their parishes—a result, in part, of their Catholic school education at the hands of mostly Irish nuns. Meeting in the workplace, encountering one another as neighbors and fellow parishioners, the Irish and Italians were more likely to marry across ethnic lines. These “mixed marriages” created interesting family dynamics, something to which the author and this reviewer can personally attest. And while third-generation children like mine feel the gravitational pull of their Irish-Italian heritage less than I do, it is still a part of their identity.

Drawing historical comparisons is always a fraught process, especially when the subject is as contentious as immigration. Still, the plight of immigrants from Mexico and Central America, the focus of our current national debate, is roughly comparable to that of the Italians. And the same religious, economic, political, and cultural forces are at play in Anglo-Latino relations.

Yet, for Professor Moses, ever on the lookout for a good story, “in the end, even when complex social factors are accounted for, we are still dealing with the stories of individuals who decide to cross boundaries.” As they do, “the more likely it is that ethnic and racial resentments…will diminish.” Buoyed by the stories he recounted, he believes “that it is at least a possibility to hope for.”

'You Think It Strange'