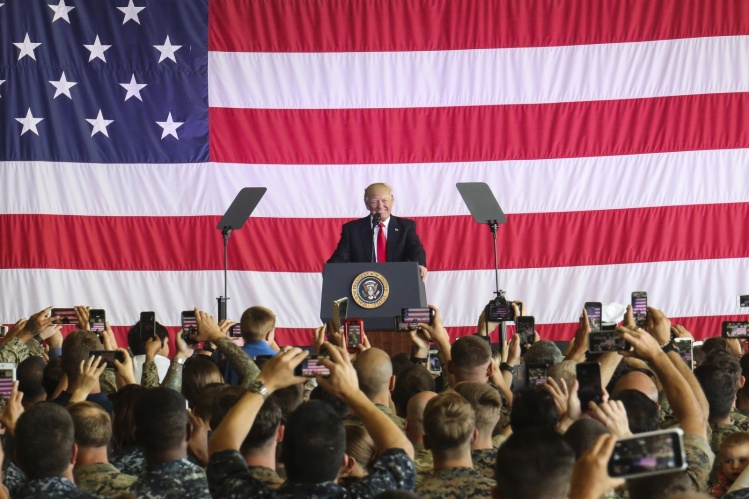 One of the many important facets of special counsel Robert Mueller’s inquiry is his observation that President Donald Trump’s use of Twitter and other mass media could subvert the criminal-justice system. As Mueller’s report notes, Trump used his media muscle to discourage potential witnesses from cooperating and to raise the possibility of a presidential pardon as a reward for silence.

“While it may be more difficult to establish that public-facing acts were motivated by a corrupt intent, the President’s power to influence actions, persons, and events is enhanced by his unique ability to attract attention through use of mass communications,” the report says. “And no principle of law excludes public acts from the scope of obstruction statutes. If the likely effect of the acts is to intimidate witnesses or alter their testimony, the justice system’s integrity is equally threatened.”

This should have been a warning to Trump that his trail of tweets could be construed as evidence for such federal offenses as intimidating or retaliating against a witness. But even after the Mueller report spelled that out for him, Trump persists in a broad effort to bend the justice system to his benefit.

The report also hints at what Trump was trying to obscure even if there was nothing substantive to hide in terms of connections to Russian election interference. It says that “the evidence does indicate that a thorough FBI investigation would uncover facts about the campaign and the President personally that the President could have understood to be crimes or that would give rise to personal and political concerns.” It’s not clear what offenses Mueller is referring to, but he has referred twelve unknown matters to authorities for further investigation.

The continued effort by Trump to twist the justice system for his personal advantage will leave Congress with no valid choice but to open impeachment proceedings.
sharetweet

Post-Mueller report, Trump continues to use Twitter and interviews with a friendly television network to blunt inquiries of himself, to stoke public hatred for those he wants prosecuted, and to bludgeon law-enforcement officials into investigating his list of enemies. He has harassed a key witness in the Mueller probe, former White House counsel Donald McGahn. He calls continually for law enforcement to investigate the “TREASONOUS HOAX” of the investigation. Most recently, he has been pressuring FBI Director Christopher Wray to investigate Democrats. “The FBI has no leadership. The Director is protecting the same gang…that tried to...overthrow the President through an illegal coup,” he tweeted on May 13.

This continued effort by Trump to twist the justice system for his personal advantage will leave Congress with no valid choice but to open impeachment proceedings, whatever the political fallout. The existence of an impeachment inquiry would strengthen congressional authority to subpoena records and offer a wider lens on presidential misconduct to include a broader range of “acts by the President that were capable of exerting undue influence over law enforcement investigations.”

Federal law-enforcement and intelligence officials should surely be accountable for all their submissions to the Foreign Intelligence Surveillance Court—not only those regarding Carter Page, a long-time Trump associate. But the Mueller report makes it obvious that there was a real need to investigate the connections that Page, Paul Manafort, Donald Trump, Jr., and others, including the president himself, had to a Russian government that was trying to game the U.S. election to Trump’s advantage. The investigation “identified numerous links” between Russian government officials and Trump-campaign associates, and established that some campaign officials lied about their Russia ties. These ties were “numerous” enough to require the kind of thorough investigation Mueller led.

Nonetheless, Trump continues to use the power of the presidency—including “his unique ability to attract attention through use of mass communications”—to insist that the investigation, or at least its initiation, be treated as an act of treason. It’s retaliation against those who carried out or cooperated with the investigation, and it serves to intimidate potential witnesses in current congressional inquiries. And whether the president’s threats are made in one-on-one meetings or before scores of millions of Twitter followers, “the justice system’s integrity is equally threatened.”