Ukraine Promises Only Trouble for Russia 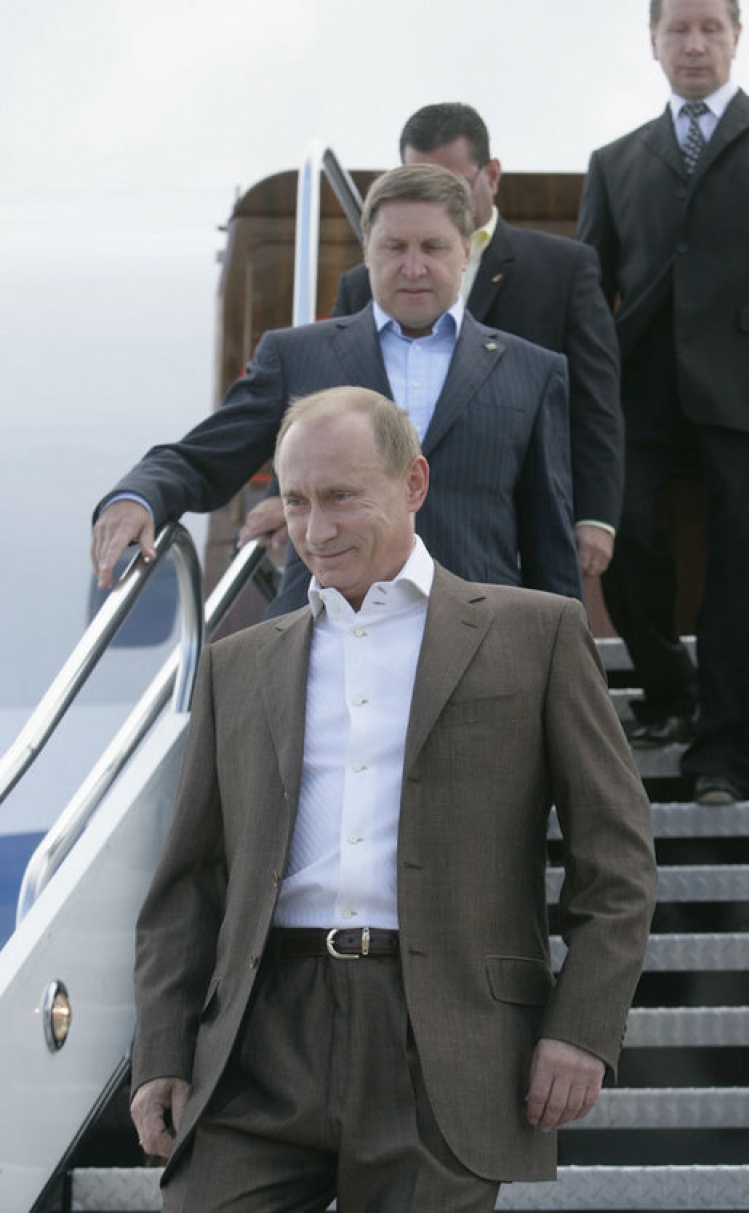 After Vladimir Putin’s speech in the Kremlin justifying and welcoming Russian annexation of Crimea, the western press now asks what next will Putin do? How far will he go?

That question was answered by Vladimir Putin himself in his address. The Russian president said his country has no further demands to make on Ukraine. Crimea became an issue because the West “crossed a red line,” a reference to American and European efforts to bring Ukraine into NATO, which they renounced in exchange for Russian agreement to German unification.

More modestly, but perhaps more significantly, was the opinion reported by Le Monde’s special correspondent in Kiev. He reports that after Mass last Sunday, groups were volunteering to battle the Russian army, allegedly “massed at the frontiers.” An army reservist said he and his friends will form a parallel army, as they have “no confidence in Ukraine’s defense minister, an idiot who won’t even let us train with live grenades.”

But one must ask, why should President Putin make further demands? Thus far, he is winning all the way. The Crimea vote was a triumph. So was his speech in Moscow: all cheers and tears of joy. He brushes off western sanctions. Once again he has made Barack Obama seem out of touch, protesting violation of international law when the world knows the United States is the country that ignores it most.

Crimea has climate, beaches, agreeable hotels and views, as well as a naval base that was Russian for many years, where Russia has already made heavy investments, depending upon it for naval access to warm waters. The rest of Ukraine has nothing to match this. It only offers trouble for Russia, or so I would assume Mr. Putin thinks. His speech once again offered propositions to make peace, which Washington has scorned.

As a separate and independent country, Ukraine only promises trouble for Russia. The Russian ethnic and linguistic minority there, which lives mostly in the east and south, near the borders with Russia, has been put in a furor by all that has happened, and claims that Russian troops in unmarked uniforms have infiltrated the region as if readying the country for a Russian invasion and annexation.

But there seems to be no hard confirmation of these reports from western journalists or foreign diplomats actually there. There are many reasons to think them implausible.

The first is that any Russian move towards further intervention in Ukraine, or sign of annexation ambitions, would immediately provoke a sharp and dangerous military reaction from NATO, with major western forces sent to Poland and possibly the Baltic States, and conceivably entering western Ukraine itself on a call for help from the new government, the present improvised one, or the one that emerges from new elections.

The existing authorities in Kiev have already assured Russia that there is no Ukrainian threat to Russia. Ukraine will not join NATO -- the threat of its doing so having been one of the chief causes of the present crisis. (Unofficial or quasi-official pressure from the United States -- and Poland -- to get Ukraine into NATO has continued ever since the so-called Orange and Rose revolutions nearly a decade ago.)

The second reason to doubt Russian intervention in eastern Ukraine is that the Ukrainian economy is in poor condition and Russia, whose own economy is weak, scarcely needs the burden of supporting Ukraine as well. The two countries’ already intertwined economies, particularly their energy industries, would be severely damaged by the still stronger western reprisals that would follow any aggressive Russian move.

It is true that Western Europe heavily depends on Russia for natural gas supplies. Russia sells Europe one-third of the latter’s natural gas. But that gas is being sold, and Moscow would be badly hit by loss of its return on gas sales to the West.

The same is true in a wide array of industrial relationships between Russia and Europe. Germany -- Siemens especially -- has heavy investments in Russia. France risks a big loss if it applies sanctions on Russia’s recent order for two new and expensive warships, the first of which is now running trials. The Russian Navy ordered them after its little war with Georgia in 2008 -- saying that with them it could have accomplished in a few days what in 2008 took a few weeks.

Britain now looks like the big loser in applying sanctions. Russia’s oligarchs all have (or had) their money with London bankers (who tucked it away in British-flag islands and territories) and their lavish family homes in Mayfair and Kensington, with stately homes in Surrey. They may go back to Russia, if things get rough, but they can’t take their money with them, and can’t even get at it where they are. The City and Wall Street have it, locked up by sanctions.