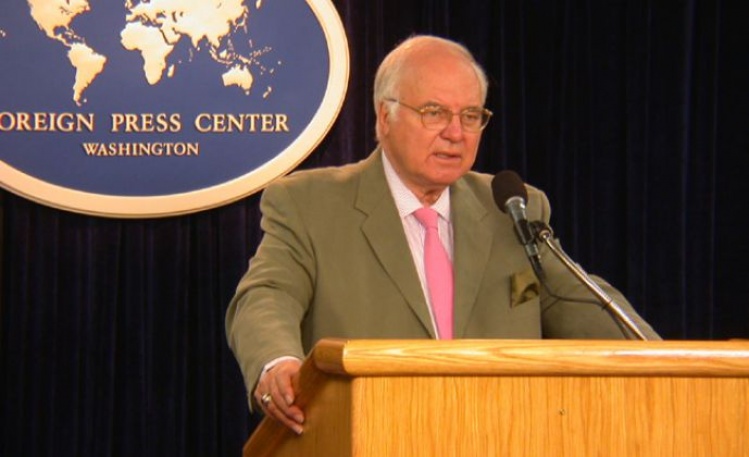 Michael Novak, who died in February

Any adequate account of the swirling currents in Catholic intellectual life during the decades following the Sixties and Vatican II—think names like Wills, Greeley, Berrigan, Ruether, Hesburgh, Buckley—would have to give a major place to Michael Novak, who died at age eighty-three on February 17.

Novak was a frequent contributor to Commonweal from the late 1950s to the middle ’70s. In these pages and in the National Catholic Reporter, Time magazine, and elsewhere, he was a skillful exponent of the work of Vatican II and a passionate champion of the radicalism arising from campus opposition to the war in Vietnam.

From 1967 to 1971, he was listed on Commonweal’s masthead as “Associate Editor (at large),” although, in my experience, he had no real presence in editorial matters. He did write a regular column for the magazine from 1972 to 1975. I was also a Commonweal columnist during those years.

Our columns sometimes became duels. Novak was beginning his gradual, then sharp, turn to the right. That turn went a long way. Last November, having been noticeably missing from the contingent of conservative Catholic intellectuals publicly opposed to Donald Trump, Novak welcomed Trump’s victory as a decisive smashing of “Progressivism,” indeed as nothing less than “a work of Divine Providence.”

That species of rhetorical (and intellectual?) excess was not atypical for Novak. It often took the form of gross generalizations about broad categories of people and their motives, psychologies, and cultures—liberals, radicals, “elites,” ethnicities, nations, religions. This was true during his relatively brief radical years as well as his conservative decades, and this tendency frequently undercut his real insights and accomplishments.

Following his death, friends and admirers testified to Novak’s kindness, unselfish mentoring, tireless determination to make the world a better place, and devotion to his faith. Despite his long and my much longer association with Commonweal, my personal contact with him was surprisingly minimal. I recall one dinner at the Novak home, a debate at Holy Trinity Church in Washington, passing hellos at conferences. But nothing I experienced contradicts these warm testimonies. My intellectual and political differences, focused not on his theological or ecclesiological positions but on his social and economic ones, were quite another matter. But it was not uncommon to hear people sharing my criticisms refer to Michael as “sweet.”

There is no question that Novak’s defection from liberal Catholicism or, as he was wont to say, from the “left,” was an important moment in the postconciliar American Catholic story. From his position at the conservative American Enterprise Institute, Novak led well-organized attempts to counter the U.S. Catholic bishops’ pastoral letters on nuclear defense and on the economy. While traditionalist Catholics fought internal church aggiornamento, Novak helped form a Catholic neoconservative opposition focusing on public policy and general culture.

[Columns by Michael Novak from the Commonweal archives: The Center and the Left  (January 1973), What Is a Liberal Catholic? (July 1972), Feminine-Masculine Theology  (June 1972)]

For Novak this shift in outlook and allegiance was major. Decades later he would still replay his renunciation of the illusions and evils of the “left” like an evangelical testifying to his “come to Jesus” moment. His forsaken left-of-center companions had not seen the shift coming (or the extent of it), were baffled by it, and sometimes, mirroring Novak’s own weakness, attributed it to less-than-worthy personal ambition.

No doubt Novak’s ambition was thwarted by successive disappointments in academia, in the Democratic Party, and in literary culture. Certainly he wanted to be influential in the circles of the powerful and clearly enjoyed it when he succeeded, but his ambition never appeared to be of the self-seeking or material variety. Novak simply hoped to get a hearing for people whom he felt liberals ignored or scorned, Americans still close to ethnic, working-class, and religious roots.

Someone who knew him for a long time once replied this way when asked about Novak’s trajectory in the church and politics: “The question really is how and why he was ever a liberal. He ended up in his own traditional sociological path.” I took that to mean the path of a gifted, enterprising, lower-middle class, religiously devout, morally traditional, and upwardly mobile male striving for a place to exercise his talents and calling.

In Novak’s mind, that calling was to give voice to the voiceless, to represent the unrepresented. I am confident he was absolutely sincere in this—he radiated sincerity—even if it seemed quite a stretch to imagine that Ronald Reagan, Margaret Thatcher, or the captains of finance and industry were among the muzzled and unrepresented.

Of Novak it could be said what can be said of many of us: that there were many Novaks. The Niebuhr Novak, for instance, and the Jeremiad Novak, and the Booster Novak. As a Niebuhrian, Novak was alert to tragedy, irony, and mixed motives. He sniffed out the unacknowledged egoism, pride, and power-seeking of progressive do-gooders. (He was less likely to do this with those in his own camp.)

The Jeremiad Novak, whether writing from the radical left or the Chamber of Commerce right, spelled out impassioned and eloquent narratives of lost American or Catholic values.

The Booster Novak celebrated his chosen causes of student radicalism in the late sixties or entrepreneurial capitalism in the early eighties with a naïve enthusiasm that belied, for example, the gap between his theory of “trinitarian” democratic capitalism and what was actually described in the business pages. Obviously these three Novaks showed themselves selectively and sometimes at cross-purposes.

Novak’s critics, myself included, spent more time puzzling over his intellectual and political realignment than in reflecting on what shortcomings of our own facilitated it. Novak’s writings on democratic capitalism certainly filled a vacuum that liberal Catholicism had ignored. In my experience, Novak’s suggestion that liberal Catholic thinkers and activists were inclined toward socialism was untrue. They were certainly inclined to government action à la the New Deal or the “social market economy” that Christian Democrats had forged with Social Democrats in Europe. At the same time, especially in view of Catholic anti-Communism and the manifest failure of the Soviet command economy, liberal Catholics took an economy built on private ownership and free markets for granted and concentrated their religiously inflected activism on limited questions of labor organization, welfare provisions, government regulation, or at the outside wage controls or industrial policy. The bishops’ letter on the economy explicitly mirrored this concern with concrete problems, not fundamental structures. There was lingering interest from the 1930s in cooperatives and more recently in profit-sharing. But very few liberal Catholic thinkers and activists were (like me) interested in socialism or overall economic restructuring. Even the interest in liberation theology usually focused on opposition to U.S.-supported dictatorships in developing nations and on the methodology of base communities.

All of which is exactly what left a vacuum. Most Catholics were engaged in the private economy, either as workers, managers, or owners. Liberal Catholics proposed checks and balances on their activities but outside of professions like medicine and law, offered little in the way of vocational guidance or theological understanding of ordinary work lives beyond being reliable breadwinners, generous parishioners, and faithful members of the Holy Name Society or Knights of Columbus. Novak recognized this vacuum and filled it with The Spirit of Democratic Capitalism. Those of us surprised at its reception had only ourselves to blame.

Finally, both Novak and his critics were victims of “the big sort,” the division of Americans into ideological enclaves. Catholic publications like Commonweal and the National Catholic Reporter did not expel Novak from their pages. He expelled himself, attacking the two publications in 1976 and six years later founding Catholicism in Crisis (later Crisis) to rival them. He was occasionally invited back for comments, but the gap in assumptions—and respect—was too wide to be easily bridged.

In fact, what was shared remained enormous, beginning with the mysteries of faith that Novak always treated as calling for further exploration. His thinking was filled with insights about secularization, political dynamics, economic creativity, and many other topics. If only his pitch had been lower and liberal resistance less acute, they might have greatly enriched both liberal and conservative Catholic engagement in public life.

May he rest in peace. May his family and friends find consolation in a life fully lived and in the love of God, whom Michael Novak never ceased to serve.