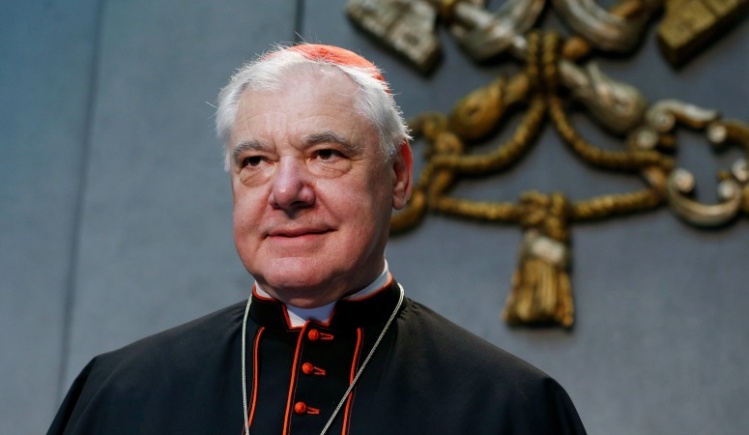 Has Cardinal Gerhard Müller submitted his resignation as prefect of the Congregation for the Doctrine of the Faith (CDF)?

That’s what a traditionalist website claimed this week, albeit without offering a shred of evidence or naming any other source for this information.

Rorate Caeli, which bills itself as an “international traditional Catholic web log”, went on to express great alarm that “its own very well-placed sources” had even discovered the man Pope Francis has in mind to succeed the 69-year-old German.

Brace yourselves. It’s none other than Cardinal Luis Tagle of Manila.

That’s the scary headline of the February 23 post. It was written by the blog’s anonymous founder and main feeder, a recent lay convert to the Roman Church who hides behind the name “New Catholic.”

"En attendant Godot," of course, is the title of a Samuel Beckett play (first penned in French) that was published in 1949 as Waiting for Godot. It became a cornerstone for the Theater of the Absurd. The work’s main character, Godot, never shows up in the play. He is, in other words, a complete non-entity.

And that’s the way New Catholic depicted the 59-year-old Filipino cardinal—as a doctrinal nobody with a “very thin” body of theological work and “an aura of learning far beyond what is supported by his real output.” The traditionalist blogger further disparaged Cardinal Tagle for holding, what New Catholic laments are, “reliably progressivist views (couched in ‘moderate’ language).”

No doubt, if Tagle were to be appointed CDF prefect it would be yet another nightmare for the neo-Tridentinists in Rorate Coeli’s echo chamber, a small closet in cyber space that has produced little more than wailing and gnashing of teeth ever since an Argentine Jesuit named Bergoglio was elected Bishop of Rome nearly four years ago.

“Should this latest plan come to pass, Cardinal Tagle, who will turn 60 in June, will have an enviable ‘CV’ for a conclave frontrunner: a long stint (more than 15 years and counting) as diocesan bishop then archbishop, followed by a stint as head of a Curial dicastery,” scribbles New Catholic in horror.

Imagine that! A “progressivist” Asian on the Chair of Peter who would continue Pope Francis’s legacy of further implementing the original spirit and teachings of the Second Vatican Council (1962-65), a post-conciliar renewal that Francis’s last two predecessors sought to curtail along more traditional pre-Vatican II lines.

While the post generated a good bit of excitement among those reform-minded Catholics who have been encouraged by what’s happening in the current pontificate, it left those in the blog’s circle ice cold.

We are, after all, navigating in a brave new world of fake news and alternative facts.

There is a more serious question that needs to be asked.

Should Cardinal Müller tender his resignation?

Actually, it might not even come to that since he will have a completed his first “quinquennium” (five-year period) as prefect of the Congregation for the Doctrine of the Faith in the coming months and, at that point, Pope Francis could simply appoint him to another post.

The pope would merely be honoring an official Vatican policy that is more often ignored than it is applied—namely, that Roman Curia officials are appointed to five-year terms.

Benedict XVI appointed his fellow countryman (and editor of the former pope’s complete body of theological writings) to the doctrinal office on July 2, 2012. It was a deeply personal appointment and a strategic move that Benedict made shortly after he decided he was going to resign the papacy.

By putting the then-Archbishop Müller at the helm of the office he had also once led (for more than twenty-three years), Benedict saddled his still-unknown successor with a fledgling CDF prefect whom the new pope, given such sensitive circumstances, would be all but bound to reconfirm in post. In fact, had Francis not done so or had he not made Müller a cardinal (which he did in his very first consistory in February 2014), he would have been seen as calling into question his retired predecessor’s judgment.

The author of the above-mentioned blog is correct in one respect when he writes that the German cardinal “has been effectively marginalized in the past years” by Francis. He says that’s because Müller has been critical of the pope “over the Family Synods and most importantly over Amoris Laetitia,” the papal exhortation issued after the two Synod gatherings.

But that is a far too narrow reading of what the pope has done in respect to the Congregation for the Doctrine of the Faith and, indeed, all the major departments of the Roman Curia—especially those that deal with pastoral governance of the universal Church.

Cardinal Müller and some other Vatican chieftains—most notably Cardinal Robert Sarah, prefect of the Congregation for Divine Worship and Discipline of the Sacraments—have been less than enthusiastic in promoting anything the pope says or does with which they disagree. In fact, in ways veiled and not so veiled, they have criticized Francis or encouraged others to resist his moves.

Let us get our ecclesiology absolutely clear. The Bishop of Rome—no matter who that might be—is not above criticism and not everything he says or does demands a blinded, lockstep obedience.

Pope Francis, especially, has been pushing his fellow bishops (and, to an extent, all Catholics) to seriously engage in discerning the thorny questions facing the church. He has encouraged the church’s pastors to be fearless in openly sharing what they believe the Holy Spirit is telling them, acknowledging that such an exercise will be marked by lively debate, heated discussion and even points of deep disagreement.

The place the pope has identified for that type of discernment is the Synod of Bishops. That is the institution he is trying to reshape as the primary body through which he exercises his role as the chief pastor of the universal church. It is where the other bishops—those of the local churches—take their rightful place in helping the Bishop of Rome in this ministry of pastoral governance. And, as in apostolic times, there is sometimes sharp disagreement on how to proceed on certain issues.

The Roman Curia is a different animal altogether or, at least, it should be. Its departments exist exclusively as a support to the ministry and priorities of the Bishop of Rome. It exists to implement his policies, not to create them—let alone stifle or debate them.

A curia official—whether he is a cleric on the highest rung of the ecclesiastical ladder or whether she is a midlevel bureaucrat—who cannot or will not give full and willing support to goals of the Roman Pontiff of the moment, should do the honorable thing.

That person should resign.

Pope Francis is surprisingly non-ideological and is extremely tolerant of the vastly different ways of being Catholic. He has a “big tent” view of what it means to be part of the church and has shown willingness to find ways to bring inside that tent even those groups that appear ultra-traditionalist (such as the Society of St. Pius X) or über-progressivist.

But he should not, and he’s shown at times that he does not, tolerate those in his own curia who actively work against him. It is not autocratic or vindictive to replace such people. It is commonsense and good governance.

Curia officials who refuse to get with Francis’ program should leave. Or the pope should send them somewhere else. 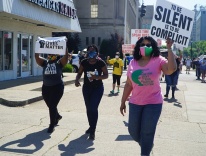