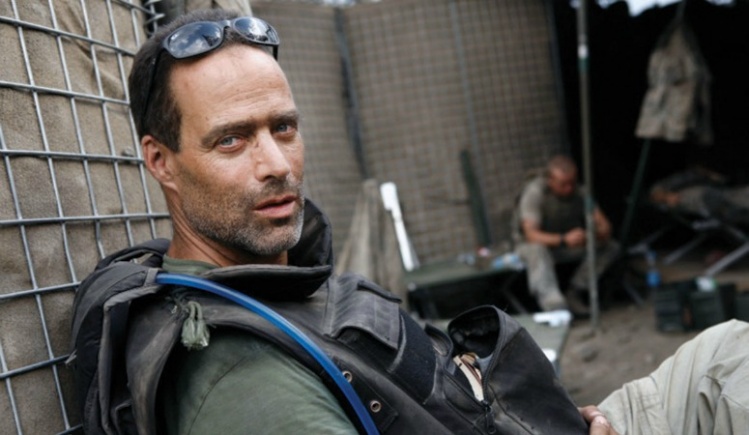 This slight, yet very ambitious book posits that the PTSD epidemic currently afflicting American soldiers stems less from anything those soldiers may have experienced in combat than from what they encounter upon returning home. The essence of the problem, Sebastian Junger writes, “doesn’t seem to be trauma on the battlefield so much as reentry into society.” Rather than war per se, it’s the emptiness of the American way of life that leaves so many veterans ill-equipped to cope with the after-effects of their service.

From an early age, Junger himself experienced that emptiness. Growing up in a comfortable Boston suburb, he found “the sheer predictability” of daily existence dispiriting. “Nothing ever happened,” he recalls, “that required anything close to a collective effort.” As a youngster, Junger longed for a “chance to prove my worth to my community and my peers.” Yet doing so, he came to believe, required heroics of some sort, difficult to demonstrate on a quiet street “where people’s homes were set behind deep hedges” and neighbors barely knew each other. “How do you become a man in a world that doesn’t require courage?” he wondered. In search of an answer to that question, he embarked upon a journey that eventually led him to become a prize-winning journalist—and something of a war junkie.

Junger clearly identifies with the young Americans for whom wartime service signifies a comparable quest for manhood (Tribe implicitly accepts the traditional view of armed combat as an intrinsically male domain). As a witness to war and empathetic observer of soldiers, he came to the not-altogether-original realization that combat not infrequently forges a profound sense of solidarity among combatants. Members of a squad or platoon form a tribe of sorts, linked to one another by bonds that Junger believes have otherwise all but vanished from our hyper-individualistic, consumer-oriented society. For boys grasping at maturity, in other words, war offers a rite of initiation, all the more alluring given that elsewhere in American society such rites have fallen out of fashion.

Yet the tribal bonds enabling soldiers to cope with the stresses of combat survive only so long as the soldiers remain in the war zone. When they return stateside, cohesion dissipates. The disorienting plunge back into mass society renders some (by no means all) veterans susceptible to self-destructive pathologies. More than a few may even yearn to return to war, its brutal purposefulness contrasting favorably with the frantic, anxiety-generating, soul-emptying hurly-burly of everyday life.

Such a response, as Junger sees it, is not entirely irrational. “Given the profound alienation of modern society, when combat vets say they miss the war,” he writes, “they might be having an entirely healthy response to life back home.”

Junger substantiates his worst-of-times-as-best-of-times hypothesis by referencing the experience of other “tribes.” These include residents of European cities heavily bombed during World War II, Israeli Jews fearing imminent extermination, and even American gays during the height of the AIDS epidemic. In each case, a common threat engendered collective solidarity, individual complaints taking a backseat to communal peril. People under extreme duress, Junger contends, feel better about themselves and one another. Overall indices of mental well-being improve. In each instance, moreover, the passing of danger leaves in its wake a sense that something of value has thereby been lost.

Junger understands that war is a great evil. Yet labeling it as such and having done with it leaves out too much. We already know this. War can ennoble, a point made by Oliver Wendell Holmes Jr. in his Memorial Day address of 1884: “In our youth, our hearts were touched with fire.” It can also inspire and elevate, an argument advanced in 1905 by William James in his essay “The Moral Equivalent of War.” Where it exposes sham and hypocrisy, war clarifies—a central theme of The Best Years of Our Lives, William Wyler’s memorable Oscar-winning film of 1946. Although Junger cites none of these sources, his own views are more than slightly reminiscent of these earlier perspectives.

Indeed, Wyler anticipates Junger’s central point. While not whitewashing the challenges that awaited returning World War II veterans, Wyler’s film affirmed the feasibility of their reintegration into American society. They could do so thanks, at least in part, to the then-robust complex of domestic tribes—families, neighborhoods, churches—ready to receive them.

Today, Junger believes, these old tribes have faded to irrelevance. In place of communities, ours is a society consisting of market segments, delineated by personal consumer preferences. So when present-day veterans return from Iraq or Afghanistan, they are duly welcomed and then duly expected to repair to their assigned niche in the marketplace. Thank you for your service. Now shut up and shop.

Interaction between warriors and society, therefore, has a unidirectional aspect, the former expected to subscribe to the imperatives of the latter, not vice versa. Thus do citizens simultaneously celebrate and devalue military service, an irony not lost on soldiers themselves. “It makes absolutely no sense to make sacrifices for a group that, itself, isn’t willing to make sacrifices for you.” Yet according to Junger, this describes the position in which soldiers today find themselves. Rhetorically, the nation honors their service. In practical terms, Americans are indifferent to soldierly values.

Accepting the narrow terms in which it is cast, there is much to be said for this line of argument. Broaden the terms, however, and its shortcomings become apparent.

“Contemporary America is a secular society,” Junger writes. Well, yes—and also no.  Contemporary America is also pervasively, if paradoxically, religious. One can classify this fact as quaint or astounding or absurd. But fact it remains. Yet Junger’s analytical frame allows no room for religion. He is blind therefore to the possibility of faith providing an alternative path to a purposeful existence.

Even in contemporary America, danger and fear do not provide the sole mechanisms for nurturing a sense of belonging. Enclaves of community survive without drawing on primal experiences like war for sustenance. Some even thrive.  Whenever I visit the Trappistine abbey that has been the home of my sister-in-law for the past half-century, I am reminded of this reality. Indeed, that reality inspires me—as it might Sebastian Junger. I can provide the contact information if he’s interested in learning more.