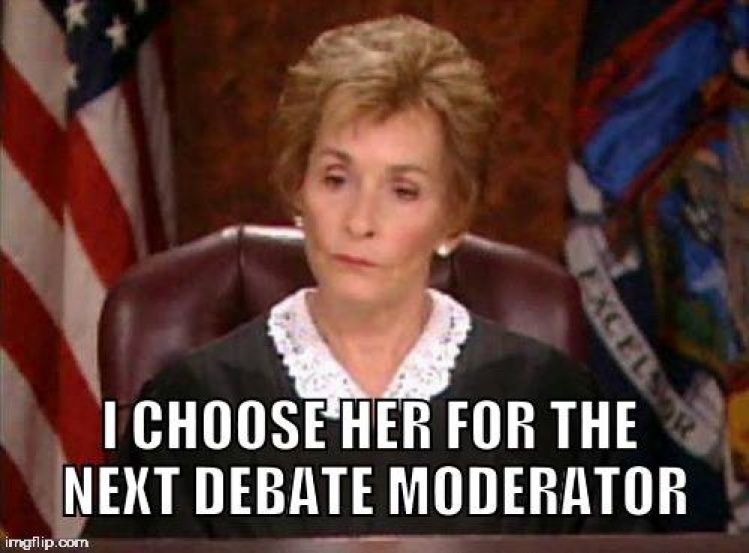 That is somewhat the case in our TV reality show of a presidential campaign. Donald Trump's tax returns remain mostly concealed, although tantalizingly glimpsed in The New York Times.  So are the "dark money" millions going mostly to Hillary Clinton's campaign. These are  secrets our society more or less allows to be kept, and journalists face many obstacles in reporting on them.  But Clinton's actions in response to her husband's infidelities a quarter-century ago are detailed front-page news. So is the TRUMP PORN VIDEO, the New York Daily News headline for its story about a soft-core Playboy video from 2000. (Trump is the one wearing clothes.)

We have the  farce of Rudy Giuliani attacking Hillary Clinton's response to women who accused her husband of sexual indiscretions -- Giuliani, who used the powerful media access of New York's mayoralty in an attempt to humiliate his second wife, Donna Hanover, mother to his children, as he abandoned their marriage. Giuliani's charge led to this exchange on Meet the Press on Sunday:

CHUCK TODD: Are you the right person to level this charge?

RUDY GIULIANI: Yeah. I'm the right person to level this charge, because I've never made such a charge, and I've prosecuted people who've committed rape.

CHUCK TODD: But your past, you have your own infidelities, sir.

RUDY GIULIANI: Well, everybody does. And I'm a Roman Catholic, and I confess those things to my priest.

Everybody? Well, "There's always something," as Willie Stark said.

All of this  -- including the Alicia Machado saga and the various countercharges Trump has made -- supposedly reflects competing strategies to win over the women's vote. If so, that's insulting to women. But what it really reflects is an attempt to publicly humiliate and shame the opponent in the way ritualized in the most noxious "reality" television shows. In that spirit, a San Diego radio station's suggestion that Judge Judy moderate the next presidential debate (more than 6,500 shares on Facebook) fits right in with the presidential campaign we are seeing. It's a TV "reality" show.

Trump succeeded with his reality-show tactics in the Republican primaries, but Clinton seems able to respond much more effectively than Trump's fumbling Republican opponents did. Therein lies the future of our country.

McDonald's, Nixon and the minimum wage