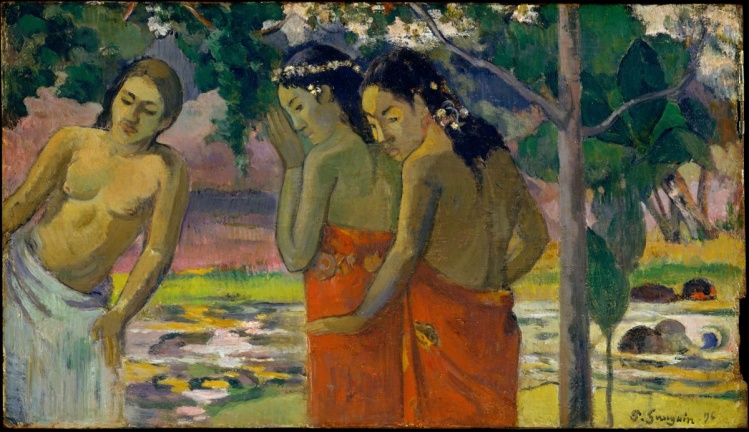 In a July piece on the Commonweal website (“Contending Claims, Contending Aims,” July 17), Rand Richards Cooper wrote on how criticisms of cultural appropriation can be “misguided.” Cultural appropriation is wrong, Cooper writes, when it amounts to a sort of theft—colonial archeologists “discovering” foreign cultures, for example. He then contends that what some call appropriation is more often mere “borrowing,” and that accusations of appropriating another’s culture create divisions where the priority should be unity.

But you can’t talk about cultural appropriation without first talking about systemic inequality. Cooper almost gets to the idea: he points out that there seems to be a “hierarchy of offense”—for a white American, wearing a sombrero is frowned upon, but dressing like an “African ‘tribesman’” would be much worse. Yet “wearing lederhosen to a beer party doesn’t seem to bother anyone,” Cooper notes. Why? “Every nation has its ‘raw spots,’” and as it happens, the imitation of German culture by Americans isn’t one of them.

But what makes a raw spot? A history, and a continuation, of disparity in power between two groups. Cooper’s suggestion that adopting elements of some cultures is akin to mere borrowing assumes that the relationship between “influenced” and “influencer” is neutral, when in fact it is imbalanced. A disparity in power is what makes it possible for one culture to appropriate another.

One of Cooper’s own examples illustrates this. He mentions the story of two white women in Portland, Oregon, who, after visiting Mexico, opened a food truck called Kooks Burritos and (in his words) were “called out for ‘stealing’” their recipes from local tortilla ladies. But the story is actually more complex than that. One of the women had in fact bragged about speaking to the tortilla ladies “in the worst broken Spanish ever” to try to learn their techniques, “but they wouldn’t tell us much…. We were peeking into the windows of every kitchen, totally fascinated by how easy they made it look.” To an appropriator who probably has never been appropriated from, this might not seem so bad. After all, isn’t imitation the highest form of flattery? Yes, cultural “borrowing,” as Cooper suggests, is permissible when it involves a respectful, balanced exchange. But swiping the “techniques” and recipes without the permission or maybe even the knowledge of their owners does not constitute such an exchange.

Further: imagine the “Mexican tortilla ladies” were somehow able to get to Portland and open a burrito place. They would not have the same built-in advantages that allowed two upper-middle-class white people to bring a product to market so easily. Discrimination, a language barrier, the difficulty of assimilating into a white cultural framework in order to be “marketable”—these are the kinds of challenges people of color often are confronted with when navigating realms dominated by white people for centuries.

Don’t try to give voice to the voiceless; amplify the voices—everyone has one—that already exist.
sharetweet

As a woman of color, I’ve seen many co-optings of my culture by white Americans: Indian lunches once ridiculed by classmates are now served with all the fixings in hip Bollywood-Chipotle haunts. The haldi doodh turmeric milk my mom would make when I was sick is now a five-dollar “golden milk” found at the local gentrified cafe. The salwar kameez my dad would bring back from shops near his family home in India is now stripped of its traditional ornamentation and sold in high-end boutiques in Williamsburg, Brooklyn. In these cases, it is rarely Indian people marketing and selling Indian culture—it is privileged, mostly white, Americans.

When I was in sixth grade, my teacher brought back a package of bindis from her visit to India. These are the markers or pieces of jewelry worn on the forehead, traditionally by Indian women, primarily Hindu, as a sign of protection. The teacher handed them out to my predominantly white class, and all the girls excitedly applied this “novel” ornamentation to wear for the rest of the day. Unlike the others, though, I’d worn a bindi before—yet now everyone was looking at me with confusion. “It’s so weird seeing you in that!” one boy said. The white girls, meanwhile, were met with huge smiles and excited squeals—“That’s so cute!”—as if it was just more new bling.

I didn’t understand it at the time, but now I am able to name what I experienced. Cultural appropriation alienates people of color by the particular way it imitates. While one might expect to see an Indian girl wearing a bindi, a white girl wearing one is novel, emblematic of cultural pastiche. And these small aggressions contribute to an internalized state of “otherness” many people of color experience when navigating in a majority-white society. “The effect of mimicry is camouflage,” French psychoanalyst Jacques Lacan stated in a 1964 lecture, later translated into English as “The Line and the Light.” Like camouflage, cultural appropriation is only so because it co-opts elements of a culture while remaining notably different from the actual culture itself. “It is not a question of harmonizing with the background,” said Lacan, “but against a mottled background, of becoming mottled.” In a 1984 article “Of Mimicry and Man: The Ambivalence of Colonial Discourse,” postcolonial theorist Homi Bhabha elaborated on Lacan’s theory: “In order to be effective, mimicry must continually produce its slippage, its excess, its difference.” Mimicry involves a systemic power imbalance between two cultures, when the “otherness” of one culture is juxtaposed against the “normalcy” of another. When a behavior is exhibited by the native culture, it’s unremarkable. But when mimicked, or appropriated, by another, it becomes novelty.

What about Cooper’s main objection to accusations of cultural appropriation? He asserts that the artist has “not only the right, but the obligation” to transcend cultural boundaries in order to illuminate, to reveal, and to enlighten. Cooper gives the example of a short story he wrote a decade ago in which he portrays “a young Kenyan immigrant in Washington, D.C., enduring a hard interlude of homelessness.” Cooper says that despite how proud he is of this piece, he laments that today it would “register high on the cultural appropriation meter,” and his work might never have been published.

It’s true that in writing fiction the author must imagine lives outside of her own. But not everyone has a chance to represent themselves or their own cultures on their own terms. The problem isn’t that artists of color haven’t been producing—and it certainly isn’t that they aren’t able to tell their own stories. It’s that, for a number of systemic reasons, people haven’t been listening. Some voices are heard; others are not.

For centuries, people of color have been treated as objects of art by Western culture or as mere observers of it; rarely in this context have they been able to produce it for international markets with any sense of agency. While art has always been produced in non-majority white countries, often this art and its stylistic characteristics have been brought to market only by exploitative trade routes, in which merchants (and not the artists themselves) benefit, or by imitation on behalf of white artists. Lack of resources due to discrimination in the art patronage market, lack of audiences willing to listen to non-white producers of art, and lack of respect as autonomous creative agents by arts administrators, all contributed to this systemic imbalance. Take, for example, a recent show at the Getty Museum in Los Angeles that showcased how works from a five-year period in Rembrandt’s oeuvre drew directly from Mughal portraiture characteristics, made possible through the connections forged by the Dutch East India Company. “Borrowing,” as Cooper says, has been a key element of artistic production since the advance of international trade. But “borrowing” denotes a symbiotic relationship—the word itself suggests something will be given in return. To say that Rembrandt was “influenced” by Mughal court painters, or that Picasso was “influenced” by African art, or that Gauguin was “inspired” by his temporary Tahitian surroundings mischaracterizes the relationship between giver and taker. These relationships were not symbiotic; they were exploitative.

To counter this history, museums today attempt to increase the diversity of art exhibited by including more artists from a variety of backgrounds. But it’s an imperfect process. There is no dearth of work by artists of color, but the number who achieve the critical or commercial success needed to be displayed in museums is low. In part, that’s because the criteria for what constitutes “good art” is in many ways subtly racist. Art critics and historians have historically been white and privileged, usually considering the work of artists from similar backgrounds, with prestigious training, to be masterpiece worthy. The trends that make “cutting-edge” art, namely the idea of continuity in the Western art world as outlined by modernist critic Clement Greenberg, neglect the innovative value of art histories alternative to the Western narrative. On those terms, work by artists of color has historically been dismissed—it’s either criticized for not conforming to the taste and trends set by white artists, or fetishized for its “exotic” nature, viewed as one-dimensional based on the creator’s identity alone. Meanwhile, the works considered “masterpieces,” exemplar of “good art,” adorn the halls of the Met, Louvre, and Smithsonian; they’re almost entirely created by white Europeans, and they betray sexist, racist, primitivist, and voyeuristic attitudes that have denied the role of “artist” to so many.

It is true that the line between cultural appropriation and cultural appreciation is hazy, and is continually being drawn and redrawn. And as Cooper suggests, it’s hardly as simple as barring white people from engaging with other cultures. But when borrowing from cultures whose people have historically been disenfranchised, the key is to tread responsibly, and to be respectful of others’ agency in representing their own narrative. Don’t try to give voice to the voiceless; amplify the voices—everyone has one—that already exist. People of privilege should be less eager to speak on behalf of others, especially if historically, their own voices have always found audiences. Let’s replace our impatience to speak with our intellectual humility concerning debates that aren’t our own. Instead, for once, let’s listen.