Still Point of the Turning World 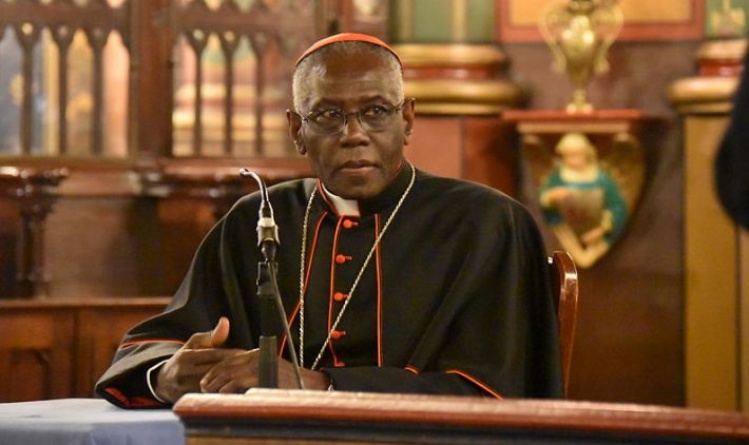 Romano Guardini, an influential figure in the liturgical movement of the early twentieth century, was known for the gravitas he brought to the celebration of Mass. Heinz Kühn wrote of him:

What drew me and the small congregation that came from all parts of Berlin to Guardini’s Mass...was simply this: He was a person who by his words and actions drew us into a world where the sacred became convincingly and literally tangible. His mere appearance radiated something for which I have no better word than luminous.... With him on the altar, the sacred table became the center of the universe.... The impact of the sacred action was all the more profound because Guardini celebrated the Mass versus populum—facing the people.

I thought of this when I read Cardinal Robert Sarah’s July 5 plea to priests to abandon the practice of celebrating Mass facing the people, beginning on the first Sunday of Advent. Sarah, who is prefect of the Vatican’s Congregation for Divine Worship, expressed the view that the liturgy began to deteriorate when bishops implementing the reforms of Vatican II directed their priests to face the people. This has long been a talking point of the “Reform of the Reform” movement, but this time Sarah implied that Pope Francis shared his view, and it made headlines. We need to turn eastward (ad orientem) again, Sarah argued, “toward the Lord” who is coming in the Parousia, in order to combat our community-centered tendencies. Ad orientem is licit, so there is nothing stopping priests from doing it right away. Do it “wherever possible” he urged, “with a pastor’s confidence that this is something good for the church, something good for your people.”

Pope Francis immediately reined in Sarah. He announced through his press secretary that there will be no new directives, and told Sarah to avoid using the term “Reform of the Reform.” Cardinal Vincent Nichols, in whose diocese the talk was given, also swiftly issued a statement reaffirming freestanding altars and Mass facing the people. Yet in the United States, despite the pope’s statement, a representative of the Bishops’ Committee on Divine Worship told Catholic News Service that future editions of the Missal would probably encourage ad orientem.

I agree with Pope Francis and Cardinal Nichols. The Vatican II bishops established an admirable unity of practice in the reformed liturgy; breaking it up now, on such a central issue, would be the very opposite of “pastoral.” Leaving aside the fact that many churches, including St. Peter’s in Rome, are not oriented to the east (advocates of ad orientem get around this by saying that “liturgical east” can be any direction), there is also something deeply disturbing about the suggestion that celebrating Mass facing the people has weakened our bond with the Lord.

Mass facing the people has a profound beauty. For the faithful to see the bread and wine, the shining vessels, the snow-white linen, the solemn gestures of touching, blessing, and lifting the elements—all this is an incomparable blessing. No matter how clunky the homily or how vexing the priest, when we come to the Eucharistic Prayer all is forgiven. The graceful, simple, and eloquent elements of our rites seen on the altar do indeed turn our hearts to the Lord. Pope Francis said it well in his encyclical, The Joy of the Gospel: “The church evangelizes and is herself evangelized by the beauty of the liturgy.” This beauty is revealed most convincingly not in sumptuous vestments or church décor, but in bread and wine, blessed, broken, and given. We need to see these things.

A view of the priest’s back and elbows isn’t naturally or inevitably going to make anyone think about the Second Coming. I recently read a story about a Methodist lady, long before the council, who concluded from her one experience of Mass that the ceremony involved keeping a live crab from getting away from the center of the altar! The story is likely apocryphal, but the point is clear: if one can’t see what is happening, fantasy fills the gaps. A massive educational campaign would be needed to explain why the Lord is coming from the “east” (which, in your church, might be the west) and what this has to do with Eucharist. Meanwhile, celebrations facing the people communicate well without much explanation, which was exactly what the authors of the Vatican II reform intended.

Kühn’s words about Guardini point out something else that merits reflection: “The sacred table became the center of the universe.” How right this is! The altar is the axis mundi. The fact that priest and people may now stand around the altar, rather than facing together toward some point outside the worship space, does not mean we are “without a common orientation.” The fathers of the council gave us an orientation when they placed bread and wine in the center of the gathered community. Christ is “the still point of the turning world,” to borrow a phrase from T. S. Eliot. “At the still point, there the dance is.”

The Abuse Crisis as Prophecy & Pascha