Start As You Mean To Go On 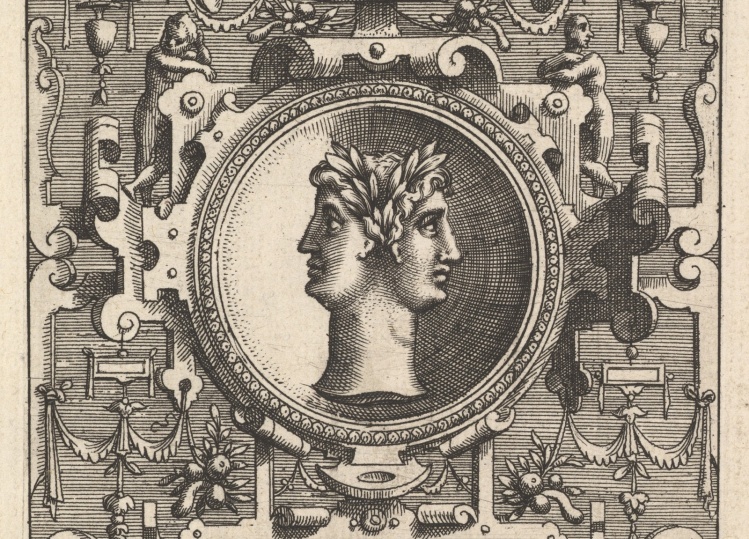 January is a depressing sort of a month. Even if you don’t indulge in New Year’s resolutions, many of us wake up on the first of the year with a hangover and a sense of purpose (even if it’s just to drink less). You are going to eat better, exercise more, work harder, be of more service to your community, purge your possessions, drop those two or three or ten bad habits. But then it’s cold; you don’t want to do much; you indulge this bad habit, then that one. By mid-January you are stuck acknowledging to yourself that you are, already, a few weeks into the year, a failure, and you’re simply living your life, nothing new about it.

Meanwhile, poke your head up out of the morass of your own life, and it turns out everybody’s waiting for the end of the world. There’s the general political situation; there’s the environment; there’s the ever-ongoing collapse of antibiotics; there’s the general disintegration of moral authority within the Catholic Church. Work is precarious but also the robots are coming to take all our jobs. And so on. Surely the Second Coming is at hand…by which I mean the Yeats poem itself, always somehow timely and certainly always (if predictably) quotable, not the event, which might be expected or dreaded or hoped for, even if, whenever it happens, it will not be timely.

So what do you do, if you feel a bit bad but also a bit impotent, if you want to improve yourself but are also entranced by the thought of the oncoming apocalypse? Personally, I go to the movies, because it’s nice to sit in the dark and only think about one thing.

I don’t live in Nazi Germany. There’s little to gain and much to lose through such conflation.
sharetweet

All I really wanted to read, at the end of last year and the beginning of this one, were books about people who were going on with their lives during times and in places that could best be described as “evil.” I read books about Nazi Germany and the Soviet Union and apartheid in South Africa. What interested me was not precisely the grappling with the conscience such books depicted—though of course that is, to some degree, present—but rather the insistent presence of everydayness even in the midst of calamity.

Take, for instance, Heinrich Böll’s memoir What’s To Become Of The Boy?, which covers some of his childhood in Nazi Germany. Böll’s parents were, in an un-ironic sense, “good Germans,” Catholics who objected to the Nazi regime. They also spent the Nazi years very poor and moving from apartment to apartment. But the memoir is largely about Böll’s skipping school and worrying his parents and growing up without any money.

This is not to say it’s apolitical. In Böll’s novels, the ways in which living your life, even in Nazi Germany, is necessary, automatic, and yet not really, finally possible are part of what interest him, as is the question of living your life after, when you know what you know about your neighbors and cannot un-know it, even if you wanted to.

But even in very evil times, boys still write book reports, go on long bike rides, worry their parents, and even fall in love. Families still flee apartments because they cannot pay the rent. The conscience can be troubled in multiple directions: the Bölls are Catholics, but so scandalized by the Reichskonkordat that they consider leaving the church, ultimately remaining because to leave would also be a capitulation.

Another example: in Vasily Grossman’s novel Life and Fate, a man receives a letter from his mother, who has died at the hands of the Nazis before it even reaches him. “Life goes on,” she writes. “Not long ago we even had a wedding.…”

It seems that nowhere is there so much hope as in the ghetto.… And the source of all these hopes is one and the same—the life-instinct itself, blindly rebelling against the terrible fact that we must all perish without trace. I look round myself and simply can’t believe it: can we really, all of us, already be condemned, about to be executed? The hairdressers, the cobblers, the tailors, the doctors, the stove-repairers are still working. A little maternity home has even been opened—or rather, the semblance of one. People do their washing, linen dries on the line, meals are prepared, the children have been going to school since the first of September, the mothers question the teachers about their children’s marks.

Life and Fate is a novel, but Grossman’s own mother did die under similar circumstances. And much of Life and Fate is about the ways in which people persist in everydayness, how societies still form in the middle of social collapse, and how a world of love and moral courage can exist at the same time as cowardice, tyranny, hatred, and mass murder.

I’ve tried to pursue lines of inquiry through such sources rather delicately. I don’t live in Nazi Germany. There’s little to gain and much to lose through such conflation. Nor is it always helpful to “go there” even rhetorically, since Americans, at least, have troubles of our own and don’t need to go abroad to understand them. Every time is unhappy in its own way.

Rather, I am interested in them because they show people at moral and physical extremes. And even under such extremes, people are still living in the everyday. Even people who know they have no future will have children.

Whatever it is that I am trying to find in these books, it is not guilt. Nothing is really accomplished by people feeling bad about themselves, though of course you should feel bad about yourself if you have something that you ought to feel bad about, and perhaps you ought to go to confession if such a thing is available to you. But sitting around brooding about how soon no antibiotics will work and we’ll all die of hitherto preventable diseases does not really do much for anyone. Still, the alternative—taking bike rides, reading, and the rest of it—can also feel self-indulgent.

If everydayness has a fraught quality, it is partly because to us, everyday life has become whatever is left over from all the other things that place demands on our time. There’s the proverbial work-life balance, but there’s also the general guilty anxiety brought on by consuming the news and “life,” a context in which it seems like every story requires more attention or more action or maybe just feeling a bit worse. There is no way to recognize the everyday in such a context except as self-assertion: self-care, self-improvement, self-investment, treating yourself, putting yourself first. And so dwelling on these trivial details, haircuts and food and weddings and so on, can only sound like a plea to be left alone. And it often is.

Yet that a kind of need for others and a sense of the future can’t go away, that people remain people in the grandest and most mundane ways throughout whatever happens to them…I want to believe, perhaps impossibly, that this can mean something more than retreating into little sealed-off spheres. And maybe sinking into the everyday need not mean retreating into private life and leaving others behind, but rather encountering ourselves and others at our simple and shared needs.