A Sweeping Biography of an Overlooked Figure
By Dominic Preziosi
U.S. Catholicism
Theology 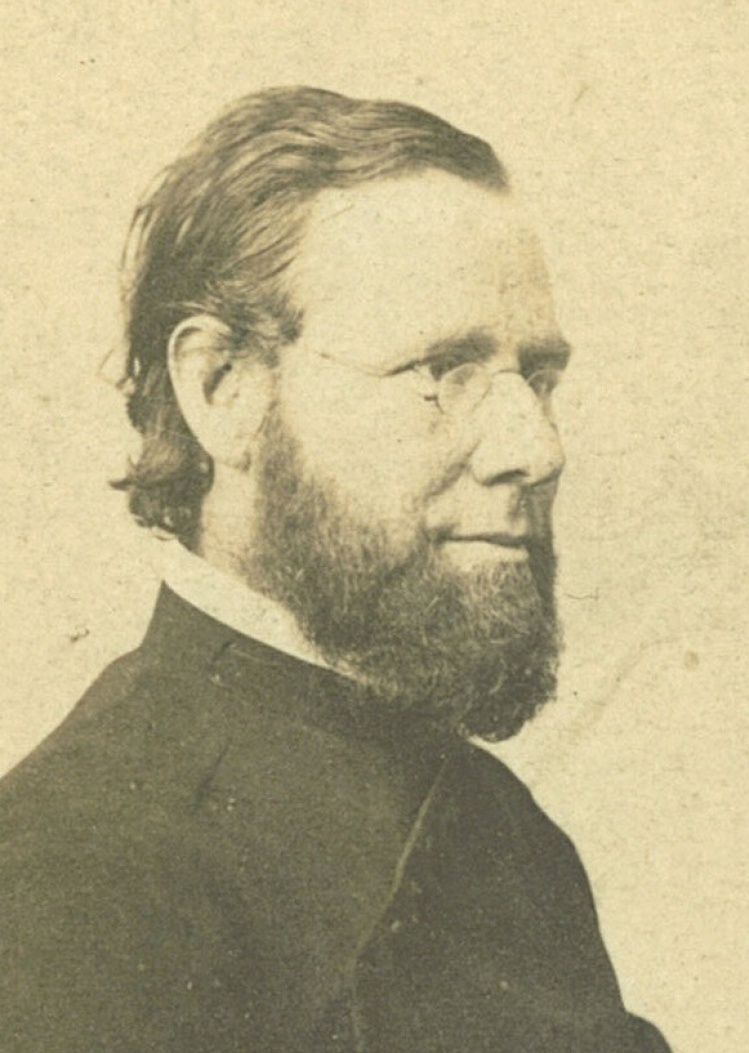 It’s hard to say how many people today have more than passing knowledge of Isaac Hecker, nineteenth-century convert, priest, founder of the Paulists, and, posthumously, the bête noire of European theologians who linked his name to Modernist attacks on “not just the branches and shoots but the very root” of the Catholic faith. As it happens I didn’t until this year, when I read David J. O’Brien’s sweeping biography, Isaac Hecker: An American Catholic. O’Brien, long a Commonweal contributor, provides an accessible, thorough-going education in his subject, who dreamt with rather joyful hope, and perhaps real naiveté, of a Catholic America leading a Catholic world. O’Brien makes “Heckerism” seem an appealing vision of vibrant belief that’s “firmly within Catholic tradition, yet faithful in pushing it to the horizons of the contemporary world,” as Hecker himself occasionally characterized his project. In underscoring the indefatigable, occasionally misplaced optimism both fueling and hampering Hecker’s mission—he spent some of his early years among Emerson and Thoreau, and didn’t quite seem to understand why his notion of the “indwelling spirit” might alarm institutionalists—O’Brien presents Hecker as “a mystic in an age of pragmatism” and an American of his time. He was not just an “earnest seeker” (in O’Brien’s words) but also an energetic one.

What’s the benefit of reading about Hecker in these times, nearly thirty years after O’Brien’s book first appeared and almost one-hundred-thirty years after Hecker’s death? The quick answer is: Look around. There’s something bracing about Hecker’s belief in Catholicism’s ability not only to survive, but flourish in a nation established on the principles of freedom of religion and separation of church and state. There’s something authentically inspiring about his sense of evangelization, which was, as O’Brien puts it, “not primarily a matter of membership, but of bringing all human life, art and science, politics and culture, to their fullest realization.” There’s his principled emphasis on Trent’s Catechism definition of the nature of the true Christian, who “possesses nothing which he should not consider common to all others with himself, and should, therefore, be prepared promptly to relieve an indigent fellow creature.” Readers of a certain stripe might feel a frisson of solidarity in learning of Hecker’s very American exasperation with structure, hierarchy, and doctrine, which occasionally found expression in journal entries: “I’d sometimes like to make a clean sweep and have nothing binding but the Apostle’s Creed.” Many others would be moved by his desire simply, or not so, to “make Catholicism catholic.”

Some readers will feel a frisson of solidarity in learning of Hecker’s exasperation with structure, hierarchy, and doctrine
sharetweet

Yet Hecker’s enthusiasm—as charming and likable as it still can seem—was not enough to bring into being the Catholic America he envisioned. His de-emphasis on “membership” and occasional mustering of quasi-transcendentalist abstractions neither appealed to ordinary parish Catholics nor won the converts he sought. And would he be as optimistic today—after decades of declining church membership—about the “natural” compatibility of Catholic and American values?

But as the best biographies do, Isaac Hecker presents its subject as a living actor in his moment. O’Brien is a historian, and his book is also a rich history—cultural, political, and religious—of the United States from the early nineteenth century and into the twentieth. Thus we understand Hecker’s early attachments to New England transcendentalists in the context of the era; we get to witness his endeavors in building a religious community and urban parish while navigating the business and political spheres of booming, post-Civil War New York City; we’re on the ground with him at Vatican I as he cautiously advances precepts of what the church would come to decry fearfully as “Americanism.” Importantly, O’Brien does not shy from Hecker’s relative silence on slavery and the Civil War, or his blindness to the living, breathing members of an ever-expanding immigrant church, to whom his evangelical outreach did not extend.

O’Brien’s book is long, and a feat of research—maybe too big a one, what with detailed recounting of Hecker’s introduction to and contentious exit from the Redemptorist order, and the mapping of alliances among American hierarchs in the mid- to late-nineteenth century. Skim these sections or not, according to your sense of readerly obligation. Either way, you’ll emerge with a much fuller understanding of Hecker, and perhaps in the bargain, an awakened sense of how the U.S. Church’s current dilemmas have been present from the start.