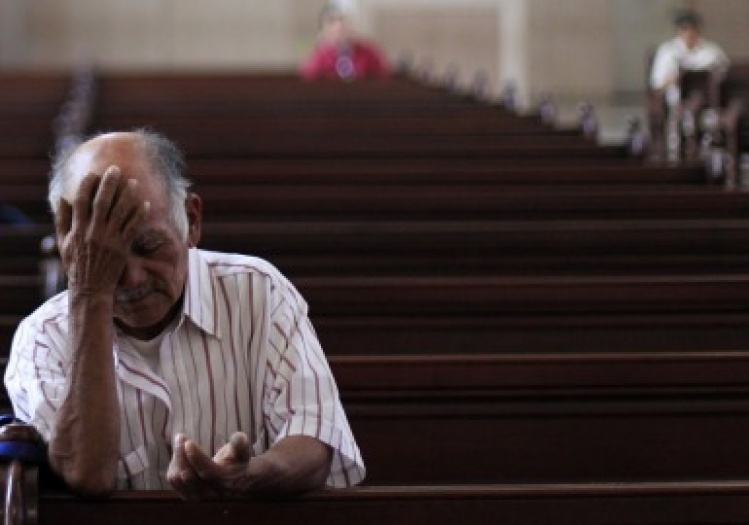 When I was young I thought the goal of a spiritual life was some form of bliss or contentment. In my pride, I wanted not only to attain this but to be seen to have attained it. Christian mysticism and Buddhism intrigued me, and of course I understood neither of them.

Being a fool for a while is part of the process. It wasn’t until many years later that I turned around to look at my life and saw that what had led me to where I really was involved a mix of depression, anger, fear, and anxiety. I had gone through a serious illness as a child, there were deaths in the family that struck me hard, and no doubt these contributed to whatever I had become. I lived as if I were a clenched fist, even as I hoped I was making some sort of progress. But seeing all this more clearly helped me to begin to relax: I learned, among other things, that the problem was not so much with the universe itself, but with me and my perception of it. This discovery came as a great relief since a local and contained wound is better than a universal catastrophe. The rest of reality may indeed be wounded, but all you can deal with at the start is yourself.

I know a man who was ordained a Zen monk, and is now an Orthodox Christian. He teaches meditation and asks his students, “What do you hope to gain from this?” They may say something about having a more whole life, serenity, etc.—the usual clichés that surround the idea of enlightenment. He points out that he is a divorced man, a recovering alcoholic, and has suffered through long periods on unemployment—the point being that nothing, including meditation, can guarantee wholeness or any sense of moral or therapeutic achievement.

It is a common thing for both religious and nonreligious people to think of morality as a major end of the religious life, or some sense of “being right” with God, or of being on the right side of a particular issue. But the need to be right is at best ego-satisfaction and an idolatrous temptation. There are a couple of great lines in Leonard Cohen’s song “Anthem” that warn us about fantasies of perfection: “Forget your perfect offering. There is a crack, a crack in everything. That’s how the light gets in.”

What I didn’t see when I was younger was that the common insight of the great religious traditions is that something is wrong. Something about ordinary human consciousness doesn’t work, and it only gets worse when we try to put ourselves in control, to fix things. At their start, many religious traditions (for example, Hinduism and Judaism) focus on purity codes, but these become less central: the Bhagavad Gita and the prophets are about so much more, including a loss of control and self-interest. They focus on the transformation of life and on repentance. To know you need help that you cannot somehow conjure up through your own power frees you. You have to turn from yourself to something outside yourself, hoping it will be gracious. You have to accept an interior emptiness.

This is where the Christian story matters so much—we see in Jesus what the God who called us forth from nothingness is like. I know now that I can’t be without him. Our brokenness is the beginning of this knowing. We have to know our emptiness and need. In a culture that emphasizes the need for control and autonomy this knowledge is hard to come by. We really are going against the grain of a common cultural yearning.

The people who are the most open to grace are those who know how broken they are. One woman who came to me for confession was so full of shame for a life that involved a great many crimes and serious transgressions that she was shaking with fear when she walked into the church. She had met a monk who made it clear to her that forgiveness and complete reconciliation were still possible. By the time she ended her confession she was completely at peace. It had nothing to do with anything I said or did. It was her honesty and willingness to stand in the face of the truth that brought this about—and God’s love for her. This happened many years ago, but it has stayed with me. I have never been so moved by an encounter, or so admired the honesty of a fellow Christian. But the great joy and truth of what we profess is that this sort of joyous liberation happens all the time.