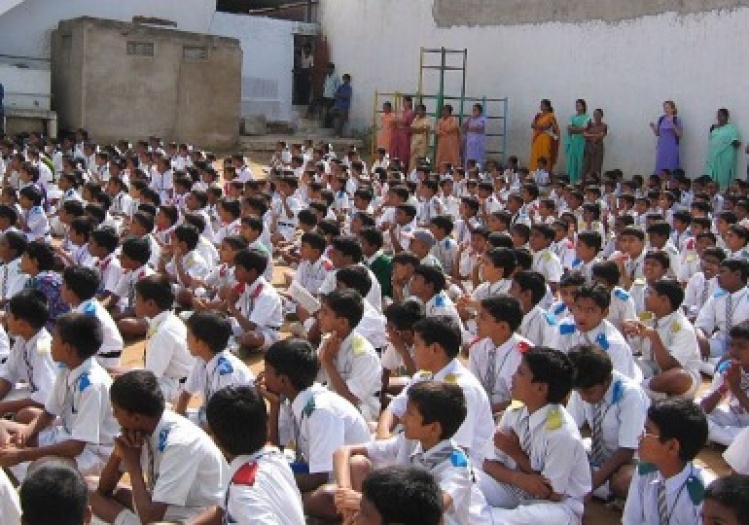 Little things mean a lot. Take, for example, a “keystone species.” These are species that are crucial to their ecosystems; destroying them can wreak irreparable damage. Lions, tigers, and elephants aren’t on the list—the spotted owl and the brine shrimp are. Keystone species are often creatures you don’t notice until they’re gone. The lichen, a colonizing organism that can revitalize soil devastated by volcanic ash, fix its own nitrogen, and disintegrate rocks, may seem dispensable—it’s only a fungus, after all. But without it, the ecosystem of the Arctic region would suffer and the entire planet would be affected.

Keystone species. Keystone habits. The concept isn’t that different. In his fascinating book The Power of Habit, Charles Duhigg extends the concept of the inconspicuous-but-indispensable to habits. His idea is that certain seemingly insignificant habits can have a profound impact on our lives—on our success in school, at work, and even in our marriages. Research has proven, for example, that families that eat dinner together regularly have children with higher grades, better social skills, and more confidence than kids whose families don’t. Making your bed every morning is statistically linked to greater productivity. Regular exercise, even as little as one day a week, leads people to eat better, smoke less, and use their credit cards more judiciously.

Coincidentally, while reading The Power of Habit, I was also looking critically at attendance data from our different centers for children with special needs here in India. The numbers were shocking. Only one center had a respectable average attendance rate of 87 percent. The others ranged from 60 to 72 percent. This is it, I thought. Attendance is our keystone habit.

We began with more analysis. Why the poor numbers? Lack of transportation, ill health, bad weather, lack of family commitment to the program. Then more minutely: Were particular children chronically absent, bringing down the overall average? Were certain sessions worse than others? Certain times of year?

We established protocols to deal with an absence. When students didn’t show up, we would phone their parents within half an hour and deliver a scripted message conveying concern and disappointment. We came up with a list of consequences for repeated no-shows, and we set up a reporting structure to keep track of absences. Now each center calls in its stats to the main office every day.

But the really transformative stuff is just beginning. If health problems are keeping kids from showing up, what are we doing about that? Children with disabilities are more likely to get sick, but their illnesses often go unnoticed in the early stages because they are attributed to the disability rather than an infection. They are less likely to get routine health exams, so little things get missed until they become big things. That means we need to talk more to parents about general health and to provide more routine medical care to those who can’t afford it.

Transportation, especially in our torrential monsoon season, is a major factor in absenteeism. Poor families travel on bicycles, but that’s not an option when your kid can’t balance on the crossbar (no baby seats here) and it’s pouring rain. So we’ve asked a local company to buy us two new buses so our kids can get to school every day.

Parents aren’t committed. This is the biggest problem of all, and it has occasioned the deepest introspection and the most radical changes. If our parents don’t see the point of what we are doing with their kids—if they don’t feel every day is vital and missing a day matters—we’re doing something wrong. In trying to understand this part of the problem, our staff have realized that they’d been coasting a bit. They had not been communicating enough with parents about little ways their kids are improving, and they had not been creating a sense of excitement in the children so that they don’t want to miss a day. These bad habits were all sending the wrong message to families.

Using a keystone habit to organize around is not only effective, it’s fun. You see things differently: connections you’d never noticed before suddenly emerge. And it’s all cool. No one’s blaming anyone or pointing fingers. We’re just looking at data and making adjustments. Like scientists in a lab, we experiment till we get it right. And because we can measure it, we know where we stand.

There’s a spiritual lesson here somewhere, I know it. Nuns and monks the world over clothe themselves, literally, in habits. Their days and nights are shaped and punctuated by habits—things they do, whether they’re in the mood or not, to ensure that their higher purpose is achieved. Their lives of routine and ritual are a constant reminder of how, by little and by little, our days turn into years and our years become our lives.

But right now, I’m more interested in getting those kids to school every day.