A Senator's Faith — and Humility 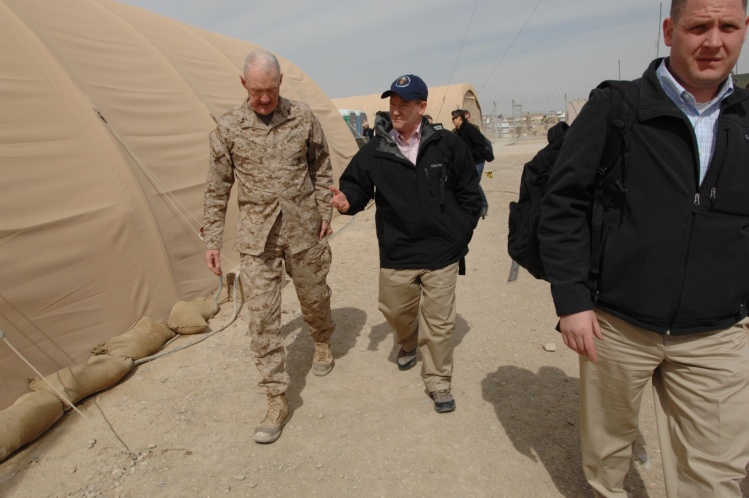 There are few moments of grace in our politics these days, especially where conflicts over religion are concerned. Last week, I witnessed one. Perhaps it was a mere drop in an ocean of suspicion and mistrust, but it was instructive and even encouraging.

The venue, in a small meeting room at a Holiday Inn not far from the Capitol, was a gathering of members of the Secular Coalition for America whose mission is “to amplify the diverse and growing voice of the nontheistic community in the United States.” One cause of the contentiousness of our politics is that both secular and very religious Americans feel misunderstood and under assault.

The Secular Coalition invited Coons to speak because, as he said of himself last Thursday night, he is “dedicated to the separation of church and state and to the equal protection under the Constitution which I swore to uphold, whether you are religious or secular.”

More than that, Coons told the crowd that he is uneasy with “rigid certainty” on religious questions. He understands that many are skeptical of faith, both because “religion [has] come to be so closely associated with right-wing politics” and because the Bible “has been used as a document, as a foundation, to justify discrimination.” The revered text is, to some, “the basis of intolerance, based on outdated teachings and moral codes and has been a source of pain and distance and discomfort for many.”

If Coons had left it at that, this would have been another in a long series of Washington speeches in which a politician tells his allies how much he agrees with them. But as “a practicing Christian and a devout Presbyterian,” Coons had a second message.

Early on, he quoted the very Bible others find offensive, noting that Jesus’s command in Matthew 25 to feed the hungry, clothe the naked, and visit the imprisoned had “driven” him throughout his life. As a young man, he spent time in Kenya and South Africa working with the poor and with leaders of the South African Council of Churches, including Archbishop Desmond Tutu.

And then he told a story. As a Yale Law School student, he decided to pursue a separate degree from the university’s divinity school, and what he encountered was a long way from tolerance and open-mindedness.

“I was very active in the progressive community in my law school and most of my friends were politically active progressives,” he said. “But I was unprepared for their response when word started filtering out that I had enrolled in divinity school. Some of them literally disowned me; my own roommates moved out. Several folks literally stopped speaking to me, and acted as if I had lost my mind.”

His own background was thrown in his face, with friends saying: “Chris, you’re a scientist, you’re a chemist, you trained as a chemist as an undergraduate, how could you possibly believe this insane stuff?”

What he experienced, Coons said, was “real bigotry.”

“Frankly, we were a group of progressives who were really proud of how welcoming and open we were and how virtually any possible lifestyle or worldview or attitude was something we would embrace -- right up until the moment when I said I believed in God.” For many progressives, “accepting someone of expressed faith was one of the hardest moments of tolerance and inclusion for them.”

Believers among you are probably cheering Coons at this point. But ever the peacemaker, he didn’t stop here. The other lesson he learned was that many nonbelievers “had personal experiences of deep pain and of alienation ... that had driven a big wedge between them and religion.”

And he offered this: “When I think about this country’s founding, the central tenet of secular governance, I also think about the importance of doubt and of humility. As a person of faith, I think it’s foundational to our country that if we allow people to choose their path of faith, they must of course be also free, welcomed, celebrated, to choose not to have faith in a supreme being.”

It’s to the credit of the Secular Coalition crowd that they cheered a speech that was as challenging as it was affirming. Coons’s message was deceptively simple: that we must find ways of “getting past some of our misunderstandings of each other.” The problem: Respecting each other on matters of faith and politics seems beyond our current capacities.