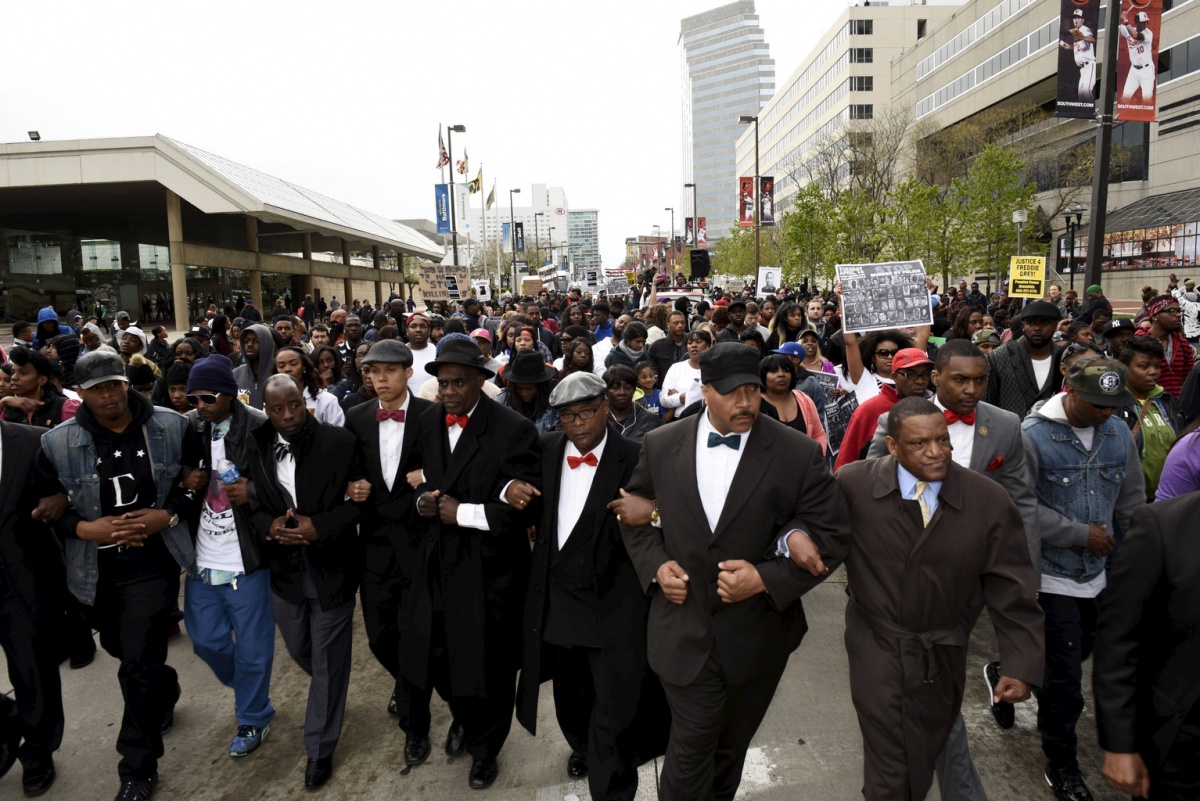 You did not choose to be sacrificed but, God willing, your death, and the reactions to it in Baltimore and around the nation, will reawaken your fellow citizens to ugly realities that so many of us have tried so mightily to avoid.

Your fatal injuries while in police custody—under circumstances that make it impossible for anyone to credibly blame you—have done what the deaths of Michael Brown, Eric Garner, and even twelve-year-old Tamir Rice could not do: remove any ambiguity about agency.

Your sad history of childhood exposure to lead paint shines a light on a hazard that has afflicted untold numbers of poor children, especially black children, raised in housing that literally cripples them mentally, shortens their lives substantially, and diminishes the quality of the time they do have.

And whether you would have willed it or not, the riot—or was it a rebellion?—touched off by your death has focused minds on America’s urban tinderboxes in a way that no presidential speech (assuming there had been one) or civil-rights leader’s sermon has been able to since…well, within recent memory.

“All experience hath shewn, that mankind are more disposed to suffer, while evils are sufferable, than to right themselves by abolishing the forms to which they are accustomed.” So wrote our nation’s second slave-holder president in one of America’s seminal documents.

Torching a CVS drug store probably wasn’t what Thomas Jefferson meant by “abolishing the forms to which they are accustomed.” But for people who otherwise find it impossible to command the attention of the powers that be, it may have looked like the best means available.

The question is whether, having now gotten that attention, anything productive will happen. The signs so far are mixed at best.

The state prosecutor in Baltimore has found probable cause to charge the police officers who had Freddie Gray in their custody with crimes including false imprisonment, assault, manslaughter, and second-degree murder.

Having a prosecutor charge a police officer with any kind of misconduct is so rare in America as to be almost a freakish occurrence. The prosecution faces an uphill battle. While, the Baltimore police have a history of mistreating black citizens, juries have a history of acquitting cops charged with brutality.

Beyond the prosecutorial challenges, the events in Baltimore have had the salutary effect of loosening the tongues of the president and of his would-be Democratic successor. Barack Obama, who has been notable for his reticence on issues of race and poverty, called for “some soul-searching” on what he termed a long, “slow-rolling crisis” of urban poverty. And Hillary Clinton, departing from her careful script of anodyne statements designed to sound thoughtful without saying anything substantive, gave a major speech in which she called for reforms to end America’s disastrous, decades-old infatuation with mass incarceration and criminal justice solutions to problems ranging from mental health to bad breath.

Among the Republican presidential candidates, reactions to Baltimore have been surprisingly few so far. Given the track records of most of them, that may be a blessing.

Here’s my small contribution to our presidentially proposed national soul-searching: Find a copy of “The Negro Family: The Case for National Action,” the late Daniel Patrick Moynihan’s 1965 policy paper for the U.S. Department of Labor. It’s readily available online. Read it. Don’t read commentaries about it. All the commentators have their own hobby-horses and attempt to draft Moynihan to fight their causes. Pay close attention to the last chapter, “The Case for National Action.” That was, remember, a recommendation to President Lyndon Johnson of a policy to guide national action. Here’s how Moynihan says his proposed policy would read:

The policy of the United States is to bring the Negro American to full and equal sharing in the responsibilities and rewards of citizenship. To this end, the programs of the Federal government bearing on this objective shall be designed to have the effect, directly or indirectly, of enhancing the stability and resources of the Negro American family.

That didn’t happen. And Baltimore is, at least in part, the result.