In Search of Humble Prophets 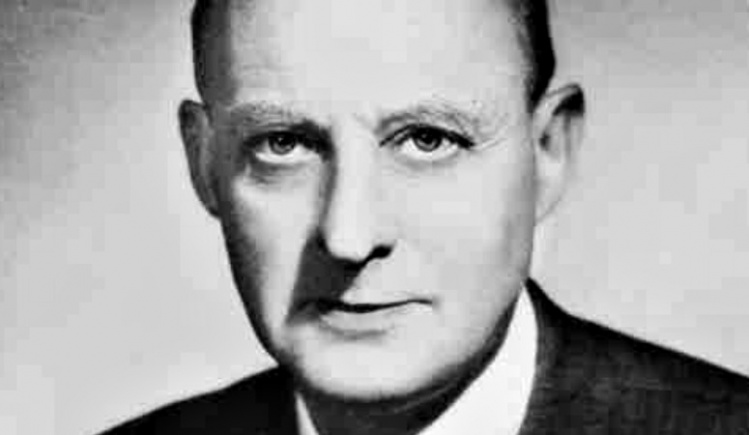 Over the last several decades, those who view religion with respect regularly come back to the same question: What has happened to the religious intellectuals, the thinkers taken seriously by nonbelievers as well as believers?

In this increasingly secular time, a natural follow-up question ratifies the point of the original query: Who cares? Why should the thinking of those inspired by faith even matter to those who don't share it?

Well, historically, secular and religious intellectuals often engaged in helpful dialogue, and Alan Jacobs, a Baylor University scholar, suggests that religious intellectuals are the missing solvent in our fractious culture wars: They are uniquely well-placed to mediate between secular liberals and conservative believers whom progressives often see as "forces of reaction."

The religious intellectuals, Jacobs writes in the current issue of Harper's, are "people who understand the impulses from which these troubling movements arise, who may themselves belong in some sense to the communities driving these movements but are also part of the liberal social order."

The usual mourning over the "lack of prominent, intellectually serious Christian political commentators," Jacobs notes, is "familiarly known as the 'Where Is Our Reinhold Niebuhr?' problem," after the great 20th-century theologian—and one of my own heroes. He graced the cover of Time magazine in 1948, a real marker then of more than modest fame.

Jacobs' effort is thoughtful and well worth engaging. But I am not sure we have a shortage of Christian intellectuals (although I may be biased because some of my best friends might be counted as part of this group). Rather, we live in a world where (1) religion has been subsumed by politics; (2) many liberals have accepted the view that religion now lives almost entirely on the right end of politics; (3) the popular media tend to focus on the most extreme and outlandish examples of religion rather than the more thoughtful kind; which means that (4) the quieter forms of religious expression -- left, right and center -- rarely win notice on the covers of magazines or anywhere else.

The politicization of religion is obvious, and it tells us something that when we routinely talk about "religious issues," we are not talking about what people think about the nature of God or how to contemplate the Exodus or the Resurrection. We go straight to hot-button issues such as abortion or gay marriage.

As the wise sociologist Alan Wolfe has noted: "At earlier periods in American history, people have argued over which Bible should be read in schools and how it should be interpreted. Those were debates that put theology first. The people who fight today's culture war, by contrast, put politics first."

The result: Religion is talked about a lot, but mostly superficially. "The absence of sustained, public scrutiny of religious ideas in our time," the Berkeley historian David Hollinger has written, "has created a vacuum filled with easy God talk."

Moreover, public discussion of religion often ignores the rich and visionary tradition of African-American Christianity except in times of crisis (most recently, the massacre at Emanuel African Methodist Episcopal Church in Charleston) or controversy (the attention paid to the Rev. Jeremiah Wright during the 2008 campaign).

Occasionally, Pope Francis' passionate pleas on behalf of social justice penetrate the public consciousness. But more typically, the relative lack of attention to non-stereotypical versions of Christianity reinforces the tendency of more secular people to treat religion as consistently promoting either extremism or, in milder forms, garden-variety conservative politics.

If you are looking for an antidote to this impasse, I'd suggest Cathleen Kaveny's inspiring book published earlier this year, Prophecy Without Contempt: Religious Discourse in the Public Square. Kaveny, a professor at Boston College and, yes, a Christian intellectual, suggests that religion's most powerful public role involves "prophetic indictment" of our shortcomings. Martin Luther King Jr. is one model of this, Abraham Lincoln another.

She insists that the most powerful prophets are tempered by "a lively sense of humility." They understand both the limits of their knowledge and their own moral shortcomings. They also have "social humility regarding the status of other peoples, including one's enemies, in God's affections." In other words, they don't consign their foes to hell.

Humble prophets are hard to find, especially in this election year, but they have a special vocation: to remind the skeptical that religion, which can indeed be divisive, is also a moral prod and an intellectual spark.