From Scotland to Sicily 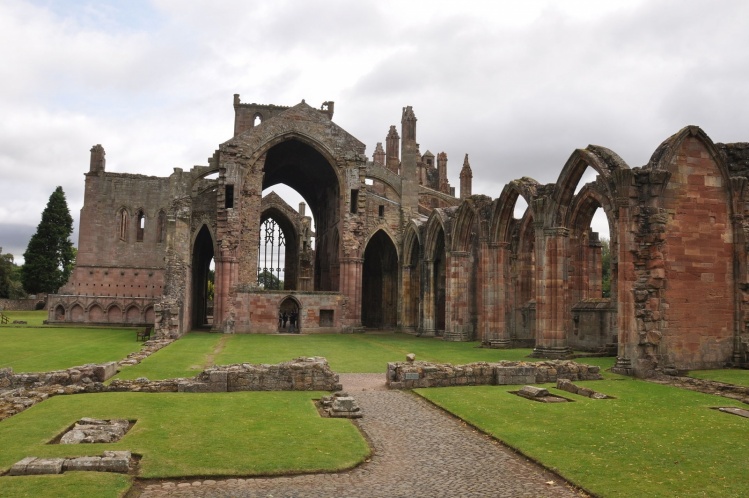 The Reformation runs through me like a river, five hundred years after its Wittenberg spring. I am a Protestant. Yet Luther’s floodplain has left me with what may surprise you, the sediment of a catholic sensibility. What do I mean? Do you know the scene in the movie Good Night and Good Luck when legendary reporter Edward R. Murrow’s colleague in the television newsroom is making elaborate plans for Christmas? But Jews don’t celebrate Christmas, someone objects. Don’t tell him that, comes the rejoinder. He loves Christmas! I would ask the same ecumenical restraint of you, dear Commonweal readers. Don’t tell me Protestants are not Catholics. I know, but I love your catholicity. How so?

My wife and I celebrated our twenty-fifth wedding anniversary in Sicily. On this island marked by many Mediterranean civilizations, I was particularly struck by the Norman ruins; not by their antiquity so much as by their familiarity. You see, I grew up in a Scottish village clustered around a parish church with a twelfth-century Norman tower. Sicily and Scotland were the farthest bounds of Norman influence in Christendom. Nothing had changed in the Christendom of my childhood. This Norman tower was the original fixture of my faith, not Luther’s Wittenberg door. Our parish church may have been Protestant for four hundred years but that was news to me. The name on the church noticeboard may have been Presbyterian but the stones were catholic. They stretched back in time even further than the church tower to the ancient Celtic cross still standing on the edge of the village. These stones nurtured my natal assumption of one faith, one Lord, one baptism. They stood in unbroken continuity with the first Christian missionaries from Iona. Such thoughts may have been presumptuous in Rome, but they were plausible in the Scottish village of Markinch.

It was this physical sense of one community of faith across centuries, continents, and churches that shaped my earliest experiences of being a Christian. That this was so was entirely contingent on my place of origin. It blessed my life with moments that a sectarian upbringing would have denied me. Everyone knows where they were the day John F. Kennedy was shot. But where were you the day that Gordon Gray, the first Scot since the Reformation, was made a cardinal? I was sitting around a grainy black-and-white television screen with my family, weeping with pride as a fellow Scot was honored by the pope, supported by kilted, bagpipe-playing pilgrims in St. Peter’s Square. Yet my sense of catholicity ran deeper than these televised moments of patriotism. It was rooted in the spiritual riches I discovered in our village public library, John XXIII’s Journal of a Soul. Its photograph of this beaming peasant pope visiting prisoners in jail became my icon of the Gospel.

We were either Catholics or Protestants, still fighting the Battle of the Boyne, not fellow Christians with a shared history
sharetweet

Of course, such ecumenical innocence could not survive life beyond my village. Taking part in a high-school debating final in Glasgow as a seventeen-year-old shocked me into the realization that there was another Scotland, where the rhetoric of rival schools echoed the binary mentality of divided Christian communities. We were either Catholics or Protestants, still fighting the Battle of the Boyne, not fellow Christians with a shared history stretching back fourteen hundred years, the timeline for my village church’s anniversary celebrations. Happily, my primal sense of catholicity survived this rude awakening to the social reality of sectarianism. Just as well, for my years as a parish minister were spent in the West of Scotland. There the older ideology of anti-Catholicism that forged the British state and the more recent immigration of rival traditions from Ireland left a legacy of mutual distrust in local communities. It was therefore a political as well as a religious act to work with my closest colleague, the local parish priest, to counter such prejudice together in ecumenical services of worship, common Bible studies, and community projects for social justice. Working with Fr. McCarthy is the closest I have ever come to seeing God’s kingdom come on earth.

But does a catholic sensibility mean more than just this kind of local ecumenism for a Protestant? My own Reformation Father is not Luther but Calvin. It was Calvin who wrote to Archbishop Cranmer in England in April 1552:

Amongst the greatest evils of our century must be counted the fact that the churches are so divided one from another that there is scarcely even a human relationship between us; at all events there is not the shining light of that holy fellowship of the members of    Christ, of which many boast in word, but which few seek sincerely indeed. In consequence, because the members are torn apart, the body of the church lies wounded and bleeding. So far as I have it in my power, if I am thought to be of any service, I shall not be afraid to cross ten seas for this purpose, if that should be necessary.

By “reformation” Calvin meant working to restore the ancient face of the one, holy, catholic, and apostolic church of the Creeds, not setting up some novel Protestant sect. Thus his commendable willingness to risk all to heal the bleeding wounds of division in the body of Christ. Yet his call to catholicity also had its shadow side in his condemnation of the Anabaptists, and complicity in the execution of Servetus in the name of trinitarian orthodoxy. For all that, Calvin endowed his successors across those ten seas with a catholic sensibility that is the mark of Reformed churches at their best. When they, like Calvin, fall into complicity with disunity, it is the catholic purpose of the Reformation that condemns them for wounding the body of Christ.

Calvin endowed his successors across those ten seas with a catholic sensibility that is the mark of Reformed churches at their best.
sharetweet

The starkest example of such a catholic sensibility and its shadow side among Calvin’s heirs is to be found in the story of the Reformed churches in Southern Africa. European colonial conquest and settlement brought with it the Dutch Reformed Church, whose approach to mission was to establish separate churches for different ethnic communities. While these separate churches for whites, blacks, and “coloreds” were held to be spiritually one, they were called to live and worship separately in their own communities, as God had ordained in creation. This ecclesial doctrine of physically separate but spiritually equal churches was transmuted into the political doctrine of apartheid with the triumph of the Afrikaner National Party in 1948. Its legislative program of forced segregation was supported by the NGK, the white Dutch Reformed Church.

But then a remarkable thing happened over the subsequent decades of apartheid rule in South Africa. The Dutch Reformed Mission Church of mainly colored Christians challenged the NGK’s support for apartheid on the grounds of the catholicity of their common Reformed faith. The Belhar Confession was drafted at its church synod in 1982, during the oppressive final years of the apartheid regime. Belhar was unequivocal in declaring that the basis of its condemnation of racial segregation in church and society was its commitment to visible Christian unity:

We believe in one holy, universal Christian church, the communion of saints called from the entire human family. We believe...that this unity must become visible so that the world may believe that separation, enmity, and hatred between people and groups is sin which Christ has already conquered, and accordingly that anything which threatens this unity may have no place in the church and must be resisted.

The Belhar Confession was a landmark document in the transition to a nonracial South Africa. It demonstrated the continuing power of a catholic sensibility to reform church and society. Yet I am mindful of how frail this sensibility has proved in history when faced with the principalities and powers of racial prejudice, religious bigotry, and militant nationalism. My wife and I chose Sicily for our wedding-anniversary trip in part because my great uncle lies buried there in a war grave on the plains below Mount Etna. He was killed in the battle of Catania during the Allied invasion of Sicily, the first step in the liberation of Europe from Nazi racism and hatred. It is sobering to think that in this five-hundredth-anniversary year of the Reformation in Germany, those evils have returned to haunt it after its house was swept clean of them in 1945. And if it was the sons of Calvinist New England who fought and died alongside my kinsman to free Europe from such evils, then it is equally sobering to see the return of racist rhetoric to public life on this side of the Atlantic as well.

The only authentic way of marking this Reformation anniversary is to affirm our common commitment to a catholic sensibility in all churches. It is the charism of the Roman Catholic Church, which you hold in trust for all Christians. I love you for it and thank the Reformers for handing it on to me five hundred years ago. If we neglect this gift as Catholics and Protestants in 2017, even the stones of Sicily and Scotland will cry out against us.