Remembering We're Not in Charge 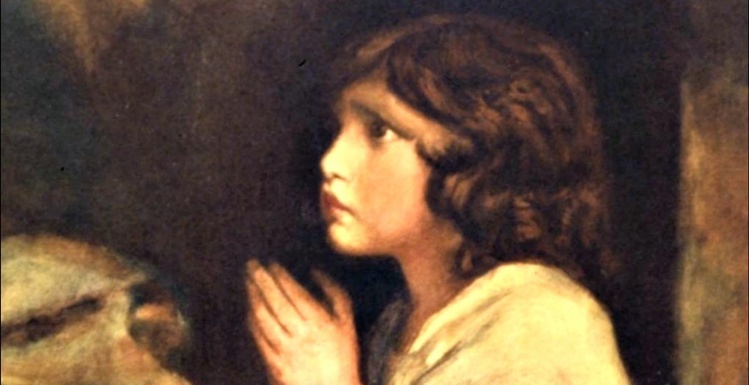 I have served as a priest in the Orthodox Church in America for twenty-two years. The parishes where I’ve served have been varied. For ten years I was the pastor of an Albanian Orthodox church in Queens, during the period when Communism fell in Albania. The parish population doubled, with an influx of immigrants who were eager to be part of the church after having been denied any opportunity to worship by the world’s most fiercely atheistic regime. My second church was a more typical OCA parish on Long Island, most of whose members were lifelong Orthodox, or converts from the Catholic and Episcopal Churches.

The church I am attached to now, in Washington State, is unique in both its composition and its clergy. We have a large minority of Ukrainian and Russian members, but the majority are converts. Of the clergy only one, my son-in-law, was born Orthodox. The rest come from Catholic, Pentecostal, and Episcopal backgrounds. In addition to the pastor, we have five priests and two deacons, more than any other church I know. There is always someone available to hear confessions before every liturgy, and our parishioners make a serious and frequent use of the sacrament. I’ve heard more confessions here than in any other parish where I’ve served, and I’ve noticed some patterns that say a lot about our culture. What comes up frequently is the need many people feel to be in total control of their spiritual lives, to know now exactly what their status is before God.

In my last column I wrote about the illusions involved in the idea of political control, but, as I reflect on confession, it occurs to me that the issue of control goes much more deeply into our culture, for all sorts of complicated reasons. We think that unless we are in charge, unless we control our lives more or less completely, something is wrong. Though I disagree with Humanae vitae’s conclusions about contraception, there is something genuinely prophetic in its suggestion that our current need to control everything in our lives is lethal.

This need for control involves not only such obvious areas as contraception, euthanasia, and abortion. More subtly and dangerously, it also involves our own spiritual lives. This need goes back to Eden. We want to be like gods: in control, in charge. To realize that we aren’t in control and can’t be wounds us; it makes us feel inadequate—which we are, and always will be. To know that we are contingent, dependent, and needy goes against the grain of our culture in just about every way.

I worked for a while in a local history archive and read a lot of nineteenth-century newspaper articles about deaths from freak agricultural and hunting accidents, women dying in childbirth, and a distressing number of children who died young. People had less real control then, but also fewer illusions of control. The advent of sulfa drugs, safe thoracic surgery, good anesthesia, birth control, and, later, abortion and euthanasia gave us a sense that we had mastered our mortality, if not quite cured it. I understand the appeal of such mastery. My baby sister died quite suddenly of a high fever, and it altered the life of our family. I would be in favor of any form of control that could have prevented that.

But this need for control becomes insidious when it takes over our spiritual lives, which form the way we see everything else. We want to make sure this moment that we are in the right place where God is concerned. One of my aunts (named Patience) had a pillow embroidered with the message, “God give me patience and I want it now.” Where God is concerned, however, our knowledge of where we stand is necessarily incomplete—when we have any knowledge at all. Fundamentalism is one way to deny this, but so is any other kind of religion that promises certainty.

When I was moving toward Orthodoxy, Metropolitan Anthony Bloom told me three things: Get spiritual direction; come to as many of our services as you can, but don’t be part of a community that doesn’t pray; and realize that, if you should be Orthodox, God will make it clear to you—in his time, not yours. In other words, wait, watch, and pray. He was right on all counts, and in retrospect it occurs to me that all his suggestions have to do with not being in control. When we try to be in charge of anything, including our spiritual life, we can narrow ourselves and limit what we might be given. We are part of something larger than ourselves, and we have to surrender to it. The moment I knew that I had to be Orthodox was a moment of surrender, a moment when I knew that Someone else was in control.