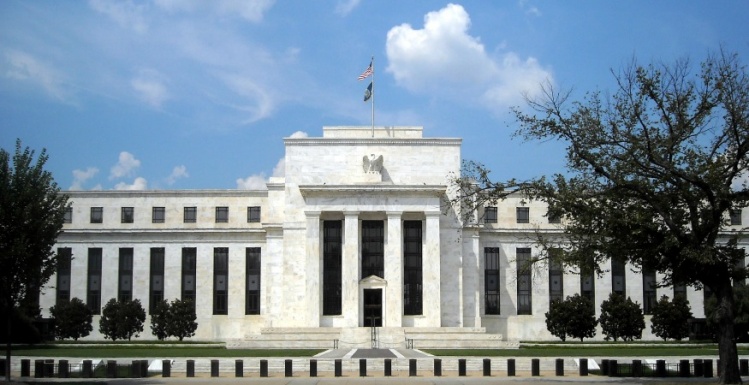 There is no question that, in the aggregate, the U.S. economy has been performing fairly well of late. Its recent quarterly growth rates have been solidly in the 2.5–3 percent range, far better than those of any other major developed country, and also better than those of most emerging-market countries. But as the midterm elections made clear, the voters haven’t exactly been turning somersaults of glee, for the simple reason that their pay packets have lagged well behind the growth in the economy.

Why has this happened? One answer is that it the recovery was basically engineered and directed by the Federal Reserve Board, and its then-chairman Ben Bernanke. Given the tools at his disposal, he did a fine job, but he couldn’t quite get the country back on a robust, sustainable growth path. To understand why requires a little background on the Fed.

The Fed, to start with, is a bank. The most important fact about any bank is its balance sheet. Since the Fed is a bankers’ bank, its assets normally consist of government notes and bonds, loans to member banks, gold, and cash, while its liabilities include deposits from member banks and Federal Reserve notes in the hands of the public, which serve as the nation’s money. In normal times, the Fed manages the nation’s monetary affairs by buying or selling government securities. If it wants to add a little zip to the economy, it will buy government bonds and notes and thereby inject cash into the economy; and if it wants to put on the brakes, it will sell government securities to mop up excess cash.

In January 2008, before Bernanke morphed into Spider-Man, the Fed had a balance sheet of about $900 billion—with almost all its assets government bonds and notes, and almost all its liabilities Federal Reserve notes. When the economy first tanked, the Fed did its best to flood the banking system with money by buying up all the government securities in sight. The goal was to drive interest rates down like a stone, so consumers and businesses would start borrowing and spending, and jump-start the economy. It didn’t work. Interest rates did fall nearly to zero, but the corpse barely fluttered. The banks were choking on trillions in possibly worthless assets, while the sudden crash had paralyzed businesses and households.

Something like this had happened in the Great Depression, which was a primary focus of Bernanke’s academic research. He formed the conviction that in truly dire circumstances the Fed should try “quantitative easing,” or QE. So he started buying up all kinds of securities from the banks—mortgage-backed bonds, credit-card receivables, short-term paper, whatever—to the point where the Fed’s assets have ballooned fivefold to $4.5 trillion, about a quarter as large as our annual GDP. By now the more exotic portfolios it absorbed in the early days of QE have almost been paid down or otherwise retired, so about two-thirds of its holdings are in government securities and the rest in mortgages. In effect, the Fed has been funding our budget deficits and the housing market. The liability side is dominated by $2.9 trillion in deposits from the member banks—basically cash the Fed has infused into the banks that they don’t know what to do with.

So, did it work? Well, sort of, as evidenced by our relatively strong recovery. But the recovery has been very spotty. All that cheap money has pumped up stock and bond markets to the joy of corporate executives, and 95 percent of the income gains since the crash have gone to the top 1 percent of taxpayers. Those undesirable outcomes are not the Fed’s fault. The tools they have, including Bernanke’s new ones, are designed to work through the financial sector, which has the highest compensation-to-capital ratio of any industry. It’s like contracting with jewel thieves to staff the local fire department. They may still save your house, but it will cost you.

What’s required now is more government spending. The federal government can now borrow at the lowest rates in its history. Borrowing and investing in roads, bridges, and schools takes a while to percolate through the economy, but pays high dividends in terms of middle-class jobs. (Federal spending in general is much more tilted to ordinary families than spending processed through banks.) And if we don’t want to incur more debt, we can finance it through taxes. American taxes of all kinds are among the very lowest as a share of GDP of all developed countries.

Almost all economists agree that a spending response is needed to kick the economy back to normal. Bernanke and current Fed chair Janet Yellen have each said as much many times. The Republican lock on Congress will block any new spending programs until the next election, condemning us to years more of stagnation and growing inequality. But of course, that’s what the billionaires who have been funding the Republican resurgence may be hoping for.