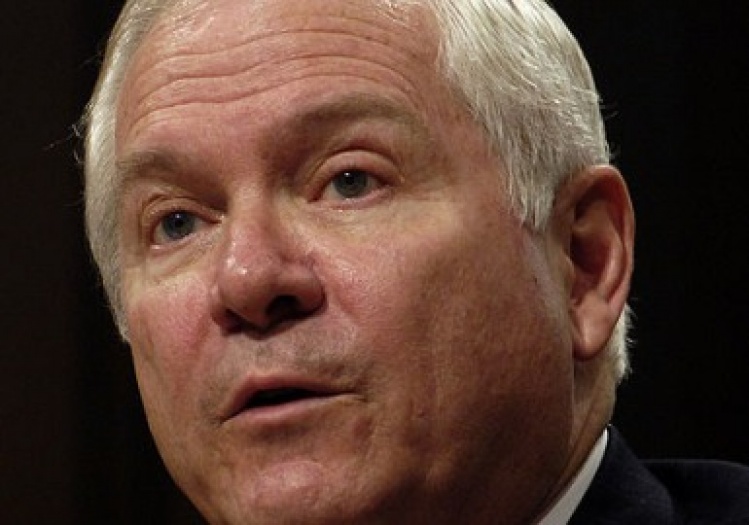 On October 15, 2006, President George W. Bush asked Robert Gates to replace Donald Rumsfeld as Secretary of Defense. Even though he was a member of the Washington establishment, a former head of the CIA, a moderate Republican who served four presidents—and a former Eagle Scout—Gates hesitated. The United States was in the midst of two faltering wars. Soldiers were serving multiple tours of duty. The military was suffering battle fatigue. The political tide was turning against the war in Iraq. Then president of Texas A&M, Gates saw students graduate and leave for war. He knew some who were killed in action and others who returned grievously wounded.

If the wars had been going better, Gates might have said no, but efforts in Iraq and Afghanistan were floundering. Brent Scowcroft and George H. W. Bush probably lobbied him to take the job. He did his duty and said yes. And in 2009 he said yes again, this time to Barack Obama. In four-and-a-half years as Secretary of Defense, Gates discovered that America’s real wars don’t take place on far-flung battlefields, but in the interstices of the federal government.

Duty, Gates’s memoir, has been criticized for telling too much too soon, but just as he did his duty to his commanders-in-chief, he now does his duty to his fellow citizens, who are still paying for two failed wars. He explains how that happened.

It is easy to start wars, hard to end them. They grind on well past their sell-by date. The overthrow of the Taliban in Afghanistan and the fall of Saddam Hussein in Iraq did not bring fighting to a conclusion. But there was no plan B until Gates organized policy and garnered resources to support the surge in Iraq’s Anbar Province. The same strategy in Afghanistan under Obama has had only a modest effect. Though outright defeat was staved off during Gates’s tenure (2006–11), both Iraq and Afghanistan remain sources of terrorism and conflict.

The Department of Defense, Gates discovered, is organized to plan wars but not to fight them. The Pentagon fights wars but operates with five-year budgets. “Urgent requests [from the field] were weighed against…existing long-term plans...and available budgets, and all too often were found to be lower in priority than nearly everything else.” Field commanders were told: Sorry, maybe next year. Gates threw his weight behind delivering mine-resistant vehicles to Iraq in order to save lives and limbs. Adapting those vehicles to Afghanistan’s terrain required another shift in priorities; other adjustments followed.

Money for weapons development and procurement greases the wheels of the defense industry, whose pervasive influence shocked Gates. Resources were diverted by the pleas of lobbyists and pressure from Congress. Legislators seemed more interested in cosseting defense contractors in their districts than providing for battlefield needs. Gates managed to end some unnecessary weapons programs, but others persist.

In public, government officials laud and applaud our men and women in uniform. But, while Gates doesn’t put it this way, our policies often treat soldiers as cannon fodder. When the Washington Post reported the shockingly poor care the wounded were receiving at Walter Reed Hospital, Gates was enraged. Heads rolled. Careers ended. Practices changed. His order to reduce battlefield-evacuation times to one hour met with resistance, but eventually he made it happen. Yet the Veterans Administration, another piece of the problem in securing benefits for the wounded, lay beyond his authority.

War is the business of the Pentagon and the Department of Defense, but Gates shows that serious diplomacy often falls to the secretary, admirals, generals, and battlefield commanders. The State Department is underfunded and understaffed, a fact he pointed out to two presidents. A consequence of that imbalance, Gates notes, is that officials from both the Pentagon and the DOD have slowed the political drive for armed intervention. If nothing else, they know its costs.

Gates is daring to call his memoir Duty. If a golden age once summoned willing hearts, that time has given way to the suspicion that with duty comes moral complicity. Whatever the final verdict on his time as secretary of defense, the angry conscience that lay beneath the man’s calm demeanor has spoken. True, Gates does not condemn these failing wars, yet mitigating their consequences is not morally trivial.

Religious Freedom for Me, but for You... UPDATE