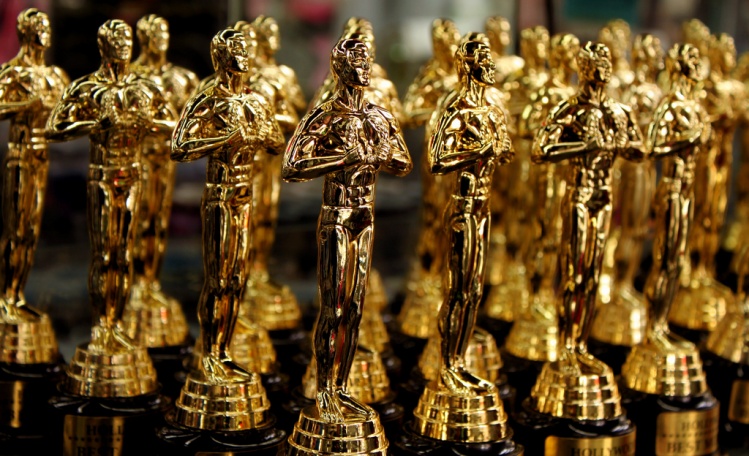 It’s Oscar time, and your reviewer is ready to hazard some picks—and peeves.

Right off the bat, I’ll confess my overriding “meh” feeling about this year’s crop of movies. Ideally a critic wants to really like or really dislike. Who wants to be in the wishy-washy nowhere-land of ambivalence? Yet with one big exception (see below), that’s where I am.

I’ve been musing over how the quality of cinema, at least as reflected the in Oscars, waxes and wanes over time, and mostly wanes—reinforcing the cranky views of the critic of, um, a certain age, who looks back to the glories of his youth and finds them unsurpassed, and even mocked, by the mediocrity of today. The roster of Best Picture Winners since 2000 ranges from the excellent (The Departed, Twelve Years a Slave), to the merely enjoyable (Slumdog Millionaire, Argo) to the forgettable (The Artist, Chicago) to the banal and the frankly bad (Million Dollar Baby, Crash).  Now look at the 1970s, when the Best Picture list included Five Easy Pieces, A Clockwork Orange, The Last Picture Show, Deliverance, American Graffiti, Cries and Whispers, Chinatown, The Conversation, Dog Day Afternoon, Nashville, Coming Home, Apocalypse Now, and Breaking Away.

And those are the films that lost. The decade’s winners, in order, were Patton, The French Connection, The Godfather, The Sting, The Godfather Part II, One Flew Over the Cuckoo’s Nest, Rocky, Annie Hall, The Deer Hunter, and Kramer vs Kramer.

Regarding this year’s contenders, my sense is that some (Darkest Hour, The Post) don’t have enough messiness in them; things are tied together too neatly into packages that exclude the unruly contradictoriness of human nature in order to give us “inspiring” lessons about politics or history. The culminating scenes of Darkest Hour, for instance, show Churchill, pressured to sue for peace with Hitler, on his way to speak to Parliament when he impulsively leaves his limousine, hops onto the subway, and canvasses a dozen startled Londoners for their opinion about what Britain should do. Fight! they say, to a man (and woman)... whereupon Churchill, emboldened, hops off at Westminster—with the names of those brave citizens written on a matchbook—and delivers his famous “fight them on the beaches” speech.

Stirring, no? Except that it’s completely fabricated. The whole emboldening parlay with those brave souls never happened. In interviews, the screenwriter has tried to finesse this by saying that while not factual, it was the kind of thing Churchill did. The problem is that the film presents that phony scene in a directly causative way, using it to frame and explain one of the most famous acts of oratory in modern statesmanship—and these days a historical biopic like this is probably the way most people will actually learn about Churchill and World War II. The bigger problem for me is the sentimentalizing cheerleading. Historical truth, not to mention personal truth, is just way more complex and nettlesome than a package like Darkest Hour makes it seem.

In other films there’s too much messiness—brazen genre mashups that convey a fundamental waffling, resulting in startling moments when the film suddenly goes off the rails altogether. The prime example is Three Billboards Outside Ebbing, Missouri, a hot mess of a movie. At its core is a horrifying story: the rape and murder of a teenage girl, the investigation of which has been bungled by an inattentive or inept police force, triggering rage in the girl’s mother. But writer-director Martin McDonagh comes off as almost willfully irresolute in his approach to this material, veering between pathos and dark farce.

Frances McDormand is a peerless actress, whose taut face in this film evokes an iconic image straight out of Walker Evans and instantly conveys the dread place where grief combines and combusts with rage. But in McDonagh’s hands, Walker Evans becomes Charles Bronson, as McDormand’s character rampages through town, wreaking brutal havoc. One off-the-rails moment comes when she burns down the police station. Another is when she kicks a high-school kid in the groin. Yet another is when she tortures the dentist. McDormand is badly used by this script. That face, conveying such inner torment, suggests the possibility of spiritual recovery, of coming to terms—and the film in some ways seems hospitable to that dimension. Then it takes this potential and completely trashes it, for the sake of laughs. The film is blatantly derivative to boot, Tarantino with some Coen Brothers ladled on top. Or is it the other way around?

I, Tonya, not in the running for Best Picture, but with other nominations to its credit, suffers from the same conflation of the serious and the sardonic. A girl grows up suffering abuse and contempt, only to have the colossal machinery of America’s entertainment culture turn her into an object of mass derision. Tragic, or funny? The film wants it both ways, and ends up leaving us unsure whether it is humanizing its characters or making fun of them. A telltale sign is Allison Janney’s performance as Harding’s mother—simultaneously a harrowing portrayal of an abusive parent, and a caricature of an abusive parent. I’d add that Phantom Thread goes off the rails in a not dissimilar way, when suddenly one character poisons another, and what had been a close study of creative mania and manners becomes... what, exactly?

Let me note that it’s not impossible to combine opposites and blur categories. Tonya’s director, Craig Gillespie, also directed 2007’s Lars and the Real Girl, starring Ryan Gosling as a socially clumsy, withdrawn young man who develops a fully erotic relationship with a life-sized, anatomically correct doll. If ever a subject conduced to mockery, that was it—yet Gillespie, while not cheating the absurdity of the material, managed to pull a magic rabbit of sympathy out of the hat. And among this year’s films, I’d cite Jordan Peele’s Get Out as an example of a film that manages successfully to be absurd, hilarious, and deadly earnest all at once. Taking a prevailing trope from our current discussion about race—the black body—Peele deploys it literally, as the object of predatory whites, encapsulating the peril and outrage of African-American history in a B-level horror-flick knockoff that piles layers of irony on the notion of “black humor.”

The Academy is nothing if not sensitive to the political zeitgeist, and one can’t help noting how many of this year’s entries reflect topics that lend a cozy feeling of engagement (pronounce that the French way) to Hollywood progressives. We’ve got the gay romance (Call Me By Your Name); Black Lives Matter (Get Out); freedom of the press threatened by bellicose fulminating president (The Post); the plight of citizens marginalized by race, gender, or sexual orientation (The Shape of Water); sexual violence against women (Three Billboards); red-state rage (ditto); the need to honor a woman director (Lady Bird). What else? Where’s the disaster epic about global warming?

The Academy is nothing if not sensitive to the political zeitgeist, and one can’t help noting how many of this year’s entries reflect topics that lend a cozy feeling of engagement (pronounce that the French way) to Hollywood progressives.
sharetweet

If Shape of Water wins—and I think it will and should—it would be the rare fantasy/sci-fi film to do so... and will make director Guillermo del Toro the fourth Mexican director to win in the last five years. As I said in my review, I view the film as, well, a watered-down version of del Toro’s masterpiece, Pan’s Labyrinth. But while it lacks the steep pitch of terror and pathos of the earlier film, it is nonetheless a risky, visually dreamy, and emotionally resonant movie, full of unexpected moves and animated by a powerful artistic vision.

Let me pause on two other nominees. While my second choice for Best Picture would be Get Out, for the reasons listed above, I also liked Lady Bird, less for its script than for its performances. Saoirse Ronan, whom viewers will remember from her luminous performance in Brooklyn, here plays a dreamy teenager mired in an unhappy and economically stressed family, while the veteran actress Laurie Metcalfe plays her loving but deeply embittered mother, and delivers a performance of heartbreaking inwardness and pain. Lady Bird makes an interesting companion piece to Call Me By My Name, Luca Guadagnino’s lavishly sensual story of the romance that unfolds between a young man and a somewhat older man over the course of a languorous summer in Italy in 1983. These two films, both coming-of-age stories, present close studies of American families that could not be more dissimilar: one barely hanging on to lower-middle-class status in the backwater of Sacramento, California, amid a stifling provincialism and economic insecurity from which the protagonist is desperate to escape; the other, a rarefied stratum of highly cosmopolitan Americans, who shift languages effortlessly (French, Italian, English, German), take a worldly ease with arts and culture absolutely for granted, and possess the means and the leisure to encompass it all and still have endless time for romance. On its own, each of these films is well-made and moving; taken together, they create a kind of ad hoc sociological study in American extremes.

Anyway, here are my will/might/should-win picks and predictions for the six big categories:

Some quick notes on other categories. 1) Original screenplay should go to Peele for Get Out. 2) Why wasn’t master documentarian Frederick Wiseman’s film about the New York Public Library, Ex-Libris, included in Best Documentary?  3) I hated Jonny Greenwood’s hectoring and intrusive soundtrack to Phantom Thread, so I’m pushing hard against it for Original Score. 4) I’d be thrilled to see Best Song go to Sufjan Stevens, the eccentric and whispery-voiced pop balladeer whose lovely and suitably wistful composition, “Mystery of Love,” graces Call Me By Your Name. 5) An almost-unforgiveable omission from the Best Picture category is The Florida Project, Sean Baker’s quietly impactful exploration of life in a housing project located in the vividly dreary no-man’s land just beyond Disney World. The film’s seemingly desultory nature probably is what caused it to be overlooked, but really it’s a strength; like Richard Linklater’s Boyhood, Baker evokes a world presented through the eyes of a child, via low-altitude camera angles and a procession of things that simply happen (some good, most bad) one after another. Compared with films like Darkest Hour and The Post, The Florida Project delivers a big smack of real life. Not to mention cinematographer Alexis Zabe’s glorious study of fast-food and cute-themed commercial strip architecture.

I’ll close with some movie-themed links. First, a column I wrote a couple of months ago, “Double Feature,” about two Oscar-crazed young men I spent some highly enjoyable movie-time with. Second, a snidely funny, satirical take-off on Oscar movie trailers, if you’re looking for a laugh. And finally, a current segment of Maria Johnson’s radio program, “Reasonably Catholic,” on which Commonweal colleague Richard Alleva and I discuss this year’s movies.