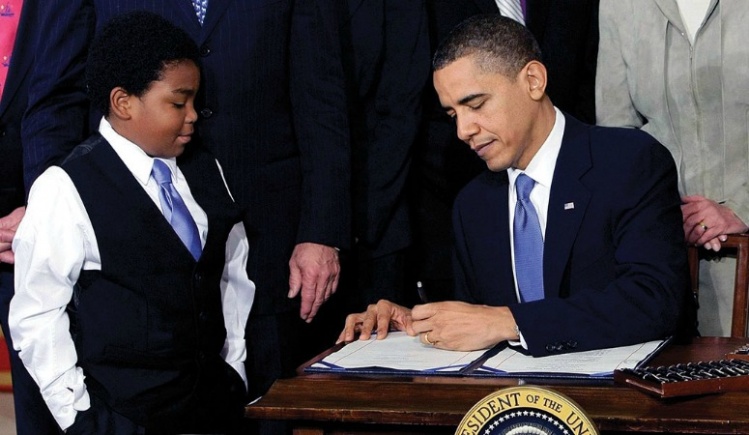 Although it’s far too soon to start counting Electoral College chickens, most of the auguries are pointing to a substantial Democratic victory in November. A victory by Hillary Clinton would at the very least ensure that even a Republican Congress could not repeal Obamacare. If the Democrats could retake the Senate, which looks well within the realm of possibility, there should be room to fix some of the program’s most glaring deficiencies. The visceral hatred of President Obama by many in the Republican hierarchy has been such that they have blocked even routine amendments to the law—the kind of technical adjustments to fix obvious drafting errors that were once routine in conference-committee markups.

So far, Obamacare has been a qualified success. Some 12.7 million people have been covered in the Obamacare health exchanges. If one includes expanded Medicaid and provisions like those allowing grown children to stay on their family’s plan, the Affordable Care Act (ACA) has delivered health-insurance coverage to 20 million people.

Even better, Obamacare has been running well under budget, as health-care costs in general have been a pleasant surprise. In 2008, the Congressional Budget Office forecast that annual Medicare costs would rise to $759 billion by 2018. Last year they revised that forecast down to $574 billion, 24 percent less than the original forecast. Other reimbursement reforms in the legislation, although not strictly part of Obamacare, have been big money savers.

That run of good fortune appears to be over, and not just for Obamacare. Health insurers around the country are filing for large increases. Several big insurers, most recently Aetna, have been withdrawing from all or most of their markets because they have been losing money in nine-digit amounts. There are several reasons for that. Big Pharma has been pushing up their prices unconscionably, taking advantage of congressional prohibitions against the government bargaining over drug prices. Hospitals have also been buying up medical practices, in order to collect the high overhead costs that apply to hospital operations.

Medical-premium increases are likely to be particularly steep in Obamacare, however, because many insurers grossly underestimated their costs. Both the government and the insurers expected the health exchanges to rack up large enrollments from small employers. (One academic paper estimated that over time 20 million people would leave employer-sponsored plans for Obamacare.) Employers who drop their plans are subject to a fine, but it is a modest one, and seemingly worth it just to save the administrative headaches.

Surprisingly, small employers have so far not taken the bait, and to a great extent, are still providing their own coverage. That speaks well of the employers, perhaps, but it has skewed the exchange demographics toward a less healthy clientele. Such people were always a major target of Obamacare, since previously they could get no insurance at all. But without the ballast of relatively healthy people, the premium schedules are too low.

Assuming the program survives Washington’s next turn of the political wheel, it will require numerous tire patches. The “family glitch” is on the top of most lists. A rule disqualifies a family for a subsidy if a member has individual health insurance at work that costs less than 9.5 percent of her income, even though the cost of covering the whole family would clearly qualify them for a subsidy. But the biggest anomaly was caused by the Supreme Court decision to make the Medicaid expansion optional for the states. Fixing that would require the federal government to carry the total costs of the expansion, but would be well worth it.

Franklin Roosevelt had tried to introduce a national health-care program in the 1930s, but was forced to drop it in order to get his Social Security program through. Richard Nixon proposed a national health-care program in 1974. It was very simple: there would a single national set of health-care benefits with three arms. Employers would provide the insurance to their employees and pay 75 percent of its costs. The employee would carry the rest up to an annual limit of $1,500. The unemployed and the poor would get the same coverage under a public program, as would the Medicare population. (Health-care costs were only about 5 percent of GDP at the time.) It looked for a while as if it would pass. But Ted Kennedy, to his lasting regret, killed it because its administration would be run through private insurance companies, as in Germany and Switzerland.

Health care in America is a sad story of missed opportunities. For all its warts, passing Obamacare was a heroic achievement, the best we have been able to do in nearly a century of trying. We need to regard it tenderly, repair it gently, and seize every chance to improve it.

The ‘Informed Consumer’ & Other Myths