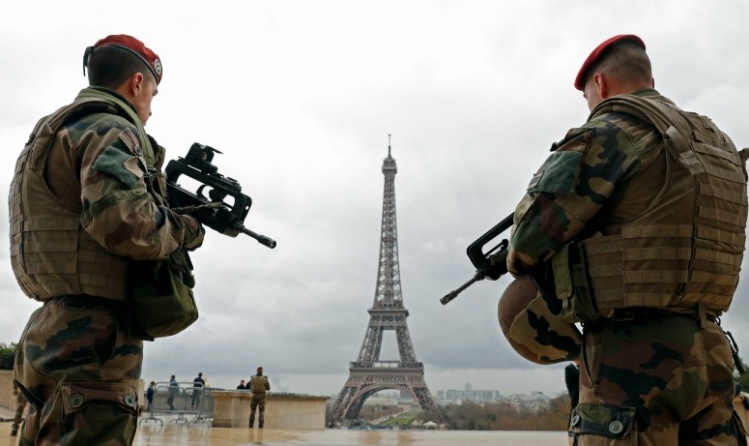 One of the things that make the spate of recent terrorist attacks so chilling is that the choice of targets seems both random and comprehensive: an airport, a train station, a night club (straight or gay), a concert, a fireworks display, a city bus. The plane you are flying in could drop suddenly from the sky. Don’t think prayer will save you, because you could well be attacked in a church, a temple, or a mosque. Don’t try and protest anything because they’ll get you at the demonstration. And if you have a disability, don’t imagine your vulnerability will win you any sympathy—you could well be attacked in your own bed.

One of the most poignant stories from the recent terrorist attack in Dhaka, Bangladesh, involved a man whose nineteen-year-old daughter was slaughtered toward the end of the sickening event. He was standing outside the restaurant the whole night, just yards away from where she was cowering in a bathroom. Yet he was unable to do anything to save her. Like any other parent, he would have eagerly put himself between her and danger, but he never had that option. The area was cordoned off, the police were in charge, and he had no choice but to wait for the whole horrifying nightmare to play out. This man embodied the terrible situation we all seem to be in these days. We feel as if danger lurks around every corner, as if our children—who now seem to be in constant motion, always calling from yet another airport, always visiting yet another city—are trapped, fragile, and unlikely to make it through the night. We are simply waiting for our turn to come.

We are right to be worried. But we are worrying about the wrong things. And this is because we are listening to the wrong people. If Donald Trump and most of the mainstream media are your source of information, then terrorism will be your main concern, and panic, anxiety, and free-floating distress your dominant emotions. But a simple glance at the data, culled from neutral, reliable sources, should calm us down. According to the U.S. State Department, terrorist events in 2015 were down 13 percent from the previous year. While more than 28,000 lost their lives in these attacks, that number is minuscule in terms of the world’s total population. Indeed, according to 2011 data, the probability of being killed in a terrorist attack is around one in 20 million.

What, then, should we be afraid of? We could start with hunger and malnutrition, which kill 3.1 million children under the age of five every year. Then there are diseases that can be prevented with vaccination, which claim the lives of 2.5 million children under five every year. Or how about climate change? Climate-related disasters since 2000 are up 44 percent from the previous decade and the fallout for the world is unprecedented in terms of human suffering. As crops fail because of drought or flooding, mass migration has become routine. The refugee crisis currently being felt throughout Europe is directly related to climate change. People simply cannot continue to live in areas where they can’t grow food, find clean water, or build safe homes. Scarce resources automatically escalate violence and armed conflict. These are all issues we can do something about.

But it doesn’t serve the interests of businessmen like Trump or corporations like Dow Chemical for us to think too much about these problems. That’s one reason that 2013 will be remembered more for the Boston Marathon terrorist attack that killed five people and injured 264 than for the landslides in Uttarakhand that killed over six thousand people, left thousands more homeless and unemployed, and about which you have probably heard nothing. These landslides were directly related to the construction of a hydroelectric power plant along Uttarakhand’s rivers and are just one example of what over-development has in store for the world if allowed to continue unchecked.

The U.S. elections, the Brexit decision, the European refugee crisis, and, here in India, simmering conflicts between Hindus and Muslims and between the upper caste and dalits all mean that we can expect misdirection and fear-mongering to continue and perhaps even increase in the months ahead. We will be encouraged to worry about travel, public places, and large events. Cable news will offer us blow-by-blow details of every terrorist attack. We will be shown images of refugees arriving en masse and creating intolerable burdens in their host countries. The media will encourage us to feel like helpless victims, while opportunistic politicians will incite jingoism and suspicion. Us and them. Black and white. Those who belong and those who don’t. This is Donald Trump’s philosophy, and he’s not alone. Like all strongmen (Vladimir Putin, Narendra Modi, Recep Tayyip Erdogan—the list is long and growing), Trump instills fear in his followers and then declares that only he can protect them from the outsiders who are out to get them.

It isn’t actually like that at all. We are human beings first, last, and always. We all breathe, bleed, and grieve. We all love our children and want to protect them. The differences between us are minor compared to the fundamental things we all have in common, wherever we live or worship, whatever we look like. When my husband Ravi and I were filling out the forms for our marriage license, in the space for “race” I dutifully wrote “Caucasian.” Ravi? He wrote “Human.”