The Nuns of Sant'Ambrogio 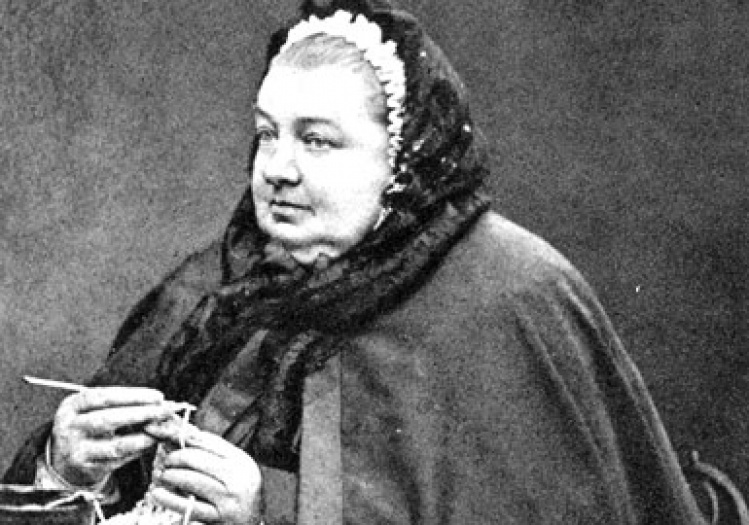 If this astonishing tale were not true, one would think it the work of an accomplished mystery writer. The Nuns of Sant’Ambrogio takes us back to Rome in 1859, when the Holy Office received a formal denunciation of suspicious goings-on at the convent of Sant’Ambrogio della Massima. For two years these allegations were investigated, and subsequently several members of the community were tried before the Inquisition. Though bits and pieces of this strange story would leak out over the next century and a half, it was only after 1998, when John Paul II opened the archives of the Holy Office, that Hubert Wolf, professor of ecclesiastical history at the University of Münster, was able to examine the full record. The result is a sordid tale of sexual misdeeds, false identities, cult worship, theft, and murder.

Wolf’s book teems with characters, many of them trailing lengthy aristocratic names, beginning with Princess Katherina von Hohenzollern-Sigmaringen, who made the denunciation. Born in 1817, Katherina spent her childhood in liberal Catholic circles, but a visit to Rome in 1834 brought her under the influence of Karl August Graf von Reisach, a reactionary and aficionado of women visionaries who was made cardinal by the even more reactionary Gregory XVI. Twice widowed by the age of thirty-six, the princess resolved to become a nun, and in 1858 Reisach placed her in the convent of Sant’Ambrogio. Fifteen months later she smuggled out a desperate and cryptic letter—“Save me,” it pleaded—to her cousin, Bishop Gustav Adolf zu Hohenlohe und Schillingfürst, who marched into Sant’Ambrogio, rescued Katherina, and took her to his country estate in Tivoli. There, under the influence of her Benedictine confessor Maurus Wolter, she recorded her tale of woe in the document that reached the Holy Office.

Katherina’s complaint centered on the convent’s worship of a former abbess, Maria Agnese Firrao, who had presented herself as a living saint, partly via self-inflicted stigmata. Though Firrao was tried and convicted by the Inquisition, and died in banishment, her acolytes at Sant’Ambrogio continued to promote the cult of “Beata Maria,” insisting that the Holy Office had erred in its condemnation of her. Katherina denounced the false sainthood of Maria Agnese as well as the claimed sainthood of the convent’s vicaress and novice mistress, Maria Luisa. She raised questions about the convent’s confessors, and told a disturbing story about Maria Luisa’s relationship with someone Katherina referred to as “the Americano,” a Tyrolean who went to the United States, married and had children, abandoned his family, and went to Rome seeking salvation—and, evidently, nuns to bed. But the most spectacular item in Katherina’s denunciation was her claim that Maria Luisa had made repeated attempts to poison her in retaliation for her complaints.

The denunciation was brought to the attention of Pius IX, who worried that the affair might implicate people close to him, but considered the charges serious enough to refer the matter to the Holy Office. The investigation, led by Vincenzo Leone Sallua, OP, ultimately found that the convent’s two Jesuit confessors, Giuseppe Leziroli and Giuseppe Peters, actively promoted the cults of both Maria Agnese and Maria Luisa. Sallua also discovered lesbian initiation rites in the convent. He presented his findings to Cardinal Vicar Costantino Patrizi, who happened to be Sant’Ambrogio’s cardinal protector and had little choice but to ask Pius IX to refer the matter to the Inquisition. To keep tight control of the process, Pius put Patrizi and Reisach on the court of the Inquisition, an unprecedented step—and one that had serious consequences, as we shall see.

The trial set out to investigate the veneration of Maria Agnese, the pretended sanctity of Maria Luisa, and the reported lesbian relationships in the convent. As it progressed, it uncovered not only these religious offenses but actual crimes: poisoning and embezzlement. From December 1859 to February 1862, witnesses were interrogated, sometimes over several months, and confessions extracted. Of the late Maria Agnese, the court learned that she had claimed to have visions and to have received miraculous letters from heaven; she also seems to have introduced the lesbian initiation rites into the community. The court was distressed to learn that the convent’s two confessors, Leziroli and Peters, not only believed in the founder’s holiness but actively promoted her cult. Disturbing too was the discovery that the current abbess, Maria Veronica, had herself lied to the court about the veneration of Maria Agnese and had instructed her nuns to lie as well.

The story turned lurid with revelations about Maria Luisa. Born in Rome in 1832, a working-class girl who entered the convent in her teens, Maria Luisa was beautiful and charismatic. She long claimed to experience visions, ecstasies, and heavenly transports, insisting that the Virgin Mary had anointed her the “first-born daughter of the mother of God”—and had bestowed on her the costly jewelry she had in her possession. In 1857 she brought Maria Veronica a letter, ostensibly from the Virgin Mary, demanding that she, Maria Luisa, be elected vicaress. In reality, the court determined, Maria Luisa was a fraud; she had dictated the letters to a young protégée who had beautiful penmanship; as for the jewelry, it had been bought with embezzled convent funds.

These discoveries were serious enough, but more was to come. It turned out that Maria Luisa conducted not merely lesbian initiation rites but long-term affairs with several sisters, and required each sister in the convent to spend the night with her before she pronounced her final vows. Even more explosive was the “Jesuit blessing,” by which Peters and possibly Leziroli engaged in French kissing and a good deal of fondling with Maria Luisa. The court also learned that Maria Luisa had claimed to receive heavenly instruction to end the life of one of the sisters—namely, Katherina von Hohenzollern. Katherina was poisoned repeatedly but not fatally—though three other nuns who earned the enmity of Maria Luisa were less fortunate.

Maria Veronica eventually confessed to all the charges against her, as did Leziroli, though he stood by his belief in Maria Agnese’s sanctity and Maria Louisa’s “special gifts.” The second confessor, Giuseppe Peters, was revealed to be living under an alias; in truth he was none other than Joseph Kleutgen, one of the foremost theologians of the nineteenth century, professor at the Gregorian University and adviser to Reisach and Pius IX. The court learned that Kleutgen/Peters had had an affair with a nun designated as “Alexandra N” in 1848–49—sexual encounters, he insisted before the court, that were purely spiritual, never descending into lust. Kleutgen waffled on his knowledge of the poisonings, and vehemently defended Maria Luisa. Because he was a gifted theologian and philosopher—and, perhaps, because he had friends on the court—he was able to tie the sessions up in knots on several points. It seems likely he was secretly given a copy of the Relazione informativa. This was a stark violation of procedure, and Wolf makes a good case for Reisach as the guilty party.

Having examined the witnesses, the court issued its verdicts. Sant’Ambrogio, the convent, was closed forever. Maria Luisa was placed in monastic confinement for twenty years. Maria Veronica was made a simple choir nun. The men fared better: Leziroli got little more than a slap on the wrist; and as for Kleutgen, it was recommended that he be confined in a Jesuit house for three years and be forbidden to hear confessions. This was a mild penalty for a man who had promoted false saints, carried on a sexual relationship with a nun, violated the sanctity of the confessional, and countenanced murder—and even then, Pius IX reduced his sentence to two years. Katherina von Hohenzollern, for her part, returned to Germany and dispensed some of her immense fortune founding the famous monastery of Beuron.

Wolf’s book usefully puts the Sant’Ambrogio case into several historical contexts. First, it helps readers understand how the Holy Office and Inquisition worked in actual practice. Wolf notes the nineteenth-century fascination with miracle stories, and observes that Reisach, Kleutgen, and Pius IX were all believers in the constant eruption of the divine into the human realm. In particular, the century was a Marian era, and the proclamation of the Immaculate Conception—and perhaps also Maria Luisa’s visions—fit well in a period that saw 119 reported appearances of the Virgin.

Another context is more instructive and disturbing. The years when the nuns of Sant’Ambrogio were on trial witnessed two major battles in the church. One hinged on centralization and papal authority, and the other on the struggle between the “Güntherians” and the New Scholastics. Anton Günther (1783–1863) led a loose group of liberal theologians—staunchly anti-Jesuit—who embraced some aspects of the Enlightenment, sought peace with the secular state and dialogue with Protestants, and urged a more historical kind of theology. Arrayed against them were people like Reisach and Kleutgen, who favored centralization of the church in papal hands and a tightly defined New Scholasticism in theology. Hohenlohe and Maurus Wolter, who rescued Katherina and fostered her denunciation, were “Güntherians.” Did they send the denunciation to the Holy Office in an attempt to discredit Kleutgen and the Jesuits? It is also worth noting that after only two years of exile, Kleutgen was recalled to Rome, largely on Reisach’s influence, where he contributed to Tuas libenter (1863), which articulated for the first time the concept of the “ordinary magisterium,” a doctrine enshrined a few years later in Dei filius and Pastor aeternus. Kleutgen may have been a moral wretch, but he was deeply learned and theologically useful.

The decisions in the Sant’Ambrogio case were never published; Pius IX circled the wagons and defended his associates and advisers. That such a response is distressingly reminiscent of the way the Vatican (mis)handled the contemporary sexual-abuse crisis lends The Nuns of Sant’Ambrogio a kind of reverse historical echo. Wolf leaves me inclined to view Pius’s behavior in the Sant’Abrogio case as no less a blemish on his record than the notorious case of Edgardo Mortara, the six-year-old Italian Jew who was taken from his family on orders from the Holy Office, because he had been secretly baptized by a Catholic family servant during an illness in infancy. Such lapses remain dismaying even today. The Nuns of Sant’Ambrogio has nearly as many characters as a Russian novel and its presentation is dense and labyrinthine. Nevertheless, Wolf has a marvelous story to tell and he tells it with gusto.

Behind the Tridentine Myth