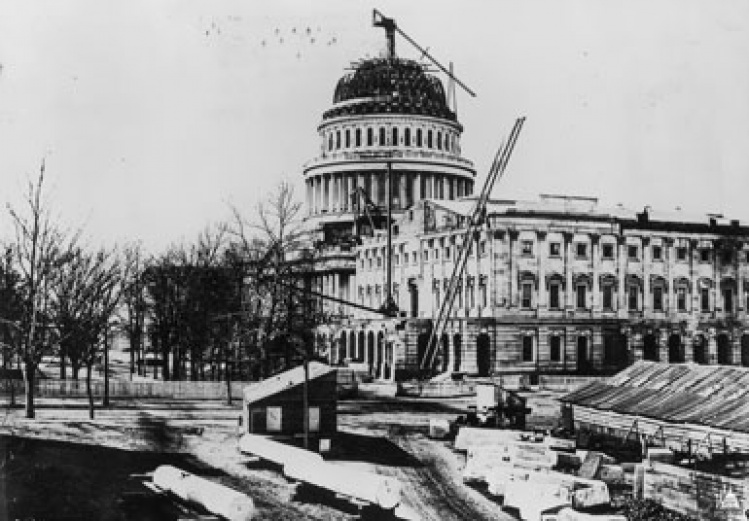 Francis Fukuyama is a Stanford political scientist, perhaps best known for his much-discussed The End of History and the Last Man (1992). He has continued his meditation on the political order with a massive two-volume tome on successful political systems. Fukuyama’s method is both taxonomic and encyclopedic. The first volume, The Origins of the Political Order: From Prehuman Times to the French Revolution (2006), starts with the similarities between “chimpanzee politics” and the rules of power and hierarchy that prevail in small human groups. From there, he moves to tribes and the practices of “patrimonial” states where the Big Man dispenses wealth and justice. The continent-hopping continues through the centuries to the early period of quasi-democratic solutions in moderately large states.

The new volume, Political Order and Political Decay, begins with the challenge of “getting to Denmark”—shorthand for “an imagined society that is prosperous, democratic, secure, and well governed, and experiences low levels of corruption.” To accomplish that, the lessons from the first volume suggest, a society must have an effective state sufficient to maintain security and enforce commonly approved laws; it must have a reliable rule of law to enforce the property rights and contracts essential for economic development; and it must have a system of accountability, other than to an elite or to other special interests.

But the mere establishment of formal democratic processes doesn’t get you to Denmark. A casual review of daily headlines exposes the many states “that are unable to deliver on the promises of newly elected democratic politicians to voters who want not only their political rights but good government as well.” Somewhat paradoxically, effective states are usually the spawn of war. A series of strong and responsible German princes forcibly unified a squabbling roost of petty principalities, and created the classic disinterested, rule-governed, and smoothly functioning Prussian bureaucracy extolled by Max Weber. But mere fairness and competence could not substitute for the lack of accountability, and the whole edifice was swallowed up in the cataclysm of World War I and the subsequent turn to Nazism. The history of Chinese institutions has many parallels with that of the Prussian, over a much longer time span.

Fukuyama’s writing is serviceable, if not sparkling, and there are interesting nuggets on almost every page. For example, he mentions almost as an aside that while Greece is the “birthplace of democracy,” it “began the modern era as an Ottoman province in which domestic elites were recruited to work for an illegitimate foreign power.” Ancient heritages mean little against modern facts.

The primary object of the book, however, judging merely from space allocation, is the rise and decline of the American political system. The United States, Fukuyama suggests, inherited a reverence for the Common Law and accountable government—no taxation without representation—but with a fundamentally antistatist twist. Alexander Hamilton was the only founding father with a serious interest in building an effective state. The result was a “clientalist” state, with an inconsequential government mostly occupied with bestowing favors on friends. Under the pressures of the Civil War–driven expansion of the central government, clientalism inevitably mutated into the heroic corruption of the Gilded Age.

The evangelical fervor of the 1880s civil service reform movement attested to the public demand for competent, disinterested government. Its proudest results may have been the Forest Service under Gifford Pinchot, and over the longer term the Federal Reserve System and some of the New Deal regulatory agencies, particularly the Securities and Exchange Commission.

In more recent times, the American system of governing has become a rag-tag mix of extreme delegation—as to the National Security Agency, for example—and absurdly trammeled mandates—as in the Affordable Care Act. Unlike, say, the British parliamentary system, in which elected representatives typically vote executive proposals up or down, a major law may have dozens of congressional committees involved in its crafting. The result is a feast for special interests, unworkable legislation, and endless opportunities for relegislating by litigation.

Fukuyama’s critique is quite intelligent, although hardly original. While the analytic hooks he gives us provide a useful comparative framework, one can appreciate his diagnosis of our current ills without plowing through 1,000-plus pages on the war practices of the Papuans or the late-BCE triumph of the Han bureaucracy. In its own way, his project is a charmingly old-fashioned one, rather like Edward Casaubon’s “Key to All Mythologies” in Middlemarch. Fukuyama is by no means as dry as Casaubon, and as a bit of an antiquarian packrat, I enjoyed much of his two latest books but, readers should be warned, at the cost of some long desert marches.