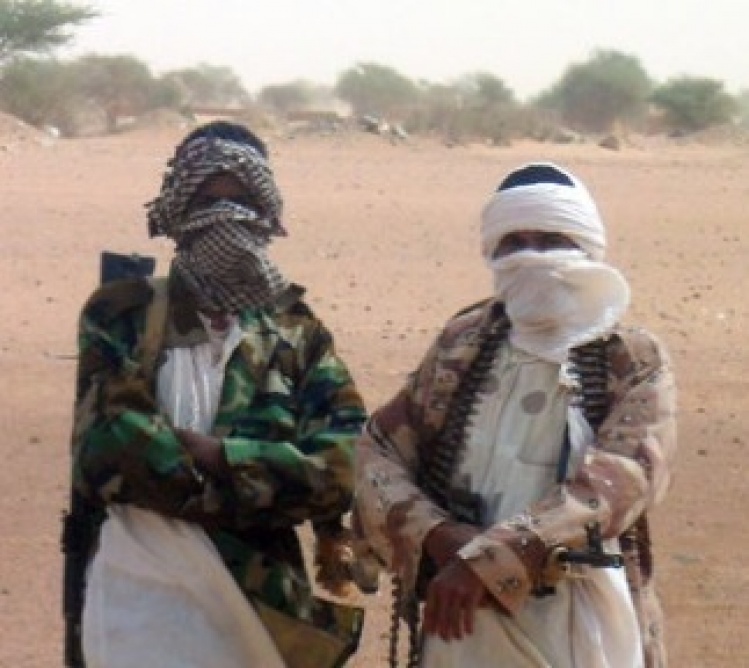 PARIS -- I watched some of the Washington Sunday political talk shows this week on international television. The participants' main foreign preoccupation seemed to be the potential threat to America of al-Qaida of the Islamic Maghreb and the other bands of Islamic jihadists, kidnappers, smugglers, and bandits active in the Sahara.

The extremists' raid on an Algerian natural gas extraction plant near that country's southern border had been in the news, and many of those taken prisoner were executed or killed in action in the course of the Algerian army's attack to rescue them. (The Algerians are a tough lot, who fought a bloody war against Islamic jihadism in their own country.) Jihadists had also seized northern Mali, and the enfeebled government asked the former colonial power, France, to help.

Was the Sahara the newest great threat to the United States - "a terrorist training ground," hotbed of extremism, the new Afghanistan -- in the Great War against Islamic terrorism that still preoccupies the American political class and the foreign affairs community? Was Mali irredeemably lost to terrorism? Drones were discussed, and on Monday, it was announced that unarmed U.S. surveillance drones would be sent to the region, possibly later to be armed.

The commander (in Germany) of the U.S. Army's African Command spoke of shifting headquarters to Africa, while others discussing the emergency on Sunday warned of "getting bogged down." However, there are as yet no American forces on the scene, and the principal U.S. contribution to the situation has been heavy airlift, for which the Pentagon initially billed the French government.

The development that followed was like the movies. Less than three weeks after arriving in Mali, the Foreign Legion chased the jihadists from Timbuktu, its arrival greeted with joy -- music, dancing in the streets and singing, the embrace of strangers, girls throwing off their veils - all of this forbidden while the jihadists were there. It was just the welcome that was supposed to have greeted American soldiers in Baghdad in 2003, if you believed the Washington neo-conservatives. Remember?

The French forces that approached Timbuktu from the south -- light mechanized units and marine infantry, with Malian soldiers accompanying them -- had overrun resistance from the jihadists in taking the town of Gao on Saturday. It and Timbuktu had been held by the Islamists for the past year.

Had the French bypassed jihadists who faded into the civil population (as well-trained guerillas are supposed to do) on their way to Timbuktu? Possibly, an officer said, but the main force of jihadist armed pick-up trucks were scattered northward, accompanied by French air attacks.

Legion parachutists were dropped to cut the main routes from Timbuktu leading toward the mountainous region on the Algerian frontier. More troops from West African countries are due eventually to take over from the French, under U.N. authority.

The jihadists had smashed several more holy sites and set fire to an additional Timbuktu library before leaving, destroying more of the medieval manuscripts for which the city is famous, all evidence of heresy in the eyes of the jihadists, who are determined to replace the more tolerant version of Sunni Islam traditionally practiced by some 80 percent of Mali's population.

The country is huge, well over twice the area of France (which is the largest country in Europe), with a population of around 15 million (for comparison, France's population is 63 million). In the fourth to fourteenth centuries, Mali was the site of great African empires - the Ghana, Mali, and Gao. At its peak, it was one of the world's main suppliers of gold and a center of trade and learning (thus Timbuktu's immense cultural importance).

Today, it is important for its minerals (including uranium), but most of the population are agriculturalists. The Tuareg, a Caucasoid people related to the Berbers, with an essentially feudal social structure, pastoral and traditionally nomadic, are a difficult minority. Their principal occupations have been raiding and war-making, from which the French suffered in colonial days and the Islamists today, since the Tuareg these days are more interested in having a national territory than in stoning adulteresses and chopping off the hands of thieves. Women are honored among Tuaregs, and inheritance is matrilineal.

Islamic terrorism is a problem wherever the United States intervenes, meaning to conquer it but usually provoking or intensifying it. But the Sahara's and Sahel's problems are water - the agriculturally exploitable territory south of the desert is being eroded, and the cattle herders of the North African fringe are pushing the peasant farmers southward. Ethnic conflict greatly complicates the situation.

The explosive situations in the Maghreb countries, Egypt, and the Eastern Mediterranean have to do with their own crisis-prone post-Ottoman histories, the plight of the Palestinians and Israelis, and the inability of Islamic civilization to resolve its crisis of modernism. American interventions in the region since the Second World War have consistently made things worse.

To get back to Washington (a non-matrilineal culture, where a glass ceiling is said still to exist in the Obama administration), the toxic spirit of global security supervision still exists, and while getting "bogged down" is the current preoccupation, there also is annoyance with France's little blitzkrieg in the Sahara. How dare they! One would think Americans should be grateful.