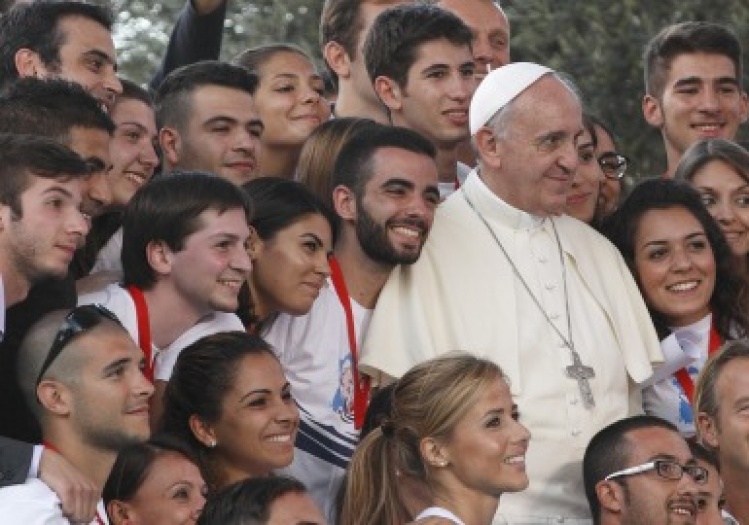 Whether they describe themselves as liberal or conservative, reform-minded or traditionalist, Catholics were stunned by the interview Pope Francis recently gave to the world’s Jesuit publications. So were many non-Catholics. Predictably, much attention has been paid to the pope’s surprising admonition that the church has been too “obsessed” with abortion, contraception, and same-sex marriage. As welcome as that observation is, however, the real importance of the interview is to be found in the pope’s clear-eyed evaluation of how the gospel should be preached in the modern world.

To be sure, many Catholics wholeheartedly embraced the change in tone and spirit in which the pope discussed difficult questions like abortion. Unfortunately, some deeply involved in the prolife movement have taken those remarks as a rebuke. That is an overreaction and misinterpretation of what the pope said. Obviously, Francis was objecting to the uncompromising and confrontational rhetoric of some Catholic activists. Why? Because that approach is simply not working. Worse, it is preventing the larger gospel message from being heard both within and beyond the Catholic community. With a third of all baptized Catholics abandoning the church, and those who remain increasingly divided on ecclesial, cultural, and political questions, the pope’s diagnosis is hard to refute. Is it not time, as Francis urged, to “find a new balance” in presenting the church’s teaching to an often doubting flock and a sometimes hostile secular world? “Otherwise,” the pope warns, “even the moral edifice of the church is likely to fall like a house of cards, losing the freshness and fragrance of the gospel. The proposal of the gospel must be more simple, profound, radiant. It is from this proposition that the moral consequences then flow.”

A careful reading of the pope’s remarks reveals Francis to be preparing the faithful for a significant program of institutional reform. Especially welcome were his comments about the hierarchy of truths taught by the church. Not every doubt raised about church teaching should be treated as heresy; not every church practice is sacrosanct. “The dogmatic and moral teachings of the church are not all equivalent,” he reminded us.

Even more refreshing was the pope’s insistence that “thinking with the church” does not mean thinking only with the hierarchy. “The church [is]…the people of God, pastors and people together. The church is the totality of God’s people.” It has been a long time since that bit of orthodox wisdom has been heard from Rome. In a similar fashion, Francis warned of the dangers of certainty in the life of faith. “If a person says that he met God with total certainty and is not touched by a margin of uncertainty, then this is not good. For me, this is an important key. If one has the answers to all the questions—that is the proof that God is not with him.”

Francis also used the interview to suggest how he is going to go about reforming certain aspects of church governance. He will be guided by his experience as a Jesuit provincial and later as archbishop of Buenos Aires, where he faced the challenges posed by internal church disarray as well as by secularism and the exponential growth of Evangelical Protestantism. He confessed that as a young Jesuit provincial his authoritarian style of decision-making caused him to make many mistakes. He has learned from those mistakes. “I am always wary of decisions made hastily,” he now says. “The wisdom of discernment redeems the necessary ambiguity of life and helps us find the most appropriate means, which do not always coincide with what looks great and strong.”

As he demonstrated by taking the unprecedented step of appointing an advisory council of eight cardinals, this pope will place great emphasis on consultation and collaboration. He is eager for the synods of bishops to become genuinely consultative bodies, not just rubber stamps for the pope or the curia’s agenda. Vatican II’s promise of episcopal collegiality may finally be given real institutional backing.

Francis cautions that change and reform cannot be hurried. Laying the groundwork and building consensus for renewal are essential. In the meantime, he will adopt the governing style of John XXIII: “See everything; turn a blind eye to much; correct a little.” For those who want their pope to be more of a pastor than an oracle, Francis is undoubtedly the answer to many prayers. Yet even more disarming than his humility is Francis’s openness to, and confidence in, the future. His every word attests to a profound faith that God continues to act in unexpected ways in the lives of his people. It is a faith secure in the knowledge that what is new in the church can be a revelation rather than a corruption. Those looking for a “countercultural” pope who is not afraid to challenge our modern skepticism and complacency should take another look at Francis.