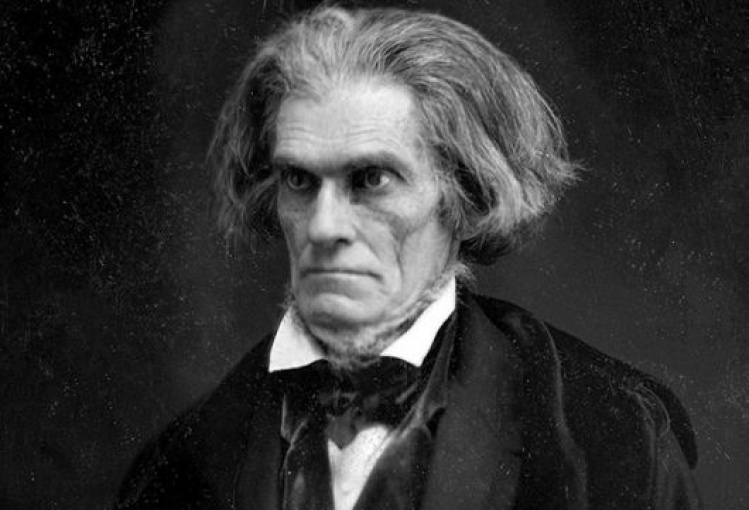 Last year, the president of Yale publicly opened a discussion about renaming one of the university’s undergraduate “colleges,” one that since its founding in the early 1930s has been called Calhoun College in honor of the prominent Yale alumnus and seventh vice president of the United States, the white supremacist John C. Calhoun.

My hope was that my alma mater would indeed choose a new name, acknowledging the insupportable tension between promoting equality and diversity on campus and asking students to join a community named for a man who dedicated his life to preserving slavery.

But what I expected was that Yale would keep the name out of fear of alienating alumni donors. Not that I thought they’d put it in those terms. For generations of students, the name of Calhoun College stood for something more than, and arguably independent of, the legacy of the man who inspired it. Therefore, Yale might have said, the name will remain, in recognition of those students who rallied under its banner and in spite of the ugly legacy of the college’s namesake. That conclusion wouldn’t have satisfied everyone, but it would have been coherent.

In April, Yale’s president, Peter Salovey, announced that he had decided to let the name stand. But I was deeply disappointed with the explanation he offered. Keeping the name, he said, is “the proper path for an educational and research institution whose motto is ‘light and truth.’” He elaborated in an (extremely gentle) interview with David Cole in the New York Review of Books: “To me, the principle that is most compelling is that we should attempt to confront our history in order both to learn from it and to change the future. We shouldn’t obscure our history, or run from it.”

So, as Salovey would have it, Yale, by not changing the name, is bravely confronting its history, while those who called on the university to examine Calhoun’s legacy are unwittingly fighting to obscure it.

This is tendentious nonsense, and the appeal to principle adds insult to injury. Discontinuing the name would be an obvious way to demonstrate that Yale really had confronted and learned from its history. As for changing the future, publicly rechristening the college now called “Calhoun” would certainly qualify. The new name would be a monument to Yale’s rejection of the implications of a decision made in its not-so-distant past.

Maintaining the status quo, on the other hand, requires dissembling about the implications of that unfortunate decision: “I would not call naming a residential college for Calhoun necessarily celebrating him,” Salovey told Cole, “although it does memorialize him.” Such disingenuousness makes it hard to trust in the integrity of Yale’s further self-examination—Salovey has announced plans for a relevant art installation and an “interactive history project.” How about giving Calhoun College a courtyard sculpture acknowledging racism and a new name? Why does Salovey talk as though it would be impossible to do both?

Plenty of other colleges and institutions face similar challenges as their traditions clash with the ideals of the present day. And the past year has seen much alarm over student protests on campuses and the potentially suffocating effects of “P.C. culture.” In light of that, Salovey seems to be drawing a line preemptively: Yale will not buckle under in this instance, for fear of what it could lead to. “Any 315-year-old institution in this country is going to discover aspects of its own history about which it is now not proud,” he said. “I was very concerned that hiding them away, starting with Calhoun, would simply make it less likely that we would teach our own history.” But this is a false framework—Yale has been asked to publicly reject John Calhoun’s legacy, not hide it away. As for concerns that Calhoun may be the thin edge of the wedge, Salovey himself has noted that the case against him is anything but thin. Calhoun’s connection to slavery and white supremacy was not peripheral, just an effect of the times, but absolutely central to his life of public service (and thus to the decision made to honor—or “memorialize”—him in the 1930s).

Still, what if an honest reevaluation of Yale’s past does require more adjustments down the road? What makes confronting the past courageous is the possibility that it may compel us to change something in the present. Without allowing for that possibility, high-minded talk of changing the future is plainly nothing but talk.