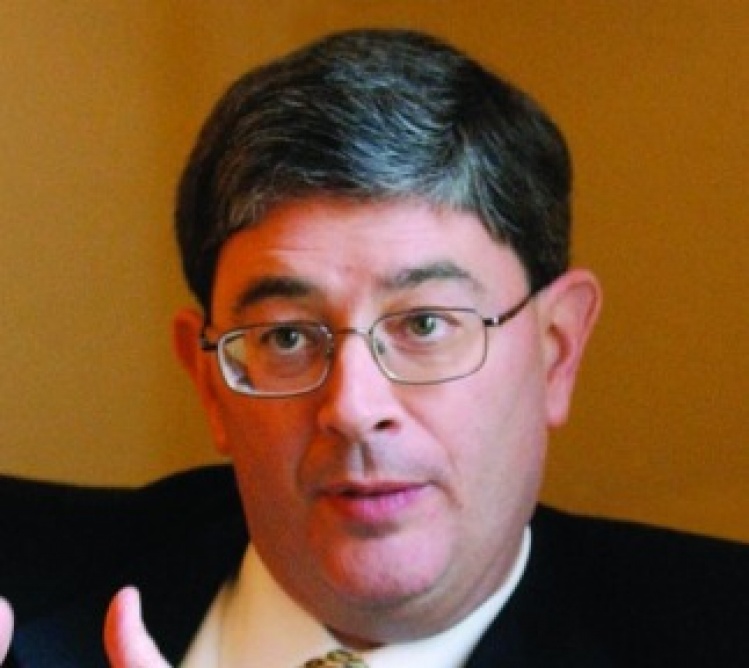 In March of 1979, Pope John Paul II opened his first encyclical, Redemptor hominis, with these words: “The Redeemer of humanity, Jesus Christ, is the center of the universe and of history.” This simple proclamation, coming as it did after the tumultuous decade that preceded the new pope’s election, signaled his intent to reorient the church around its true center. In 1979 many saw the faith languishing amid the postwar dissolution of Catholic subcultures in Europe and the United States. John Paul II understood the sociological truism that living churches must evangelize or die, and did not wring his hands in anxiety about Catholic identity. In the spirit of Pope Paul VI’s Evangelii nuntiandi and its reminder that the church exists to preach the gospel, he became the world’s first evangelical pope. With his own preaching, from papal visits to world youth days, John Paul II initiated the “New Evangelization.”

This programmatic vision of the church as agent of the New Evangelization is the primary basis for George Weigel’s Evangelical Catholicism. In the Anglophone world, Weigel is arguably the most widely recognized interpreter of John Paul II. And while Avery Dulles twenty years ago was already using the term “evangelical” to specify the new thing John Paul II was up to, Weigel has his own particular take on Wotjyła’s legacy—one deeply rooted in a particular religio-political location, a site staked out over the years by the late Richard John Neuhaus in such projects as the “Hartford Appeal” [.pdf], “Evangelicals and Catholics Together,” and, preeminently, the magazine First Things.

Weigel divides his book into two parts, the “Vision of Evangelical Catholicism” and the “Evangelical Catholic Reform” of church life. Though he provides chapters on the lay vocation and the church’s public-policy advocacy, he is primarily concerned with the church’s internal life, and he devotes chapters to the episcopacy, priesthood, liturgy, consecrated life, the church’s intellectual life, and the papacy. Weigel’s vision of Evangelical Catholicism fits into an idiosyncratic historical narrative much indebted, as he acknowledges, to the scholar Russell Hittenger. In this framework Leo XIII emerges as the “founder of the modern papacy,” while the years from John Paul II to Benedict XVI appear as “a pilgrimage from Counter-Reformation Catholicism to Evangelical Catholicism.” The biggest losers are Vatican I (largely invisible through Weigel’s “Leonine lens”); Vatican II, which provokes a crisis in Catholic identity; and Benedict, whom Weigel depicts as a transitional figure between the Counter-Reformation era’s end, engineered by John Paul II’s authoritative interpretation of Vatican II, and a future of Evangelical Catholicism. Weigel’s sketch of this future Catholicism joins theological hallmarks of evangelical Christianity in America (e.g., “friendship with the Lord Jesus Christ” and the centrality of the Bible) with essential features of Catholicism such as liturgy and sacraments.

Evangelical Catholicism takes truth and mission as the criteria for authentic reform. Discussing the prophetic nature of reform—and obstacles to it—Weigel invokes the parable of the weeds and the wheat. Though he insists that the “deep reform” of his book’s subtitle “is not a matter of preemptively burning out the weeds,” it does “involve some radical clarification of what are in fact weeds.” As this clarification unfolds, it becomes clear that, for Weigel, many self-identified Catholics don’t even qualify as weeds. His sometimes chastening observations confound conventional political labels. The discourse of maturity in faith that he deploys to criticize merely canonical approaches to institutional maintenance in the church hints at his own liberal Catholic past, while references to John Paul II and the New Evangelization will strike some readers as conservative. But for Weigel, progressives and traditionalists are both “stuck within the Counter-Reformation model” like “fossils in amber.” This strikes me as dead right. Despite my affection for liberal Catholics, I agree with Weigel’s judgment that they don’t have the juice to pass on the faith to future generations. The historical and sociological conditions that help make liberal Catholics possible simply no longer obtain on any large scale. This is why, for the past fifteen years, I have been telling anyone who would listen that the future of the church will be evangelical.

Though Weigel is clearly aware of the history and sociology of American Catholicism, his account of Evangelical Catholicism fails, for the most part, to include these dimensions. This leaves him with a largely moral picture of how we make a difficult transition from the “Counter Reformation” era to a more voluntary, gospel-oriented Catholicism suited for religious life under pluralistic political conditions. Weigel’s inflammatory language signals his in-your-face moralism. Take, for instance, his discussion of what he derisorily calls “baptized Catholic pagans.” Having ceased to believe that the gospel is true, these pagans are in “psychological schism,” yet still dare to maintain a canonically “legal residence” in the church. The failure of bishops and pastors to challenge part-time Catholics in a defective state of communion with the church is mere “institutional maintenance Catholicism.” Such rhetoric amounts to a sustained sneer at any Catholic who disagrees with his analysis.

Though in Part 2 Weigel offers some insightful thoughts on bishops, clergy, the Mass, and the papacy (his treatment of the “ancient orientation” of the liturgy, for example, is worth reading for the sense it gives of Benedict XVI’s intent in promulgating the “extraordinary form” of the Roman liturgy), the rancorous tone predominates. His treatment of the LCWR and the Jesuits, whom he lumps together with the Legionaries of Christ, epitomizes his take-no-prisoners approach, criticizing John Paul II’s Vatican and its “mitred discussion leaders” for failing to take a sufficiently tough line in dealing with religious who are “de facto schismatics.” A chapter on the church’s intellectual life is disappointingly thin, and largely ignores the vitality, expressed in new journals, blogs, and professional societies, of cross-generational alternatives in post–Vatican II Catholic theology that are both ecclesially and intellectually rigorous.

But it is when Evangelical Catholicism focuses on marriage and life issues that Weigel most clearly reveals his religious politics. One might agree with him on the need for the “redemption of marriage amid a toxic cultural environment.” Americans who have recently approved gay marriage laws, however, do not see them as harmful to traditional marriage, and reject the notion that opposition to gay marriage is “a rationally defensible matter of public order.” In any case, scornfully denouncing a “‘gay marriage’ insurgency” and comparing it to Nazism and Stalinism is surely not the best way to promote the goods of marriage. This book was likely in preparation during the 2012 election campaign, and while Weigel mentions neither Mitt Romney nor Barack Obama—or their political parties—it’s hard not to read the chapter on the church’s “Public Policy Advocacy,” with its emphasis on the failure of Catholics to exert sufficient “political muscle” in defense of marriage and life issues, as the author’s postelection meltdown.

Weigel’s argument on public policy situates life and marriage as central priorities in the New Evangelization’s social doctrine. He argues that such priorities, being close to first principles of justice, take precedence over mere policy advocacy, and require a “paradigm shift” in advocacy at the U.S. Conference of Catholic Bishops, which in his view can no longer function as just another “all-purpose public policy lobby.” Such conceptual prioritizing may work in the abstract. But Weigel’s way of combining Neuhaus’s two kingdoms theology with the residual modern dualism in John Courtney Murray’s theology of nature and grace troubles his own distinction between “first things” and policies. In effect, Weigel confuses his own prudential judgments about how to promote the goods of life and marriage in a pluralistic political environment with what the church teaches as revealed—while quarantining everything else to separate policy spheres in which the church is incompetent to speak.

It is time to admit that the “Americanist” tradition Weigel inherited from Murray and inflected with Neuhaus is dead. If there was ever a harmonious fit between America and the Catholic natural-law tradition, there certainly isn’t now. Catholics will not save America, as Murray dared to hope in 1960. Neither City on a Hill nor pagan cesspool, the United States is just our country. Prolife Catholics must live and work politically with the majority of Americans who do not accept the church’s teaching on life issues and marriage. They are left to make prudent judgments about how best to maximize good without sacrificing principle. I share Weigel’s frustration with Catholics who are callously indifferent to this task. But for the rest, “first things” and policies are harder to keep separate than Weigel’s easy distinction suggests.

The Counter Reformation–era Catholics he treats so dismissively did in fact possess a method of moral reasoning—namely, casuistry—designed to relate “first things” and policies. John Paul II gave casuistry a needed course correction in Veritatis splendor, but it remains central to Catholic moral thinking. Indeed, as his arguments in favor of preemptive war illustrate, Weigel himself knows how to use this tradition—and it is very much in play in some of Evangelical Catholicism’s better moments. For example, when he writes of those who “work to embody in law and public policy the opposite of the truths to which the Church witnesses,” it’s hard not to think that he has in mind direct formal cooperation in intrinsic evil. Weigel has to know how few of our political judgments land this cleanly. But his rhetoric makes it seem otherwise.

In the end I am of two minds about this book—enthusiastic, to the extent that John Paul II’s vision for the New Evangelization drives its reform proposals, yet wary of being bullied by Weigel into political positions I resist on prudential grounds. His Evangelical Catholicism, after all, is hardly a big-tent concept. Forget about the millions of “baptized pagans” he peremptorily dismisses; his church scarcely has room for those who accept church teachings as revealed yet don’t share his practical political judgments about how to promote and defend them. In keeping with this tendentious streak, the book is marred by Weigel’s consistently strident tone and eagerness for combat. Take, for instance, his characterization of Evangelical Catholicism as a “culture-forming counterculture”—an overheated term he invokes to set up an opposition to the “ambient public culture.” As contemporary Americans we all participate in multiple cultural networks; and integrating our resulting divided loyalties is a task of ongoing conversion and the struggle to lead a virtuous life. How does Weigel’s facile counterculture-versus-public-culture dichotomy promote the kind of serious reasoning that might convince people to form a culture based on the New Evangelization?

Such posturing can make the “New Evangelization” sound arcane or even ominous. But, as Cardinal Angelo Scola once said, it’s simply the evangelization we need now. Despite Evangelical Catholicism’s hectoring tone and the particular set of political judgments into which it straitjackets John Paul II, readers ultimately can’t afford to ignore Weigel. When Cardinal John O’Connor of New York died, Geraldine Ferraro wrote an appreciation remembering him as a beloved pastor who not only publicly questioned how some of her policy positions could be compatible with her faith, but also met regularly with her for lunch and counsel. This is how it should be among evangelical Catholics, and I think—and hope—that Weigel would agree.

Geezer Rock for the Summer