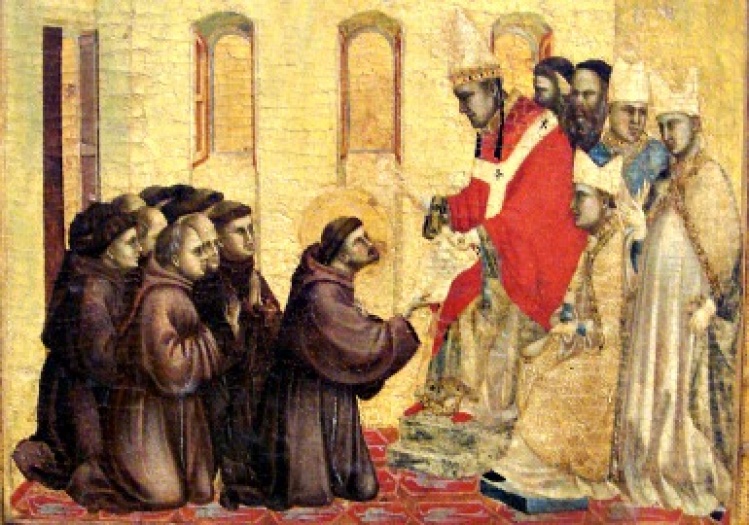 Acknowledging (somewhat self-deprecatingly) that what he has produced is “a new textbook” and “a book for beginners,” Kevin Madigan says that his intent was “to produce a volume that integrates the best of traditional scholarship with the rich and important developments that have occurred in the study of medieval Christianity over the past forty years or so.” That he has succeeded in doing, and in admirable fashion. If this is, indeed, a “book for beginners” and the author is careful to avoid taking too much knowledge for granted in his putative readers, he does not condescend to them, and those of us in the business who know the story (or like to think, at least, that we know the story!) can still read his account not only with pleasure but also with profit.

Of the book’s nearly 500 pages, 115 are devoted to the first thousand years of Christian history, almost 150 to the 1050–1300 period, and about 70 pages to the years from 1300 to 1500. While a late-medieval specialist may perhaps be forgiven for finding the account of those last two hundred years a trifle breathless, the chronological allocation of space and attention is still perfectly defensible. In a book that manages only the most fleeting of references to a theologian as important as William of Ockham, one might also quibble a bit, I suppose, about the allocation of precious space to such obscure thirteenth-century oddities as Guglielma of Milan (regarded as an incarnation of the Holy Spirit) or Manfreda da Pirovano (expected by her followers to become pope). But in general the allocation of space between more recent scholarly developments and what Madigan classifies as traditional approaches is also defensible. Before tilting as he does to the more novel stuff, he is careful to put in place the traditional narrative concerning the rise to prominence of the papacy, the challenge it handed down to the traditional ecclesiastical order dominated by emperors, kings, and nobles, and its development into a powerful, centralizing monarchy that got itself into trouble by stimulating opposition from the provincial churches and from the rising national monarchies of Europe.

But it is the more novel material, I suspect, that is likely to capture more readily the interest of readers. Thus, though we hear surprisingly little about the Eastern Orthodox Church, Madigan devotes a full chapter to Islam and its relationship with Latin Christianity, another two to heresy and its suppression, and two more to a carefully nuanced account of the status of Jews in Western Christendom and—clearly evident from the twelfth century onward—the steady deterioration in their relationship with the Christian majority. And what stands out especially for me is the account of detailed attention he devotes to the religious life of ordinary people, to the means whereby Europe was gradually Christianized, and to the powerful role played in that long, slow process, first, by the traditional monastic orders and, then, from the thirteenth century on, by the mendicant orders of itinerant friars, especially the Dominicans and Franciscans. Their commitment to lives of poverty, the level of higher education they (eventually) embraced, the quality of their preaching, and their devotion to the least advantaged or previously ignored segments of the population had a powerful impact, and especially so in the rapidly growing but previously unchurched urban centers. There, he concludes, “the story of the Dominican and Franciscan response...is largely a narrative of towering pastoral and intellectual achievement.... They Christianized the life of merchants and townfolk and created a new piety for those seeking holiness outside the precincts of the monastery.”

As he covers such developments he draws attention to some things that may well surprise the non-specialist reader. For example, in the early Middle Ages, there was the vogue of the “double monastery,” usually communities of women to which communities of men were attached, but ruled not by a man but by an abbess, often noble by birth and wielding what were, in terms of later practice, some startling powers—e.g., that of hearing the confessions of her nuns and then absolving them. And, from the rich density of later-medieval piety, he evokes the marked specialization in the curative powers of saints. (In this connection I recall the curious fact that England’s Young Prince Hal of Shakespearean fame had a great devotion to St. Fiacre, who specialized in the relief of hemorrhoids). Similarly, the practice of ritual humiliation when some unfortunate saint had not responded in satisfactory fashion to the pleas of the pious petitioner. Or again, the manifestation in the prevailing piety of a marked materiality—the association of supernatural power with place, notably the shrines of saints or with relics—saintly body parts or “contact relics” like bits of clothing that had been in contact with the saintly body. And so on. All in all, this sort of thing makes for compelling reading, and Madigan’s book can be said to convey a picture of medieval Christianity that is no less lively for being well-informed and carefully balanced. It can be recommended without reservation to any interested reader.

That duly acknowledged, and noting that the book’s strengths lie rather in the narrative/descriptive than in the conceptual/interpretative, perhaps I could take the liberty, without seeming churlish, of signaling a couple of qualifications to what Madigan has to say. The first concerns the secular-mendicant controversy that first broke out in the mid-thirteenth century at the University of Paris. It pivoted on the resentment stimulated among the secular clergy by the privileges that the papacy had conferred on the members of the mendicant orders. Those privileges, among other things, ran counter to the jurisdictional authority wielded by bishops within their dioceses. Madigan does discuss this controversy but makes no mention of the profound consequences it eventually had for the very constitution of the universal church. For Franciscans advanced the argument that the papal grant of privileges to the friars was no more than a particular manifestation of the fact that the pope was the fount and source of all the jurisdictional power wielded, via a process of delegation, by all ecclesiastical agencies and officials, the bishops themselves not excluded. This “derivational” theory of ecclesiastical jurisdiction, which came to be championed by the leading high papalists and was destined to have a long history reaching down well into the twentieth century, undercut the ancient view that each bishop, by virtue of his episcopal consecration, had by divine right a measure of autonomous authority in the governance of the church. And it came to undergird the type of absolute papal monarchy that has endured into the modern era. From that constitutional perspective the bishops have come to be viewed, in effect, as nothing other than branch managers within the whole, highly centralized organism. It is true that that “derivational” understanding of ecclesiastical jurisdiction was finally to be precluded in theory by Vatican II’s historic teaching on episcopal collegiality, but it has clearly not been dislodged from the established routines of curial practice or from the Roman Catholic imaginary at large.

The second qualification I should like to signal is a more basic one. Despite talk in recent years about the new historiography, this is, in its overall conception, a fundamentally traditional work, predicated on an acceptance of the traditional division of European history into ancient, medieval, and modern (a Renaissance humanist contrivance) and of the medieval phase into three sub-periods: early, high, and late. This may, I sense, have betrayed Madigan into underestimating the ideological continuities between what we know as the late antique world and the early-medieval. Thus he seems to view the claims of medieval kings to a sacral, quasi-priestly status as the outcome during the Dark Ages of a desperate and mistaken ecclesiastical concession, one that the Gregorian reformers later came to regret, proclaiming as they did that the age of “priest-kings and emperor-pontiffs” was over. But the notion that kings were sacred was an age-old global phenomenon with nothing less than a millennial history. It was close, indeed, to being the theopolitical common sense of humankind. Embedded in the Hellenistic philosophy of kingship that Rome had made its own, it had been accommodated to Christian belief by Eusebius of Caesarea, who in the fourth century had portrayed the emperor Constantine in quasi-messianic terms and contrived to situate the Christian Roman Empire within the order of redemption. The medieval anointing of kings did no more than add a biblical sheen to what was, in effect, an age-old pre-Christian complex of beliefs that endured into the Middle Ages and cast a long shadow, even, across the papacy’s own ambitions for supremacy in Christian society. Without its persistence, indeed, it would be hard to explain how the popes of the High Middle Ages permitted themselves to emerge as fully fledged sacral monarchs in their own right, imperial in their regalia, costume, the ceremony surrounding them, and the reach of their claims—the very successors, indeed, of Constantine himself. We cannot know how accurate the chronicler’s description of Boniface VIII’s reception in 1298 of the ambassadors of the claimant to the imperial throne may have been but, whatever the case, contemporaries themselves would hardly have been surprised by his depiction of the scene:

Sitting on a throne, wearing on his head the diadem of Constantine, his right hand on the hilt of the sword with which he was girt, he [the pope] cried out “Am I not the supreme pontiff? Is this throne not the pulpit of Peter? Is it not my duty to watch over the rights of the Empire? It is I who am Caesar, it is I who am emperor.”

In his Leviathan, the seventeenth-century English philosopher Thomas Hobbes was moved to describe the papacy as “no other than the ghost of the deceased Roman empire sitting crowned on the grave thereof.” I am not sure that we will fully understand medieval Christianity until we recognize that that observation was no less accurate in its fundamental perception for being derisive in its conscious intent.