'Doing the Best I Can'
By Eve Tushnet
Books 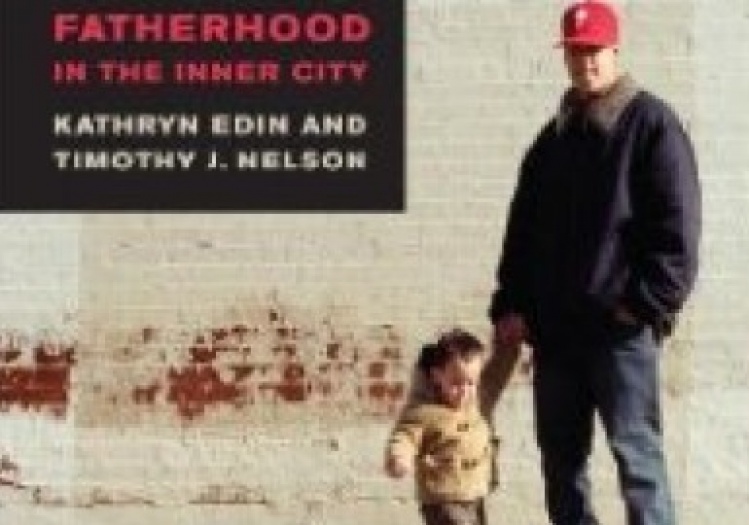 Painfully conscientious, rule-bound, and motivated more by spiritual longings than by practical material concerns—these aren’t the terms in which most Americans think of low-income unmarried fathers. The men who tell their stories in Doing the Best I Can: Fatherhood in the Inner City know that they don’t look much like Ward Cleaver or Cliff Huxtable. They’re candid about the drug and alcohol abuse that has wreaked havoc in their lives, the bad behavior and bad choices that make them hard to employ and, for many women, hard to love. Kathryn Edin and Timothy J. Nelson try hard to be empathetic, but they can’t help but point out the ways in which the men they study fail, again and again, to be the responsible partners and fathers they aspire to become.

Doing the Best I Can is essentially a sequel to 2005’s groundbreaking Promises I Can Keep: Why Poor Women Put Motherhood Before Marriage. For that book, Edin and coauthor Maria Kefalas lived in rough Philadelphia-area neighborhoods, alongside the single mothers they interviewed. By allowing mothers in this stigmatized community to speak in their own words, Edin and Kefalas uncovered the women’s intense mistrust of men, the exalted status they assigned to marriage (exalted beyond their own reach), and the moral judgments and existential longings that shaped the women’s desire to have children.

The new book tells the other side of the story. Staying in the same neighborhoods, interviewing the same mix of white and black parents, Edin and Nelson find heartbreaking stories of childbearing and parenthood as a kind of cry of protest against violence, hopelessness, and self-destruction. Pregnancies are unintended but typically welcomed by men who view fatherhood as a chance to prove their own ability to act rightly in their own eyes and those of their peers.

The story of unwed fatherhood begins when the future fathers are children. Their feelings about having been abandoned by their own fathers come through clearly in Doing the Best I Can. They’re determined not to be like their dads: not to be drug addicts, not to be absent from their kids’ lives, and also not to be the stonily silent or abusive fathers many men remember. These memories shape a new ideal of fatherhood, one defined in emotional rather than material terms: a good father is warm and available; a good father offers moral guidance—even when it consists of the humbling admission that he doesn’t want his own children to be too much like him.

As these unfathered or badly fathered boys reach adolescence they’re initiated into a world of chaotic sexual relationships. Not all of these scattershot relationships result in a pregnancy, but many do. The statistics here are startling: among young unmarried inner-city parents, the average gap between the beginning of their relationship and the conception of their first child is just six or seven months. “Mothers are more likely to view these relationships as serious than fathers are,” note the authors dispassionately. But once those two lines appear on the plastic pregnancy test, most men don’t flee. Even teens in high school often responded to news of a girlfriend’s pregnancy with joy and a grateful sense that at last a chance for something real, true, and pure had come into their lives. Nobody else in their lives reacts this way except, sometimes, the girlfriend. Both her parents and his usually act as if the pregnancy is a catastrophe, but to the young parents, it’s often understood as a moment of hope for the relationship. The young man cleans up his act, at least for a while. He and his girlfriend pledge to stay together and begin to talk about marriage. Sometimes they actually do get married. This method of forming relationships, including marriages, minimizes the element of choice, which many young adults find paralyzing. Getting married because of a pregnancy seems to offer a paradoxical kind of reassurance. If you choose whom you marry and the marriage doesn’t work out, then you will feel responsible for having made the wrong choice. But if a young man gets married because his girlfriend got pregnant, then even if the marriage goes wrong later, he can at least tell himself that he tried to do the right thing.

But staying committed to a spouse one barely knows is as hard as it sounds. Once their children are born, women express “a sharp sudden rise in expectations” for the men, who begin to feel “bewildered, aggrieved, and enraged,” fearing betrayal and abandonment. These shotgun relationships typically fall apart, leaving both the man and the woman embittered and mistrustful.

Men and women face sharply different risks with these relationships. Men face a painful blow to their sense of self and a return to the anchorless life of the young man with nobody to care for and not much to hope for. The men believe that they have a relationship with their children that “is pure and unassailable and should have nothing to do with their relationship to the mother of that child...[but] the dramatic falloff in father involvement in the aftermath of breakup should warn that this belief is a profound form of self-deception.” And women face the inescapable financial, emotional, and physical challenges of childcare. For the mother “a baby is instant maturity—if she doesn’t get her life together and figure out a way to support the child, she could lose custody to the state. Plus, she, he, and the community at large assign her—not them—ultimate parental responsibility.”

And so men, yearning for a fresh start with a woman who isn’t disappointed in them yet, start new families. Giving the new family all of one’s attention necessarily means shortchanging the first set of kids. They may take on a father’s responsibilities for a girlfriend’s child by another man: this not only gives them the joy of being loved by a small child, but the self-respect and praise from others that comes from going above and beyond mere duty. There’s a perverse incentive structure in which caring for one’s own biological children is just doing what’s expected; one gets more praise and more sense of self-worth from caring for another man’s children. Nonetheless, these men have a real desire to parent at least one child well—better than they were parented themselves.

Marriage still plays a major role in shaping inner-city parents’ expectations. Unfortunately, the ideal of marriage they share with richer Americans requires them to attain economic security before they wed. Edin and Nelson note that as the reward for work has fallen, the financial expectations couples are expected to meet before they can “responsibly” marry have soared.

Doing the Best I Can sometimes conveys exasperation at the way the men it profiles stumble into parenthood and sacrifice their first-chance family for the sake of second chances elsewhere, but it’s impossible to finish the book without feeling love, sympathy, and admiration for many of these men. In context, the title is harsher than it may appear: “Doing the best I can” means helping out the woman, who remains the primary financial provider, the parent of first response and last resort. But the men interviewed here are struggling, with virtually no models and little support, to do better than they did before—and better than their own fathers.