'The Gospel According to Shakespeare'
By Paul K. Johnston
Books 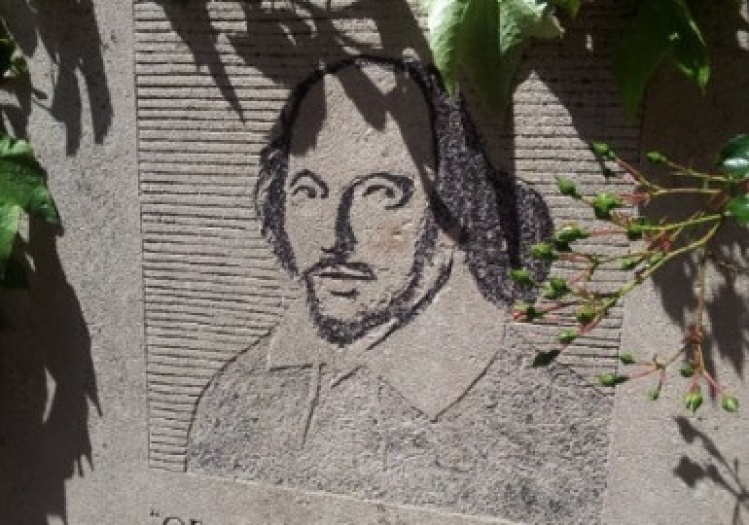 In recent years some Catholic scholars have revived the claim that Shakespeare was a crypto-Catholic—and was so at a time when being Catholic in Anglican England was against the law. In its milder form, this claim offers little more than an opportunity for Catholics to take pride in the great bard as one of our own. In its more extreme form, though, it is used to argue that Shakespeare’s plays are full of coded messages to his fellow recusants. Such arguments reinforce the unfortunate impression that Shakespeare’s plays are accessible only to a select few.

I am happy to report that Piero Boitani’s The Gospel According to Shakespeare takes no part in this trend. It addresses not the question of whether Shakespeare was Catholic, but a more basic one: Was he in any important sense a Christian poet? Boitani’s viewpoint as a Catholic European gives him insight into Shakespeare’s Christian art that a British or American critic might not possess—not because of any secret Catholic code at work in the plays, but because the English Puritanism that came after Shakespeare and was transplanted to the colonies so suppressed significant elements of Christian sensibility that Anglo-American readers may not recognize them when they encounter them in his plays.

Boitani’s focus is on Shakespeare’s last four plays—plays he sees as so strongly Christian, they constitute a sort of fifth gospel. Conventionally referred to as the romances, these works differ significantly from the great tragedies that preceded them not only because they end happily—so do Shakespeare’s comedies—but rather because of how they achieve their happy endings: not via the triumph of romantic love, as in the comedies, but rather through repentance, forgiveness, and faith. Other elements are interwoven with these familiar Christian themes in the romances, and it is through its reading of these other themes—music, beauty, the feminine, even the syncretic blending of paganism with Christianity—that The Gospel According to Shakespeare enables American readers to see both Shakespeare’s romances and the Christian tradition itself with new eyes.

The book devotes a chapter to each of the four romances: Pericles, Cymbeline, The Winter’s Tale, and The Tempest. Boitani also includes chapters on two tragedies—Hamlet and King Lear—that point toward Shakespeare’s turn from a tragic view of life to the Christian view of the last plays. Shakespeare’s focus throughout the tragedies is on the inevitability of death. “All that lives must die,” Gertrude reminds her son in the opening scene of Hamlet, and indeed the play ends with the stage littered with bodies—Gertrude, Claudius, Hamlet himself, and Laertes, who has followed in death his father Polonius and sister Ophelia. Similarly, King Lear dies with his dead daughter in his arms as reports of the deaths of his other two daughters and their shared adulterous lover are received and Lear’s most faithful servant announces his own willing death. All in all, there is scant good news to be had; nevertheless, Boitani finds the promise of hope, if not hope itself, in Hamlet’s declaration that “there is a special providence in the fall of a sparrow,” and in Lear’s longing for a time when Cordelia will again seek his blessing and when he will ask her forgiveness.

Lear’s longing becomes reality in the romances. As a literary term, romance does not refer to stories of romantic love, but rather to stories characterized by the improbable, the magical or supernatural, even the miraculous. And improbable Shakespeare’s romances are. For example, Pericles begins with the young prince traveling to a foreign land to win the hand of its king’s daughter; in short order he discovers incest, flees an assassin, hands over the rule of his city to another, saves yet another city, suffers shipwreck, becomes a beggar, wins a jousting tournament, marries the daughter of another king, loses her in another storm at sea, and abandons an infant daughter. And all of this before the play really gets down to business!

Such a fantastical plot would seem to bear little resemblance to the Gospels. But the Gospels are all about the unlikely (a fish with a coin in its mouth, just when a coin is needed), the supernatural (a multitude of thousands fed with five loaves and two fish), and the miraculous. Chief among the miracles, of course, is Christ’s Resurrection; and resurrection is the most distinctive recurrent motif of Shakespeare’s romances. Boitani calls attention to the many symbolic resurrections in Pericles and Cymbeline before arriving at the resurrection that transforms The Winter’s Tale: the moment when the statue of the long-dead Hermione comes to life and steps down from its pedestal.

But does the motif of resurrection make these plays Christian? Just as prevalent in the romances, after all, is the motif of the seasons, with the resurrection of spring following the death of winter. This natural cycle underlies much myth, including the classical myths against which Christianity emerged. And the world of classical myth is present throughout the romances. The goddess Diana appears in Pericles and Jupiter in Cymbeline. These ever-present pagan deities don’t rule out a Christian reading, however. Syncretism, the blending of Christian and pagan elements, is common in Renaissance poetry. But the Puritan movement, which helped bring the English Renaissance to an end and has had such a permanent influence on American culture, rejected such syncretism. Thus the Pilgrims who settled in Massachusetts—only a few years after Shakespeare’s late romances were first staged—refused to celebrate or even acknowledge Christmas, seeing it as a pagan borrowing blasphemously undertaken by both the Catholic and Anglican churches.

This Puritanism notwithstanding, Christianity has in fact been a syncretic religion from the beginning, blending Greek and Judaic thought, including all the earlier absorption by Judaism of the many Middle Eastern mythic traditions that surrounded it. Continental Europe today, not influenced by Anglo-American Puritanism, remains open to syncretism, as does the Catholic Church. Thus Boitani may be better equipped to understand Shakespeare’s Christianity than are Shakespeare’s English-speaking Protestant descendants. Boitani can write of Prospero both as “the God of the Bible” and as “Neptune and Jupiter.” He can write of Jupiter in Cymbeline as speaking a “theophany when he descends from heaven, riding his eagle amid thunder and lightning (the pagan equivalent of the whirlwind out which God speaks to Job).” He finds no contradiction when, in this theophany, Jupiter employs the imagery of Christ’s crucifixion. Throughout The Gospel According to Shakespeare, Boitani uses the vocabulary of Greek philosophy to explain this blending of pagan, Jewish, and Christian traditions, just as Paul brought Greek philosophy to Christian thought.

So are the resurrections found in Shakespeare’s romances Christian, or merely pagan? For Boitani they are unquestionably Christian. Resurrection in pagan myth is the result of natural processes, just as the gods of myth are representations of natural processes; no human contribution is required for the resurrection of the vegetable world to take place, for winter to yield to spring. For Christians to participate in Christ’s Resurrection, however, much is asked of them: repentance, forgiveness, faith. And these motifs are the keys to Shakespeare’s romances. Fathers repent and ask daughters for forgiveness. Villains are forgiven by those they’ve injured. Before the statue of the dead Hermione steps down from its pedestal, Paulina tells the repentant Leontes, “It is required / You do awake your faith.” Only then, with music, does Hermione step down to embrace her guilty husband. Only when the lost Perdita kneels and prays does her mother speak and bless with grace her restored daughter.

In Shakespeare’s comedies female characters are central, and the continuity of life, embodied in Hermia and Rosalind and Viola, prevails. In the tragedies—the world of death, of Macbeth and Othello and Hamlet and Lear—the masculine supercedes, and female characters remain secondary. In the world of the romances, with its restoration of life, the feminine returns—not as sexual lover and wife and future mother, but as Christ. In Shakespeare’s gospel the dead Cordelia precedes the resurrections of the romances, the dead Christ of Michelangelo’s Pietà in the arms not of a grieving mother but of the severe father who begat her. In Pericles, in contrast, Marina “embodies the infinite capacity of suffering and forbearance” that Christ embodied on the cross. Hermione, Paulina, Perdita, Thaisa, Marina, Imogen: with the exception of The Tempest, the romances all have feminine figures as their heroes.

Boitani, coming from Catholic Europe, where the image of Mary is ubiquitous, is entirely at home with feminine embodiments of the Christian divine in a way that Anglo-American scholars are not. So too is he entirely receptive to the Christian significance of music and art throughout the romances, as Christian art and music are so much a part of the landscape of Catholic Europe. As was announced by Isaiah and affirmed by Paul in his Letter to the Romans, the good news is brought by beautiful messengers—pace the Puritans who closed the theaters where Shakespeare’s plays were first presented.