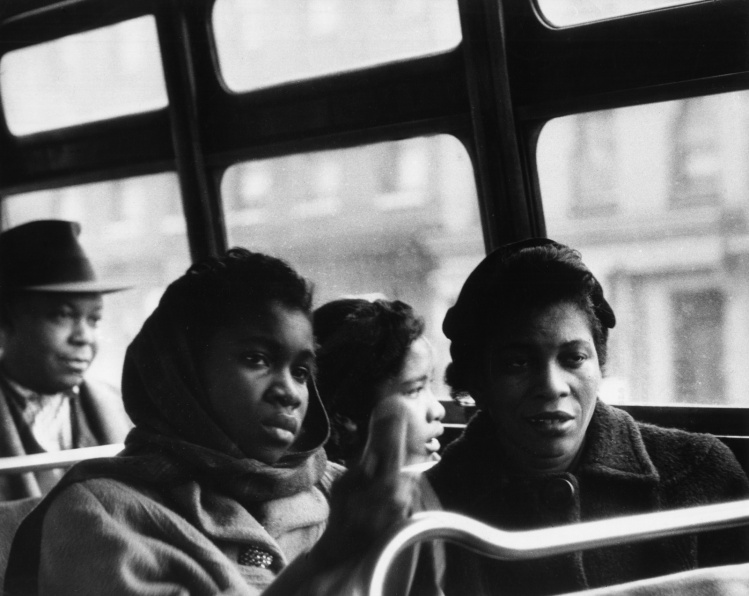 A few years ago, I was coming home on a nonstop intercity bus from New York City to Washington D.C. when the driver swerved off I-95 and made an unexpected announcement. A woman on board had received word that her son was at a hospital in Baltimore. Would we be okay with making a little detour? There may have been a moment when people were thinking about grumbling. But we’d already left the highway, and in the end, how can you say no? We pulled up in front of the ER and the woman disembarked, to a chorus of “Good luck, honey,” and “God bless you, driver.”

And that’s never happened to me on an Amtrak.

Train travel is a pleasure for some, even a hobby, but nobody loves a bus. Train fans are mostly people who love to ride trains; bus enthusiasts are mostly people who enjoy looking at buses and jotting down all the different kinds they can spot. Websites dedicated to bus fandom deal exclusively with make and model. Nobody thinks a birdwatcher is weird for not wanting to catch a ride on a great horned owl, but I have to admit I think it’s odd for love of a form of transportation to completely bypass the bit where it gets you from point A to point B. I’ve never felt the aesthetic pull of a bus. Any positive feelings its appearance evokes are the result of actual bus trips I’ve taken.

I used to think that my love of the bus was ironic and kind of obnoxious: a way of sending up my friends’ NPR-tote-bag paeans to Amtrak and high-speed rail. But when the lockdowns hit in 2020, I realized that I missed the bus more than I missed almost any other feature of city life. My bus love had always been much less ironic than I was willing to admit. The bus is simply the city on wheels. If you really love a place, you’ll love its buses.

My impression is that some subway systems, like New York’s, have the anarchic quality of a good bus line, but at least here in D.C. the bus is more personal and unregulated. The bus is a faceful of human nature, for better and for worse. On the bus people flirt, preach, sing, sleep, and gamble; they reminisce about the good old days, when Marvin Gaye might turn up at the after-hours club, or when kids respected their elders because the paddle still hung on the principal’s wall. They sell DVDs and clothing and grocery items of unexplained provenance.

Train travel is a pleasure for some, even a hobby, but nobody loves a bus.
sharetweet

I stopped reading my Bible on the bus, because it seemed to invite strange men to propose marriage. But then again, one Thanksgiving I was heading to my parents’ house when my seatmate began a quiet, urgent conversation about how much he missed Ethiopia, and he’s the only man who ever spoke to me on a bus who didn’t even ask me if I was single.

The bus has every kind of Christian faith. There’s the kind you get from the driver who comments, as he saddles up for the first round of the day, “I’m blessed to be on this bus.” There’s the kind you get from the psalm someone has posted in place of the schedules, or the sticker on the window that says, “REPENT and RISE WITH Jesus!” There’s also the kind where a woman stands at the front of the bus loudly proclaiming the Gospel, and some people are ignoring her and some people are nodding along, with expressions of slight social strain, until she swerves into what she believes to be God’s opinion of homosexuality and everybody decides to look out the windows. There’s also the kind where the person is not so much preaching as just talking to himself, peppering his moral and religious opinions with, “And they call me crazy!”

One day the 70 was stopped at a long red light up by Gallery Place. The driver spotted a friend on the sidewalk, opened the bus doors and called him over. They exchanged a few pleasantries (“Are you having turkey for Thanksgiving?” “Naw, man, I’m having my jay-oh-bee!”) and then the friend began to talk about his faith. The incredulous driver said, “You’re a Muslim now? You were Christian last week! I know you!” And then the driver opened up his mouth and allowed this poem to take wing: “I see you on the corner saying, ‘Salaam alaikum.’ But when they give you pork chops—you take ’em!” Hey, Anna Karenina: Can your train do that?

People fight on the bus. I’ve never seen a physical fight break out, but I have been on a bus that pulled over and stopped so the driver could call the police on a passenger who was threatening her with a beatdown. I’ve been on a few buses where the riders formed a noisy democracy to demand that the driver eject a passenger who smelled bad. The driver always acceded to these requests eventually. Those buses were bad, and I admit that I didn’t stand up for the targets. The bus is the city: a place where some people do their suffering in public, while other people pass them by.

But the only friend I’ve ever made on public transportation, I made on the bus. I was in high school, with an hour commute each way, and she was a young woman who rode my first bus on her way to work. We chatted every morning as we struggled to stay upright in the seven o’clock crush. I don’t remember why she gave me several long passages from the Gnostic gospels—at the time, I had little interest in religion—but I’ll never forget her plump, precise handwriting, in purple ballpoint on ragged pages torn from a spiral notebook. She copied all those pages out of her library book for me.

Nobody loves the bus because nobody chooses the bus, not if they have other options. The bus rattles and lurches. The bus is cheap and so the bus is crowded, and the bus is probably late. (Amtrak is also probably late, but not cheap.) The seats are small. On an intercity bus there’s no café car, and there sure isn’t any quiet car. The bus isn’t a respite. It takes everything about your life that you wouldn’t have chosen and crams it right into your lap.

And this is how the bus brings people together. When I interviewed the urbanist writer Addison Del Mastro for an article in America magazine, he speculated that perhaps “what we think of as good urbanism is just an accident of having been poor.” When we have a choice, people usually choose privacy, control, and comfort—and then we’re shocked when we wind up lonely. We put up “privacy fences,” and then complain about how nobody knows their neighbors anymore. But communal bonds have always been tightened by necessity.

Look, I love the bus because I love being an ironic observer. The bus is the stage on which I watch the human comedy. But if you forced me to develop a bus philosophy, maybe it would be this: Real communities are made of the duties you accept toward the people you wouldn’t have chosen to live with.

D.C. just announced that all buses will be free within city limits starting July 1, but I don’t expect to enjoy this civic bounty for long. Late last year I fell in love with a woman who lives in one of those California cities where the car is an indispensable prosthetic. (They’ve been like this for a very long time: in 1883 Helen Hunt Jackson called early Californians “a variety of Centaur” who “mounted [horses], with jingling silver spur and glittering bridle, for the shortest distances, even to cross a plaza.”) If all goes well, I will be moving. I’ll learn to drive. The bus will retreat to the margins of my life. Speed and comfort will replace REPENT stickers, spilled sodas, and that one guy who reacts to a bicyclist swerving out in front of the bus with a frustrated, “Just hit him!” I never thought I would leave my hometown, and so I never thought I’d leave the bus. Nothing will ever replace it—nothing anybody would choose.

Eve Tushnet is the author of two nonfiction books, most recently Tenderness: A Gay Christian’s Guide to Unlearning Rejection and Experiencing God’s Extravagant Love, as well as two novels, Amends and Punishment: A Love Story. She has lived most of her life on the 70 and S2/S9 bus lines.