The Passing of Msgr. Céspedes
By Tom Quigley
Religious Life
The Last Word 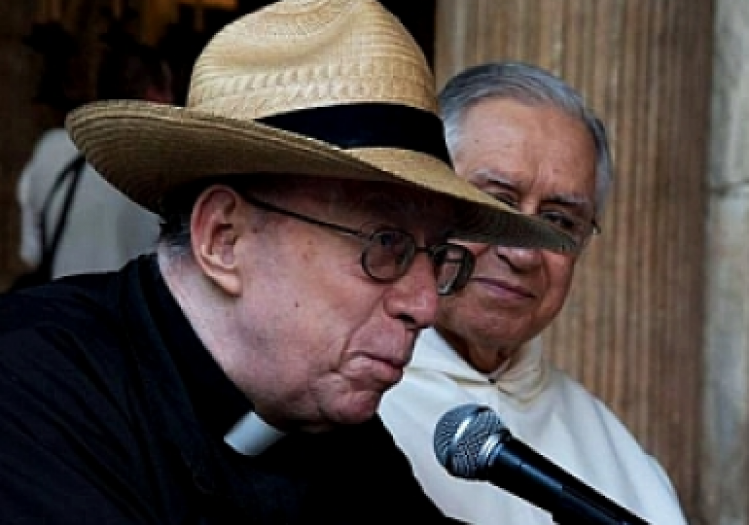 He bore one of the most storied names in Cuban history. The Padre de la Patria, Father of the Nation, who freed his slaves and issued the first declaration of independence in 1868 was his great-great-grandfather, also Carlos Manuel de Céspedes. Two other grandparents, one a Céspedes, the other a García-Menocal, served as presidents of Cuba. Msgr. Carlos Manuel de Céspedes y García-Menocal, the faithful priest, seminary rector, spokesperson for the bishops’ conference, and prolific writer who died January 3 in Havana, was also a great Cuban patriot.

Céspedes was born in Havana in 1936 and ordained in Rome in 1961, just before the Second Vatican Council. He returned to Cuba in 1963, in the midst of the harshest church-state conflict the country had known. Recognizing that irreversible change had come to both his church and his country, he set about doing what was possible to preserve the integrity of the Cuban church even as its educational institutions were shut down and many of its clergy and religious expelled.

Early on, Fidel Castro’s regime determined that no other institutions would be allowed to challenge the Marxist government’s total control of the lives of its citizens. The Protestant churches, largely dependent on U.S.-based denominations, offered no threat, and so some of them were cosseted by Castro as exemplars of his policy of religious freedom. The Catholic Church, however, represented a challenge. With so many priests and religious expelled, and with atheistic indoctrination imposed in the country’s schools, maintaining a national seminary was crucial for the future of the Cuban church. Céspedes, who had been a brilliant student (and who undoubtedly benefitted from bearing such a well-known and respected name), devoted himself fully to that task from his first years back in Cuba, teaching at the national seminary and soon becoming its rector. Havana’s Cardinal Jaime Ortega later credited him with “saving” the Cuban seminary at that critical time.

From 1970 to 1991, Céspedes served as director of the general secretariat of the bishops’ conference. He was the public face of much of the church’s activities in those days, the vocero or spokesman for the bishops. It was he who orchestrated the first visit of a group of U.S. bishops to Cuba in 1985. On arrival, the visitors were invited to meet with Castro, to which they agreed—provided that the Cuban bishops could also be present. To that point Castro had had virtually no contact with his country’s bishops, dealing with church matters solely through the Vatican’s chargé d’affaires, Bishop Cesare Zacchi, and the Cuban bishops’ key representative, Céspedes. The meeting finally took place in the apostolic nunciature, the same venue where the aging Castro met Pope Benedict in March 2012 (see “Benedict Goes to Cuba,” Commonweal, August 17, 2012).

I first met Carlos in 1974, when, as a member of the U.S. bishops conference staff, I managed to get on a Potemkin-village tour run by the government’s Institute for Friendship among Peoples (ICAP). I had brought with me a draft document on U.S.-Cuba relations, prepared by what was then known as the World Justice and Peace office under Marvin Bordelon. Carlos took the document, and the next day we walked and walked in the seminary garden while he explained carefully what he found praiseworthy and what was lacking in it. He finally concluded that the timing was “not opportune” for the U.S. bishops to issue it. “Not opportune” was a frequent verdict of the Cuban bishops as their U.S. counterparts proposed outreach projects in the coming years. The 1985 visit, and a visit to the United States by the Cuban conference leadership in November of that year, was the beginning of a very close relationship between the two conferences that lasts to this day. I have just pulled out my Cuban correspondence files to read, with increasing admiration, and now with sorrow, some eighty lengthy letters to and from Carlos.

In parts of the Cuban diaspora today, Zacchi, Ortega, and Céspedes are reviled as traitors to the patria. They were the architects of a policy of acercamiento, of building ties with the all-powerful government, which they deemed preferable to flailing impotently and having no impact. Céspedes has been described as a “friend of justice and enemy of extremism,” virtues in short supply among some in the exile community. When the full story of the church in Cuba under the Castros is finally written, there will be few brighter chapters than that on Carlos Manuel de Céspedes y García-Menocal. Que en paz descanse. 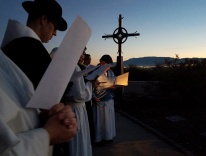