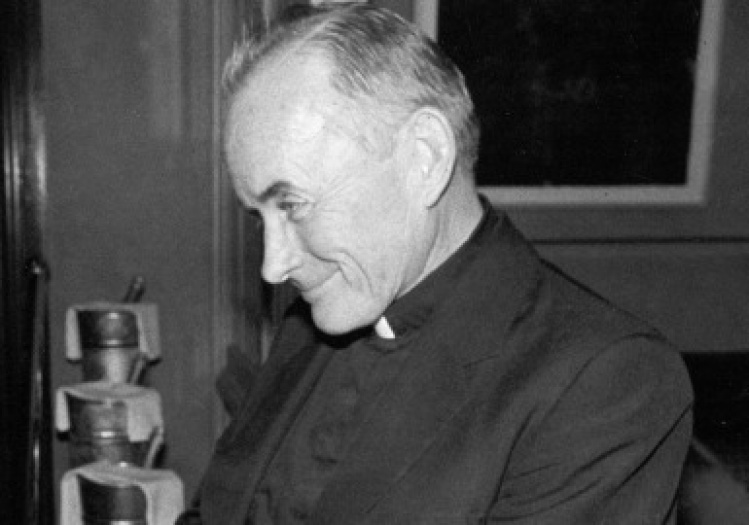 You wanted Father Andrew Greeley as your friend and not your enemy. You got the sense he was born with his fists up and his loyalties fully formed. He was ready to do battle at the first signs of disrespect toward those he cared about.

Understanding Greeley, the priest, sociologist, and novelist who died last week at 85, is essential to understanding the last half-century of American Catholic history and the glorious contradictions of politics.

He was a liberal whose impatience with actual liberals was legendary. This applied especially to reformers who disparaged his beloved Daley machine in Chicago. Yet this resolute Irishman who once used the phrase "marginal but not alienated" as an apt sociological description of himself was bolder than so many others in the positions he staked out. Not one for understatement, Greeley titled one of his last books A Stupid, Unjust and Criminal War: Iraq 2001-2007.

Did I mention books? Greeley wrote so many that his obituary writers couldn't agree on a count. In a lovely New York Times article on Greeley, Peter Steinfels pegged the number at "more than one hundred and twenty." Joe Holley wrote in The Washington Post of "more than one hundred nonfiction works and fifty novels." John Allen risked precision in the National Catholic Reporter: seventy-two nonfiction books and sixty-six novels.

"I suppose I have the Irish weakness for words gone wild," Greeley told The New York Times in 1981. "Besides, if you're celibate, you have to do something."

Oh, yes, and he had a fine gift for revenge recast as generosity. He always harbored a grudge against the University of Chicago, which granted him a PhD in 1962 but denied him tenure eleven years later. He believed he was the victim of a classic form of academic prejudice: against Catholic priests.

But then he made piles of cash on his best-selling novels, typically described as "steamy." (The Cardinal Sins and Thy Brother's Wife sold in the millions.) So in 1984, he was able to endow a chair in Roman Catholic studies named after his parents at his former school. He was uncharacteristically diplomatic at the time, but everyone knew the joy he felt when a university that wouldn't offer him tenure was quite happy to take his money.

As Greeley might say, let me be clear: I loved the guy and owe him a deep intellectual debt. I began reading him in college and still think his 1972 book Unsecular Man: The Persistence of Religion is an underrated classic. Its first sentences are so completely Greeley: "Let us be clear at the beginning: this is a volume of dissent. It rejects most of the conventional wisdom about the contemporary religious situation."

Back then, when so many genuinely wise people thought religion was on an inevitable path to decline, Greeley insisted that it wasn't -- and more than four decades later, it's fair to say that Greeley got the better of the argument.

He was also a fierce champion of the white ethnic working class. A strong supporter of civil rights, he nonetheless hated what he felt was upscale liberal disdain for the Irish, the Poles, the Italians, and others who rose from the white immigrant working class. It infuriated him to see these people – his people -- dismissed as racist and their forms of ethnic consciousness denied legitimacy. It's no accident that as a Greeley-phile, I ended up writing a doctoral dissertation on the politics of race, class, and ethnicity.

And yes, he was a Catholic priest, an identity he cherished but in an oh-so-complex a way. Anyone he saw as unfairly attacking the church, its faithful and its institutions (particularly its schools) would face the full Greeley onslaught. But few could match his ire against the church on matters ranging from the pedophilia scandal (he was an early critic) to what he viewed as its wrong turn on birth control, whose costs he documented. He took on various bishops and archbishops with the alacrity of a schoolyard brawler.

Yet, to the end, he was incorrigibly Catholic. "For the last thirty years," he once wrote, "the hierarchy and the clergy have done just about everything they could to drive the laity out of the church and have not succeeded. It seems unlikely that they will ever drive the stubborn lay folk out of the church because the lay folk like being Catholic." Yes, and we liked Father Greeley because he spoke up for us. Who knows what the Almighty is in for?