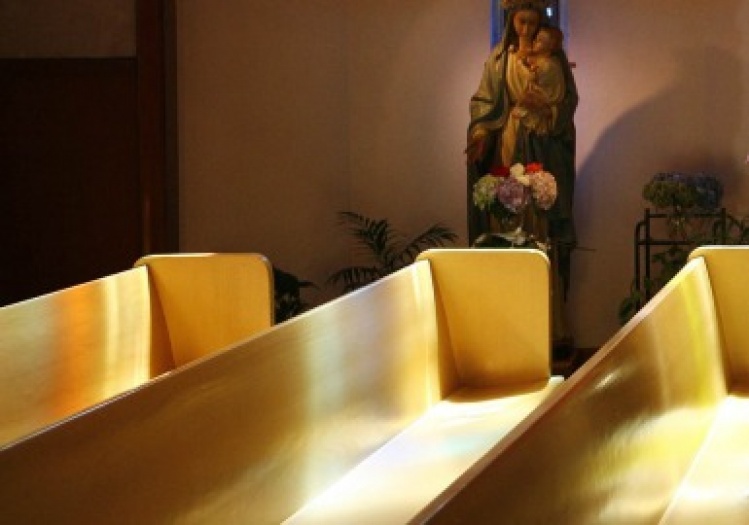 One out of every three Americans raised in the church is no longer a Catholic. These “formers” make up the second or third largest religious group in America (depending on whether Baptists are counted in their unity or diversity). In marketing terms, half these Catholics have chosen another brand of religion; the other half are “nones”—unaffiliated. It’s as if roughly 12 million people had forsaken Crest for Tom’s toothpaste, while the other 12 million stopped brushing their teeth altogether. Procter & Gamble, which makes Crest, would work hard to win back those customers: perhaps by banishing turquoise toothpaste or reducing the price. Not so the Catholic Church; it is not a manufacturer and need not be as enterprising as P&G. Does that mean lost customers are more valuable than lost sheep?

Albert O. Hirschman, a brilliant and iconoclastic economist (recently celebrated in a seven-hundred-page biography), laid out a plausible explanation for this kind of phenomenon in his classic study Exit, Voice, and Loyalty, which focuses on organizations that don’t function effectively and their dissatisfied members or customers. Some leave (the “exit” of the title); some stay (the “loyalty”). Hirschman asked why.

He recognized that exiting is easy if we’re talking toothpaste. Consumers dissatisfied with their usual brand can try another. Loyalty is more likely with organizations that invite a strong allegiance, possess a monopoly on something valued, or exact a high price for leaving—for example, families, religions, political parties, and totalitarian governments. Hirschman thinks that a strong sense of loyalty to the group makes exiting a tough, even unthinkable choice for discontented members. Instead, the dissatisfied voice their criticism rather than exit.

Back in the 1960s, when Hirschman was writing Exit, Voice, and Loyalty, voice was in vogue. Women were challenging patriarchy, Democrats protesting the war in Vietnam, Eastern European dissidents questioning Marxist orthodoxy, and Catholics debating Vatican II. These were the voices of critical members who would not or could not exit. Today the cost of exit has declined in all these arenas. Marriages became more egalitarian and divorce laws were relaxed. Ronald Reagan won the votes of FDR Democrats. The Soviet Union collapsed. The Catholic Church lost its monopoly on salvation.

And yet, even as exit from the church has grown, robust voices persist. Catholics, especially of the Vatican II generation, remain loyal in Hirschman’s sense: they do not exit. But neither do they fall silent. Many of these observant (and older) Catholics remain loyal and voice criticisms. Younger Catholics, who do not always possess the same sense of loyalty, are more likely to exit—either to another religious group or to no religion.The church, in these circumstances, fits Hirschman’s definition of an organization that responds neither to exit nor to voice. These he calls “lazy monopolies.” Whether members complain or leave, “management happens to be inured or indifferent to their particular reaction and thus does not feel compelled to correct its course.”

Some would argue that the Catholic Church, claiming a monopoly on truth as well as salvation, has no course correction to make. That has been the stand of recent popes and their episcopal appointees, who have rescinded or tinkered with Vatican II reforms and ruled out further change. Complaints have gone unheard, while conforming members have been embraced. And many have left.

Parents and friends of former Catholics now singing in a Baptist choir, serving on the vestry of an Episcopal parish, or meditating in a Buddhist monastery may be relieved that they’re still praying, still believing in something. Perhaps even the “lazy monopolists” consider that these sheep are not lost, simply misplaced. But what of the “nones,” those who abandon religion altogether or just drift away from it. We seem strangely indifferent to their exit. If 12 million people stopped brushing their teeth, we’d all take notice.

Though Hirschman is inventive in pursuing the combination and permutations of exit, voice, and loyalty that might insure an organization’s long-term survival, he recognizes that efforts to change an organization may come to nothing. He sums up this eventuality on a religious note: “the martyr’s death is exit at its most irreversible and argument at its most irrefutable.” It is ironic to think of those who give up their Catholic faith as martyrs, but their departure is at least as drastic as martyrdom. Lazy monopolists take note.