"Lights and shadows" as Israel prepares for the Pope 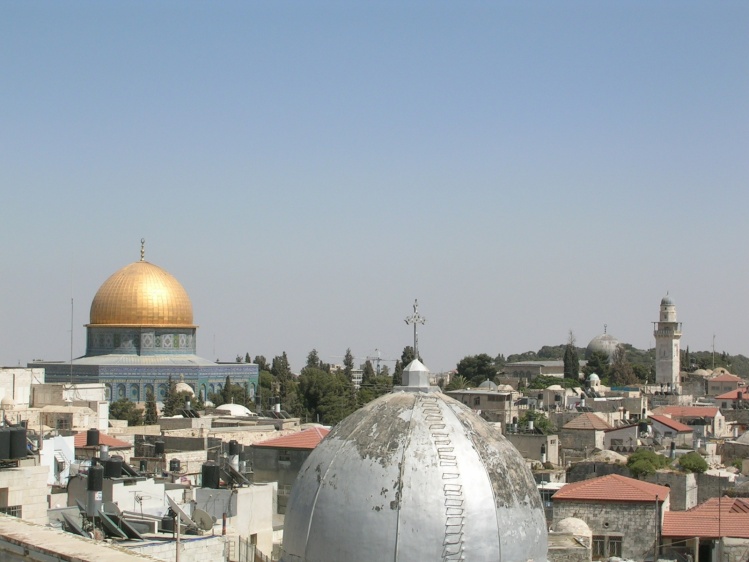 Almost fifty years ago, the conciliar document Nostra aetate removed a cancer from the heart of Christianity. Its central section, on Jews and Judaism, overturned centuries of faulty interpretation regarding the main "teaching of contempt" for Jews that was part of Christian culture, doctrine, and liturgy.

Surgery is one thing; rehabilitation another. The first is relatively quick and anesthetized; what follows is more challenging, sometimes painful, and often a test of perseverance and endurance.

So as the Pope prepares for the Holy Land, how healthy is the Jewish-Christian relationship? And how is Israel preparing for the Pope?

From the Catholic perspective, the long pontificate of John Paul II offered time for the newly repaired relationship between Jews and Catholics to heal and learn to walk on its own. The saintliness of John Paul II himself shone no more brightly than on this area of concern, especially in the span from the 1986 visit to the synagogue in Rome to the 2000 prayer at the Western Wall.

In truth, the last three popes have all helped the Jewish-Christian relationship. But there is only so much a pope can do on this front. Despite decades of blossoming Jewish-Gentile respect among scholars and religious leaders, the general public in both Jewish and Christian traditions knows very little about these changes. For Christians, it remains the case that the vast majority do not personally know even one Jewish person. They meet Jews primarily through their Christian Bibles, through preaching about the Bible, or through exposure to political news about the state of Israel.

Rabbi David Rosen, the director of international interreligious affairs for the American Jewish Committee, has recently expressed concern thus: “While the teaching of the [Catholic] Magisterium towards Jews, Judaism, and Israel are overwhelmingly positive, there are many parts of the Catholic world where pre-Conciliar attitudes still prevail and where anti-Judaism if not anti-Semitism is still to be found.  This is especially so in many parts of Latin America where, other than in the main cities of Argentina and Brazil, Jews often hardly feature at all on the ‘Catholic radar screen.’”

A distinct challenge for scholars and religious leaders is to invite others into the renewal of Jewish-Christian relations.

A simliar concern has been voiced from the Jewish perspective. In 2000, a group of Jewish leaders took out a full-page spread in The New York Times with a document called Dabru Emet, which acknowledged the great progress made my Christians vis-a-vis Judaism. The scholars and signatories believed that Jews "in the pews," so to speak, knew little about these changes. Teaching materials followed, in the form of books, study guides, and videos that could be used by synagogue or church groups wanting to engage the new perspectives on both sides.

Yet some have noted the lack of attention to educational curricula for children in religious schools or other catechetical settings. Philip Cunningham, Director of the Institute for Jewish-Catholic Relations of Saint Joseph's University, covered this ground for Catholics in Education for Shalom: Religion Textbooks and the Enhancement of the Catholic and Jewish Relationship (1995). He continues his leadership as webmaster of Dialogika, the go-to site for English-language materials on Jewish-Christian relations.

All of this is important background for seeing a little-covered news item of the week: in preparation for the visit of Pope Francis, Israel's Ministry of Education has distributed an educational packet for Israeli schoolchildren that emphasizes the positive aspects of Jewish-Christian relations.

TEL AVIV, ISRAEL – In a first, Israel’s Ministry of Education has prepared a packet of teaching materials for schools in the run-up to the upcoming Papal visit, set to begin on May 25.

The new instructional material is intended to spotlight positive connections between the Church and Israel since WWII, a ministry official told Israel’s Ma’ariv news site.

“Our emphasis is integration and rejection – not just rejection,” Katz said, adding that “the theme of the Righteous Gentile, is, in my opinion, the most important issue … we are preparing the subject well before the papal visit.”

The materials were prepared by historians from Bar-Ilan University, Yad Vashem, etc., and reviewed just last week by the education committee of the Knesset.

In a blistering column for The Jerusalem Post, its former editor-in-chief Jeff Barak strongly criticized some Israeli Jews' "disdain for minorities in Israel."

Papal visits to Israel are always viewed by Israeli Jews through the very narrow prism of centuries-old Christian anti-Semitism, the Inquisition and the role of the Catholic Church during the Holocaust. Whoever the pontiff, the expectation on the side of the Israeli hosts is that the occupant of the throne of Saint Peter make a full mea culpa for past Catholic sins toward the Jewish people.

Barak then describes some of the recent targets of the "pricetag" vandals and situates them as "part of a wider phenomenon, with mosques and other Muslim properties also being targeted by right-wing extremist Jews protesting any attempt by the government to bring the rule of law into effect in the wild west of illegal Jewish settlement in the West Bank."

The column concludes by Barak asking his countrymen to consider such activities happening against Jews in Europe:

Author Amoz Oz was absolutely right when he called for labeling the perpetrators of anti-Arab and anti-Christian violence “Hebrew neo-Nazis,” rather than the sanitized terms “hilltop youth” and “price tag” activists. Were these vandals European youths spray-painting the walls of synagogues in Moscow or London, setting fire to yeshiva halls and puncturing car tires in predominantly Jewish areas of the city, our politicians would have little compunction in labeling the thugs “neo-Nazis” and decrying the lack of action on behalf of the governing authorities.

Unfortunately, many Likud, Yisrael Beytenu and Bayit Yehudi Knesset members are not so far removed from these “Hebrew neo-Nazis” in terms of their disdain for the non-Jewish minority in Israel, be they Arab Muslims or Christians, and in their messianic belief in the right and superiority of the Jewish people inside the Land of Israel.

No doubt these Knesset members will monitor every word and gesture made by Pope Francis during his visit here, to ensure he makes full amends for every Christian misdeed against the Jewish people, and will loudly condemn any perceived failure on his part to show the necessary contrition for Christian persecution of the Jews.

It is just a sad and potentially dangerous irony that they are so self-righteously examining the behavior of others that they are blind to the misdoings and crimes of their own people.

While not unprecedented, this is nonetheless very pointed rhetoric on the matter of interreligious relations and minority rights, coming from a leading public intellectual at a center-right Israeli newspaper. Such honest, critical, and self-critical words testify to the maturing of the Jewish-Christian relationship in Israel.

They also hearken back to the remarks of Dr. Orna Katz-Atar, from Israel's Ministry of Education, about the reason for distributing the educational materials.

“For years the Jews lived together among Christians and Muslims,” Katz noted, emphasizing that, “We are not denying anti-Semitism, but there are lights and shadows, and we should emphasize the lights, not just the shadows."