Letter from Rome: Who Will (& Will Not) Attend the Synod on the Family 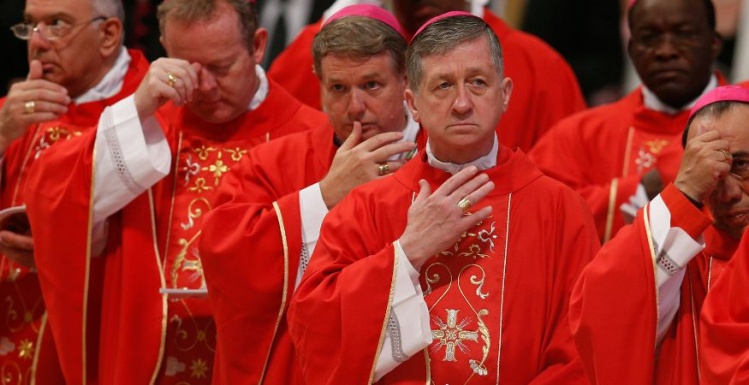 It looks like it will be “standing room only” next month when more than 260 Synod Fathers and some seventy other non-voting participants gather for the second round of the Synod on the Family. This past Tuesday the Synod office finally published the complete list of all those who will be attending the upcoming meeting—and none too soon. The gathering’s opening Mass on October 4 is now less than three weeks away.

Most of the main players who were at the first assembly on the family, held exactly one year ago, will be back again. The delegated presidents are the same, with the addition of Cardinal Wilfrid Napier, OFM of South Africa, and so are the other chief officers. And among the forty five men that Pope Francis personally appointed as voting members there are other returnees.

Once again, several are cardinals already over the age of eighty, including Walter Kasper, Angelo Sodano, Godfried Danneels, and Elio Sgreccia. And this year the pope added yet another red-hatted octogenarian, Cardinal Dionigi Tettamanzi, the Archbishop-emeritus of Milan.

One of the many other “new entries,” participating thanks to the pope’s benevolence, is Bishop Marcello Semeraro, who heads the Diocese of Albano near Rome and—more importantly—is secretary of the pope’s C9 council of cardinal-advisors. He appears to be a top candidate to succeed Cardinal Agostino Vallini, as the next Vicar of Rome.

It was already reported some weeks ago that Pope Francis, also by papal fiat, has added the future-cardinal Blase Cupich of Chicago and the African-American Jesuit, Bishop George Murry of Youngstown, as Synod Fathers.

And he’s invited back Cardinals Donald Wuerl of Washington and Timothy Dolan of New York. The Pope appointed these two American cardinals and all of the other members like them who are on the Synod’s permanent council but who where not voted-in by their conferences.

As far as those from last year who will not be returning to this session are Cardinals Raymond Burke (Knights of Malta) and Zenon Grocholowski (retired from Curia), as well as Archbishop André Léonard (Belgium) and—surprisingly—Cardinal John Tong of Hong Kong.

Hungarian Cardinal Péter Erdő, who will again be the relator general (or rapporteur) at the next session of the Synod, has been under an unusually high level of stress these days. And it has a lot to do with Europe’s refugee crisis and international criticism of the uncompassionate way the cardinal’s home country has been dealing with it.

Archbishop of Esztergom-Budapest since 2002, the 63-year-old canon lawyer relishes his role as Primate of Hungary. During these past dozen or so years he has sought to be the face and voice of Catholicism in the Central European nation, a role reinforced by the fact of being president of the Hungarian bishop’s conference the last ten years.

The world and many ordinary people in the cardinal’s native land have watched with horror and embarrassment as Hungarian Prima Minister Viktor Orbán commissioned a barbed wire fence to keep refugees from crossing through Magyar territory. And Cardinal Erdő’s response? It seems he suddenly caught a chronic case of laryngitis.

While Pope Francis has continued to urge Europe to open its borders and generously give aid to the migrants, and as other religious and political leaders have singled out Hungary for doing just the opposite, the cardinal has said nothing.

Would that he were only the top Catholic cleric in a small country. Unfortunately, he is also considered by many to one of the leading bishops in all of Europe. Cardinal Erdő is currently in the final year of a second consecutive five-year term as president of the Council of European Episcopal Conferences (CEEC), a group made up of presidents of the national bodies of bishops in Europe.

But even in this role, which he has used to speak out on all sorts of evils (abortion, secularism and the persecution of Christians in Europe among them), he has been very quiet on the refugee issue.

Cardinal Erdő is the only man ever to serve two terms as CEEC president, thanks to the lobbying efforts of a group backed by the former president of Italy’s episcopal conference, Cardinal Camillo Ruini. The aim was (and likely still is) to make the Hungarian “papabile.” What would he call himself? Pope Pius XIII?

The City of Rome, with the financial help of the Italian government, has begun a series of construction projects in preparation for the upcoming Holy Year of Mercy.

Roadwork was begun last week around Stazione Termini, the main railway station, and residents are already complaining about the mess and inconvenience it’s created. That’s because they know this is only the beginning of similar repair projects throughout town.

Excavation crews have sectioned off the initial segments of the two streets that run along either side the bustling station and have dug up the small paving stones (known as sampietrini). Evidently, they are now going to pour a layer of concrete and start the meticulous and time-consuming work of individually re-setting all the beveled basalt stones.

Not everyone is happy. The sampietrini have been a characteristic of the streets of Rome since at least the sixteenth century, especially in its historic center. But they do not hold up well under the strain of the city’s constant traffic and the weight of large tour buses and oversized delivery trucks. They constantly have to be torn up and re-set, but within months of the laborious chore they begin to buckle and shift again, creating dangerous gaps and potholes.

And so Romans have been engaged in fierce debate the past two decades (at least) about whether to remove the sampietrini permanently and replace them with modern asphalted streets.

The hard-line and self-styled conservationists of Rome’s antiquity will hear nothing of the sort. But the pragmatists have argued that it is absolutely essential to asphalt at least the main thoroughfares and larger avenues. The tiny paving stones, they say, can be used for pedestrian areas and the small streets that have limited car traffic. Their debates, at times, have been as heated as those going on at the Synod.

In any case, when Pope Francis officially opens the Extraordinary Holy Year on December 8, everyone hopes – though most people seriously doubt—that the construction projects will all be completed. The more realistic expectation is that this won’t happen—and that’s only if all goes well—until the end of the Jubilee.

For many Romans even that would be proof that God truly is merciful.