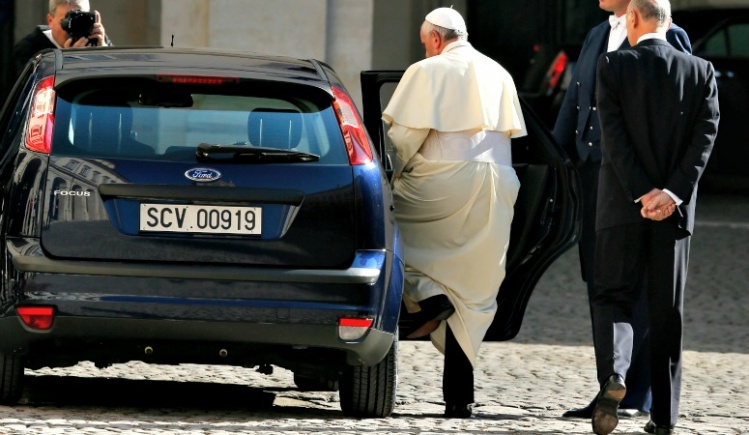 There is no scientific data as proof, but anecdotal evidence would suggest that Catholics all over the world have heartily embraced Pope Francis’s “attitude adjustment program,” which he outlined in detail with his 2013 apostolic exhortation Evangelii Gaudium (Joy of the Gospel).

That extraordinary document (which Francis still considers the most important of his pontificate) is a summons to fully implement the Second Vatican Council’s vision for a non-judgmental and welcoming church, one that is less concerned with following “small-minded rules” and rubrics and more intent on leaving the sanctuary to serve, in the manner of a “field hospital,” the world and its needs.

But there has been resistance to this clarion call. And, unfortunately, it has manifested itself most noticeably among certain bishops and priests who have adopted a more reductive and revisionist reading of Vatican II.

Fortunately, Pope Francis will have a prime opportunity to weaken their opposition to his program by replacing many of those who wear the miter. Over the course of 2016 he could appoint more than 350 new bishops to step into “vacant sees” or to take over from diocesan ordinaries who are already seventy-five years of age or who will hit that milestone in the next twelve months.

Currently there are about a hundred dioceses around the world without a bishop. There are also roughly 165 local churches headed by bishops already beyond retirement age and just over a hundred others by prelates who will join that group at some point during the year.

Until the pope and his synod eventually reform the process of selecting bishops, the apostolic nuncio will continue to play a key role in finding good candidates. Luckily for Francis, a number of nuncios—including those in eight of the ten countries with the most dioceses—are due to be retired or moved to other posts. They could include the papal ambassadors in Brazil, Italy, the United States, India, France, Mexico, the Philippines, and Spain.

Of course, Pope Francis is also almost certain to create more cardinals sometime in 2016. If he does so later in the year and keeps the number of the papal electors (those under the age of eighty) at 120, he could give the red hat to probably thirteen or fourteen more men. However, he could always decide to increase the number of voting members and more dramatically reshape the college that will eventually elect his successor.

Either way, the seventy-nine-year-old pope will certainly be focusing more than ever this year on calling to the episcopacy and promoting to the cardinalate men who have the charism and willingness to be pastoral bishops.

In the first decade following Vatican II, it was the expected norm that the ordinary of a diocese would be a “pastoral bishop.” The very term—in the same way as “pastoral council”—was held in high honor. But it did not take long for the early revisionists of the council to make the adjective “pastoral” synonymous with “pansy,” “weak,” “soft,” “loosey-goosey,” and a whole other list of negative words and connotations. At the heart of the disdain that certain so-called “churchmen of sound tradition” had for anything “pastoral” was a fear that it meant a watering down of church doctrine.

In a recent and excellent article, the Italian church historian, Alberto Melloni, points out that Pope John XXIII specifically defined the Second Vatican Council as “pastoral” for exactly the opposite reason. Writing in the latest issue of Italianieuropei, Professor Melloni notes that, even some five or more decades ago when Good Pope John called the Council, there were those who were suspicious of anything labeled pastoral.

He said the late pope, well aware of this, wanted a “council that was ‘pastoral’ not because it was inferior to ‘doctrinal’ councils, as a simplistic Ratzingarian scholasticism would have it, but because he wanted it to be ‘more’ than a doctrinal council.”

“If, in fact, a doctrine does not embody the living presence of Christ,” writes Melloni, “it is not a doctrine; it’s an ideological crust the Church has used for contingent reasons and from which it must free itself (Evangelii Gaudium says this clearly and severely) so as not to put obstacles before the Gospel that speaks to everyone and for all times…”

The professor points out that before Vatican II doctrine was invoked with a capital letter “D,” whereas pastoral—with a small letter “p”—was used only in case-by-case situations. He says this is no longer so, or at least it should not be.

“After the Council a ‘doctrine” that is not adapted to the ‘Pastoral’ dimension has no reason to be invoked,” declares Melloni.

There is much more in his article that merits careful reflection, specifically his insight that there can be no reform of the Roman Curia until there is a reform of the papacy. And he says it’s obvious that Pope Francis has begun the process.

Perhaps Melloni’s most important observation, which few people seem to have grasped up to now, is that the current pope has already put down a foundation stone for the first major reform of the papacy since the eleventh century. He did late last year with his “motu proprio,” Mitis et Misericors Iesus, on simplifying marriage annulments.

“The ‘motu proprio,’” says Melloni, “constituted an act that is without precedence in the (ecclesiastical) history of the second millennium, by restoring to bishops the power of ‘iudex’ (judge) in their own Churches.”

He says this could have far-reaching consequences for decentralization of ecclesial authority and the development of true synodality throughout the Church.

Melloni writes: “This reactivation of episcopal responsibility is what’s needed to free the papacy from defending useless prerogatives and give back to local churches a voice, not for the democratization of the church, but in order for it to function as a communion and to initiate synodality as its nature.”

He says it is a “true miracle” that Pope Francis has already begun the process by raising the Synod of Bishops to the level of “effective synodality.”

In too many places around the world Christmas ended on the evening of December 25. And no wonder, holiday decorations and music—most of which have nothing to do with commemorating the birth of Jesus Christ—started appearing just after Halloween!

Since Advent has no place in this era of commercialized—yes, small “c”—christmas, it’s hardly surprising that once December 26 rolls around, much of the world starts preparing for the next consumer holiday—Valentine’s Day. And this year Christians will be already be several days into Lent by then, given that Ash Wednesday falls on February 10.

In any case, we Catholics are still in the Christmas season right now, at least liturgically. We don’t return to “ordinary time” until next Monday. Practically, however? That’s another matter.

At least here in Italy the Christmas seasons lingers leisurely and festively up until the January 6 celebration of Epiphany, which many in the Western Church already observed last Sunday. Epiphany—always on January 6!—is a huge public holiday in this still vastly Catholic country. It is the culmination of a string of days, stretching from at least December 24, that bring family and friends around the table for special meals together.

Sometimes there can be little, unexpected surprises, as happened after one such gathering I was part of on New Year’s Day. I had just come from a long and delicious lunch with friends at a favorite haunt in the historic center of Rome. I was standing alone by the curb to unlock my bicycle when, suddenly, two motorcycles rumbled by. They were part of the police escort routinely afforded to VIPs passing through the Eternal City.

Sure enough, a blue Ford Focus appeared next and the passenger in the backseat smiled and waved.

He was on his way to the Basilica of St. Mary Major across town to open yet another Holy Door.